The Kauai Endangered Seabird Recovery Project (KESRP) has turned to lasers in an effort to halt Endangered Newell’s Shearwaters Puffinus newelli from flying into power lines at night.  A shortened version of KERSP’s news report follows.

““We have power lines that go all around the island and the birds … obviously have trouble seeing them because the lines stretch across the fly paths,” said KERSP’s Andre Raine.

The Kauai Island Utility Cooperative and Kauai Endangered Seabird Recovery Project came up with a plan. They installed 30 lasers on utility poles in ‘Ele’ele which creates what they call a light fence. “So we are firing the lasers in front of the lines and the idea is make the lines more visible,” said Raine.  After more than year of positive results the laser experiment will continue. Starting this month new lasers will be installed and testing will run through December.

The biologists observed birds flying above the light fence to avoid it, but it is too soon to tell if the experiment is a success, so that is why [they] are continuing the project.  The lasers run parallel to the ground and pose no threat to aircraft or people.  In addition to the lasers, the groups will be installing bird diverters, known as firefly units.  The devices hang from the power lines and have reflectors and glow in the dark features that make them visible to birds in low light conditions. The lasers are also meant to keep other endangered seabirds safe as well.”

The KESRP is a Division of Forestry and Wildlife (DOFAW) project, administered through the Pacific Studies Co-operative Unit of the University of Hawai’i.  Formed in 2006, the project focuses primarily on three threatened seabirds found on the island of Kauai – Newell’s Shearwater, Hawaiian Petrel Pterodroma sandwichensis and Band-rumped Storm Petrel Oceanodroma castro.  Work involves identifying the breeding distribution of these rare seabirds, monitoring their breeding colonies, undertaking research projects to better understand their life histories and the various threats which they face, and working with partner projects and organizations to ensure their long-term conservation.

Read earlier news items on Newell’s Shearwater in ACAP Latest News including on its status as a full species. 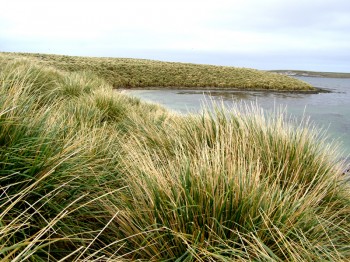 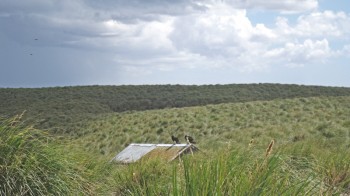 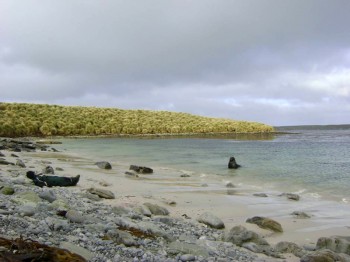 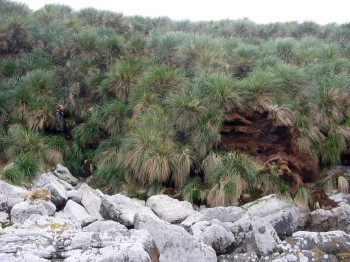 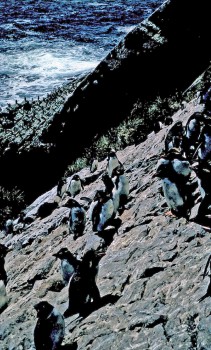 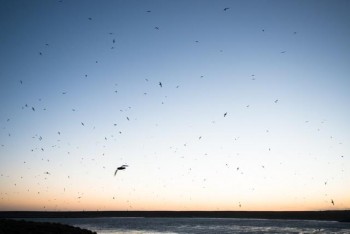 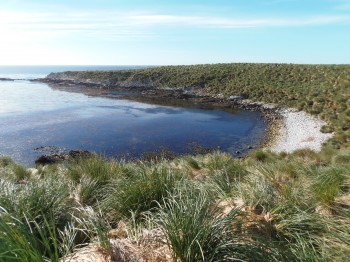 A portrait of Samuel Taylor Coleridge, author of The Rime of the Ancient Mariner

Ah! well a-day! what evil looks
Had I from old and young!
Instead of the cross, the Albatross
About my neck was hung.

I continue here with the occasional series of stories in ACAP Latest News that covers the appearance of albatrosses and petrels in art and literature.  This time we revisit a famous poem that led to the word albatross being used metaphorically “to mean a psychological burden that feels like a curse” (click here).

The Rime of the Ancient Mariner by romantic poet Samuel Taylor Coleridge (21 October 1772 – 25 July 1834) written over 1797–1798 is probably the most-well-known poem that includes an albatross with its central theme.

During a recent visit to the United Kingdom’s National Portrait Gallery in London I came across an oil-on-canvas painting dated 1795 (when Coleridge was 22 or 23) by the Dutch artist Peter Vandyke (1729-1799). 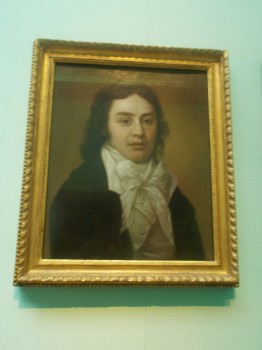 Coleridge wrote his famous poem near Watchet in the UK’s Somerset where he is commemorated by a statue of the albatross-bedecked mariner on the harbour side that was unveiled in September 2003.  It is said that Coleridge was influenced by the sight of the town to write his Rime (click here). 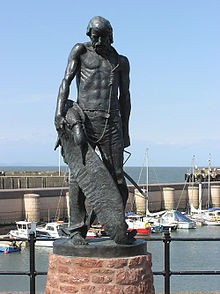 The cottage that Coleridge rented nearby where he wrote both the Rime and his equally famous poem Kubla Khan is now a National Trust property open to the public (click here). 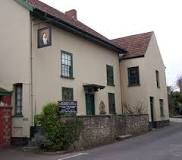 I tip my hat to a man who also wrote these beautiful lines:

In Xanadu did Kubla Khan
A stately pleasure-dome decree
Where Alph, the sacred river, ran
Through caverns measureless to man
Down to a sunless sea.

Ann Edwards (Alaska Fisheries Science Center, Seattle, Washington, USA) and colleagues have published open-access and online in the journal PLoS ONE on the foraging strategies of Laysan Albatrosses Phoebastria immutabilis in relation to fisheries as deduced from stable isotope analyses.

“Fatal entanglement in fishing gear is the leading cause of population decline for albatross globally, a consequence of attraction to bait and fishery discards of commercial fishing operations.  We investigated foraging strategies of Laysan albatross (Phoebastria immutabilis), as inferred from nitrogen and carbon isotope values of primary feathers, to determine breeding-related, seasonal, and historic factors that may affect the likelihood of association with Alaskan or Hawaiian longline fisheries.  Feather samples were collected from live birds monitored for breeding status and breeding success on Midway Atoll in the northwestern Hawaiian Islands, birds salvaged as fisheries-bycatch, and birds added to museum collections before 1924.  During the chick-rearing season (sampled April-May), means and variances of stable isotope values of birds with the highest, most consistent reproductive success were distinct from less productive conspecifics and completely different from birds caught in Hawaiian or Alaskan longline fisheries, suggesting birds with higher multi-annual reproductive success were less likely to associate with these fisheries.  Contemporary birds with the highest reproductive success had mean values most similar to historic birds.  Values of colony-bound, courting prebreeders were similar to active breeders but distinct from prebreeders caught in Alaskan longline fisheries.  During the breeding season, δ15N values were highly variable for both contemporary and historic birds.  Although some historic birds exhibited extremely low δ15N values unmatched by contemporary birds (< 11.2‰), others had values as high as the highest fishery-associated contemporary birds.  During the non-breeding season (sampled July-September), isotopic variability coalesced into a more narrow set of values for both contemporary and historic birds.  Our results suggest that foraging strategies of Laysan albatross are a complex function of season, breeding status, and multi-annual breeding success, factors that likely affect the probability of association with fisheries.

How to handle a breeding Westland Petrel: the Museum of New Zealand Te Papa Tongarewa explains

“The last vestiges of light are fading over Paparoa National Park, Westland in the South Island of New Zealand.  As the skies darken, a magnificent silhouette can be seen soaring above a small group of scientists.  Soon one silhouette becomes many and within fifteen minutes of the first sighting, birds begin to plummet down into the bush, hitting the ground with a disarming crash.  There ensues a cacophony of sound as birds call to their nesting partners, or perhaps to each other – a wild kind of party on the forest floor in this remote part of the country.”

Kate Whitley of the Museum of New Zealand Te Papa Tongarewa explains in her illustrated on-line account how to extract an ACAP-listed and Vulnerable Westland Petrel Procellaria westlandica from its burrow at the species’ only breeding site.  A burrowscope is first used to check for presence, the birds are then carefully removed (with gloves!) so that previously fitted GPS loggers can be downloaded of the birds' at-sea movements.

“The local community [is] embracing the fact that they have a unique Petrel colony on their doorstep, and this year launched the inaugural ‘Return of the Westland Petrel’ festival.  The highlight of the festival was a beach parade where locals could witness the birds soaring in overhead on their return to the nesting site.”

One of the May festival’s highlights was also the unveiling of a huge model petrel in a tree above the entertainment stage (click here).