Featuring ACAP-listed species and their photographers: the Sooty Albatross by Stefan Schoombie 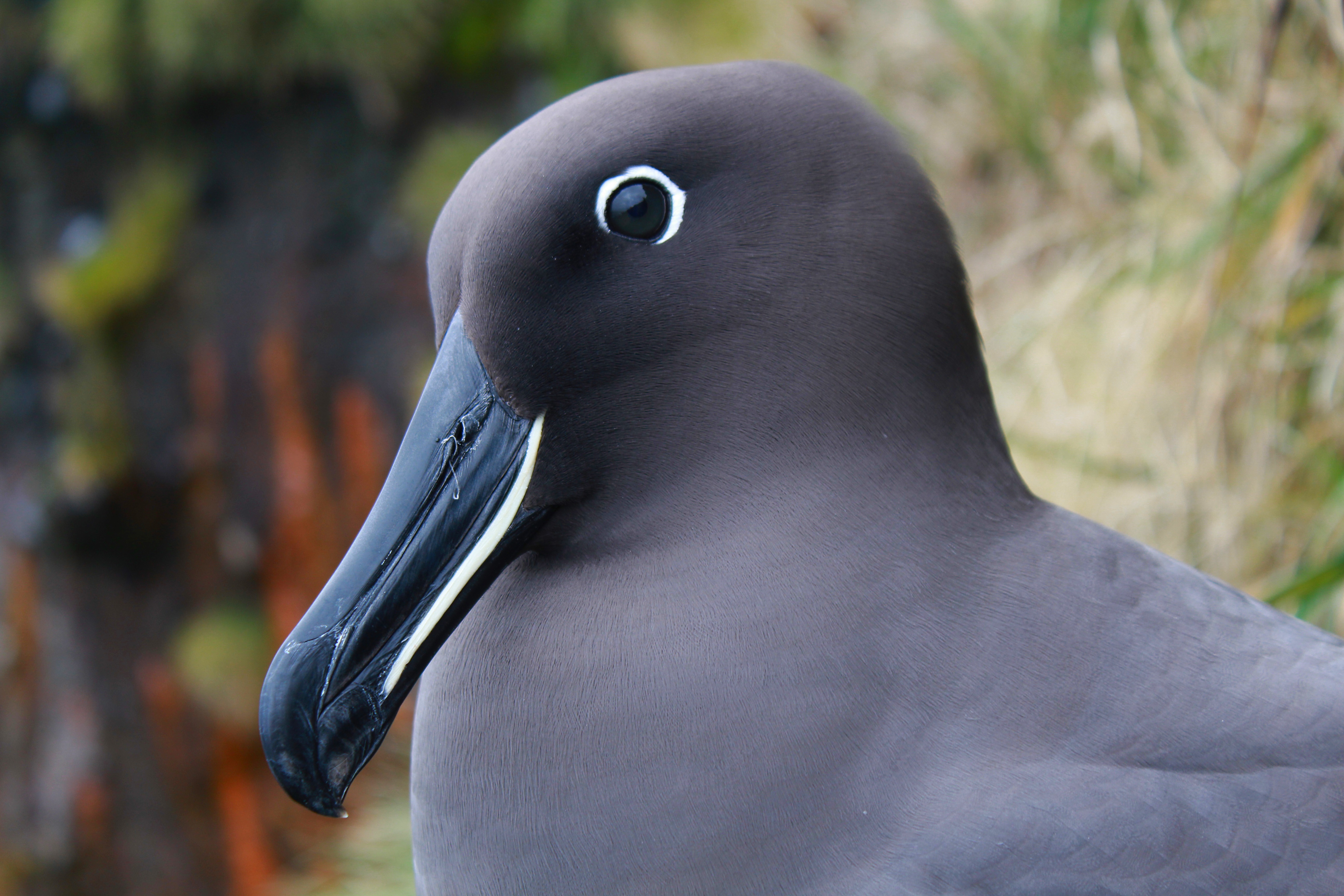 Portrait of a Sooty Albatross on Marion Island

NOTE:  This post continues an occasional series that features photographs of the 31 ACAP-listed species, along with information from and about their photographers.  Here, Stefan Schoombie writes about his MSc and PhD research conducted on the globally and regionally Endangered Sooty Albatross Phoebetria fusca breeding on South Africa’s sub-Antarctic Marion Island in the southern Indian Ocean.  See species so far covered in the series in the Photo Essays section on this website. 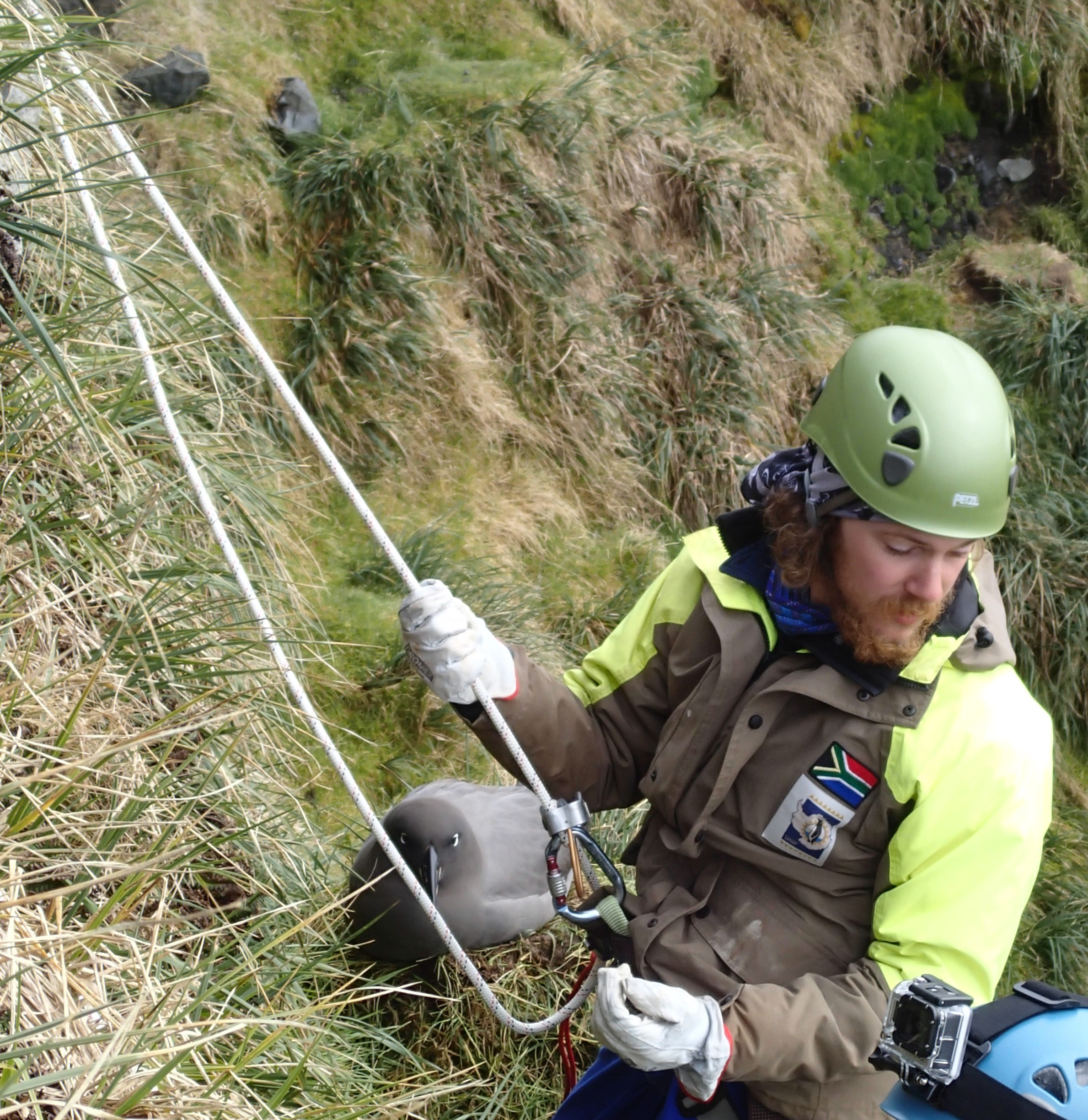 With breeding Sooty Albatrosses looking on, Stefan Schoombie abseils down a Marion Island coastal cliff to reach their nests

I have always had a keen interest in the ocean and taking pictures of its inhabitants.  However, it was only in 2013, when I joined the 70th Marion Island Overwintering Expedition (M70), that I was introduced to the wonders of the seabird.  The voyage to Marion Island involves a four- to five-day trip onboard South Africa’s Antarctic research and supply vessel, the S.A. Agulhas II, from which one has the opportunity to witness the incredible flying capabilities of seabirds, ranging from the smallest storm petrel to the largest albatross, all co-existing in the same harsh conditions.  The capability of seabirds to thrive in the Southern Ocean, notorious for its strong winds, fascinated me from the start and I was lucky enough to be given the opportunity to further my studies with albatrosses and petrels as the   subject.  For the past eight years I have been studying the at-sea distribution and behaviour of a range of albatross and petrel species, and in between my academic studies I overwintered on Marion Island again in 2015/16 and 2019/20 as part of the M72 and M76 expeditions.  Although I have only seen albatrosses breeding on Marion Island, I hope one day to visit some of their other sub-Antarctic sites. 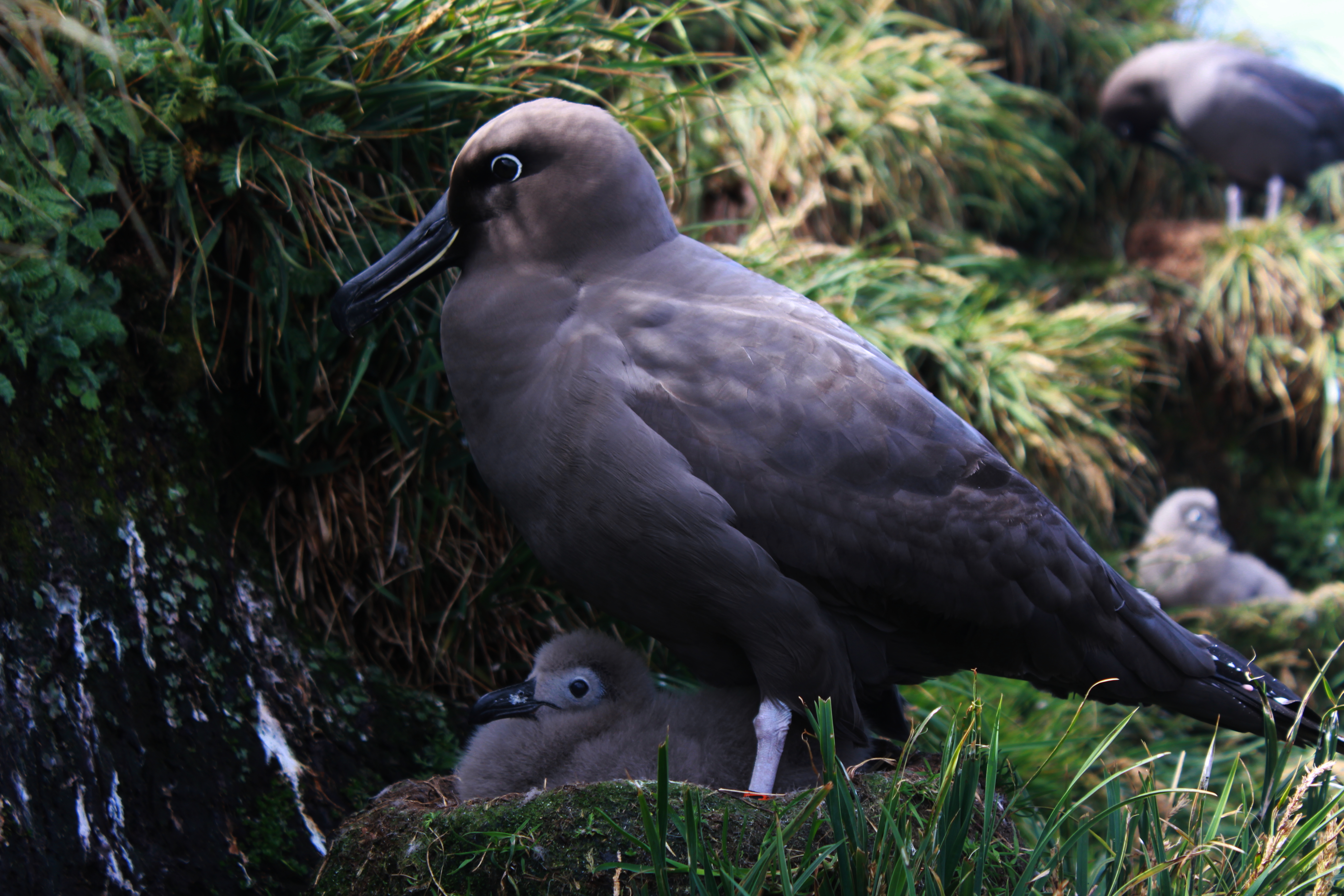 A Sooty Albatross stands over its chick

In 2013 I started an MSc project with the University of Cape Town’s FitzPatrick Institute of African Ornithology looking at the demographics and movements of the Sooty Albatross.  This involved setting up long-term monitoring colonies at various sites on Marion Island, which was not an easy task. Sooty Albatrosses are cliff-nesting birds and accessing their nesting sites is often challenging and, in many cases, requires the use of climbing gear. 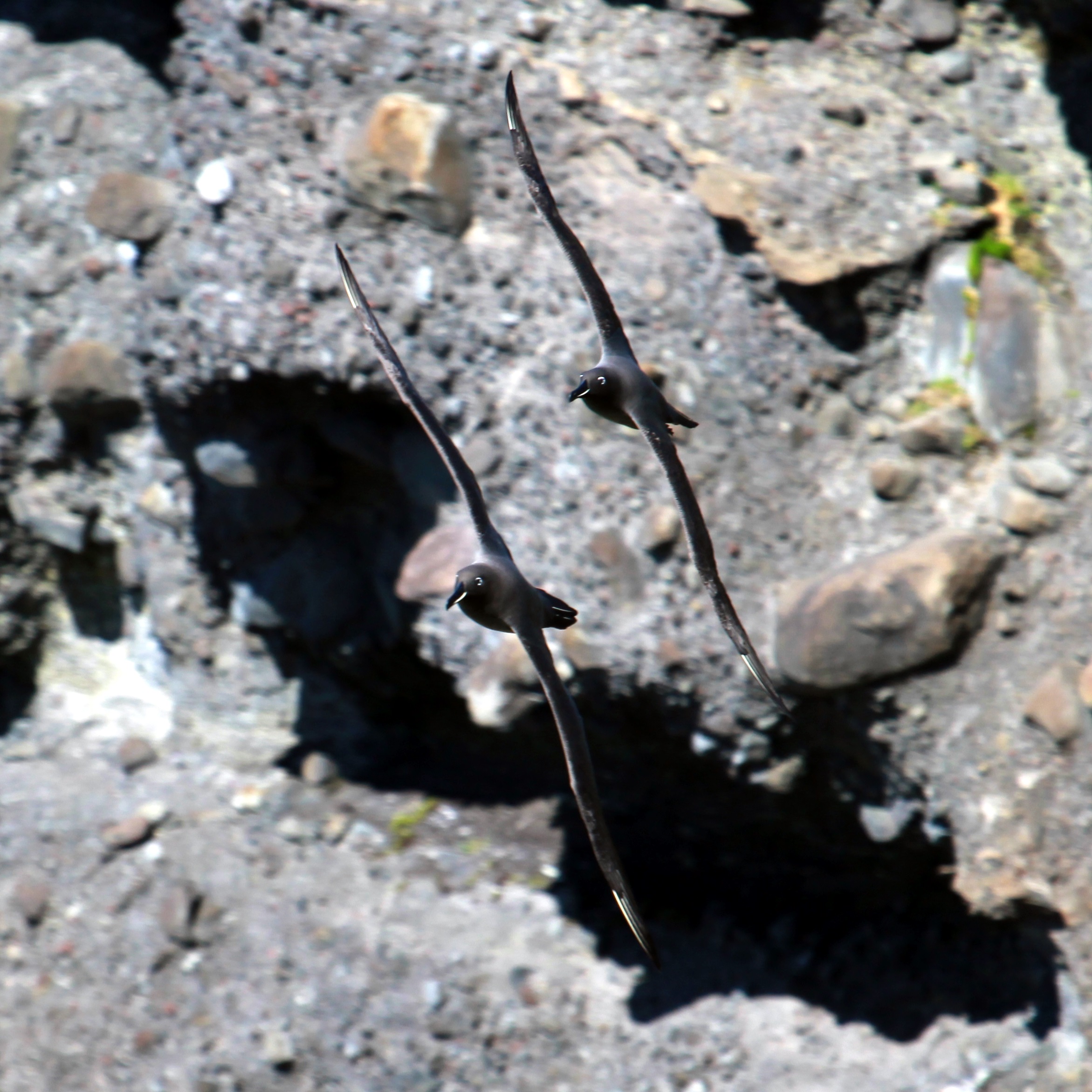 Working with Sooty Albatrosses is not for the faint-hearted, but it is very rewarding as these birds provide endless awe and entertainment.  Apart from their white eye ring giving them a surprised look, they produce an unmistakable call which can be heard from far away when echoed along the cliffs. Sooty Albatrosses are excellent flyers, but landing can be challenging when trying to land on a ledge in a gusting wind.  This results in the birds often circling their nesting sites for long periods of time, producing a spectacular sight in the sky with some impressive evasive flight manoeuvres when the air traffic is high.  Part of their courting rituals also involve a synchronous flight, where two birds closely follow each other’s flight patterns. 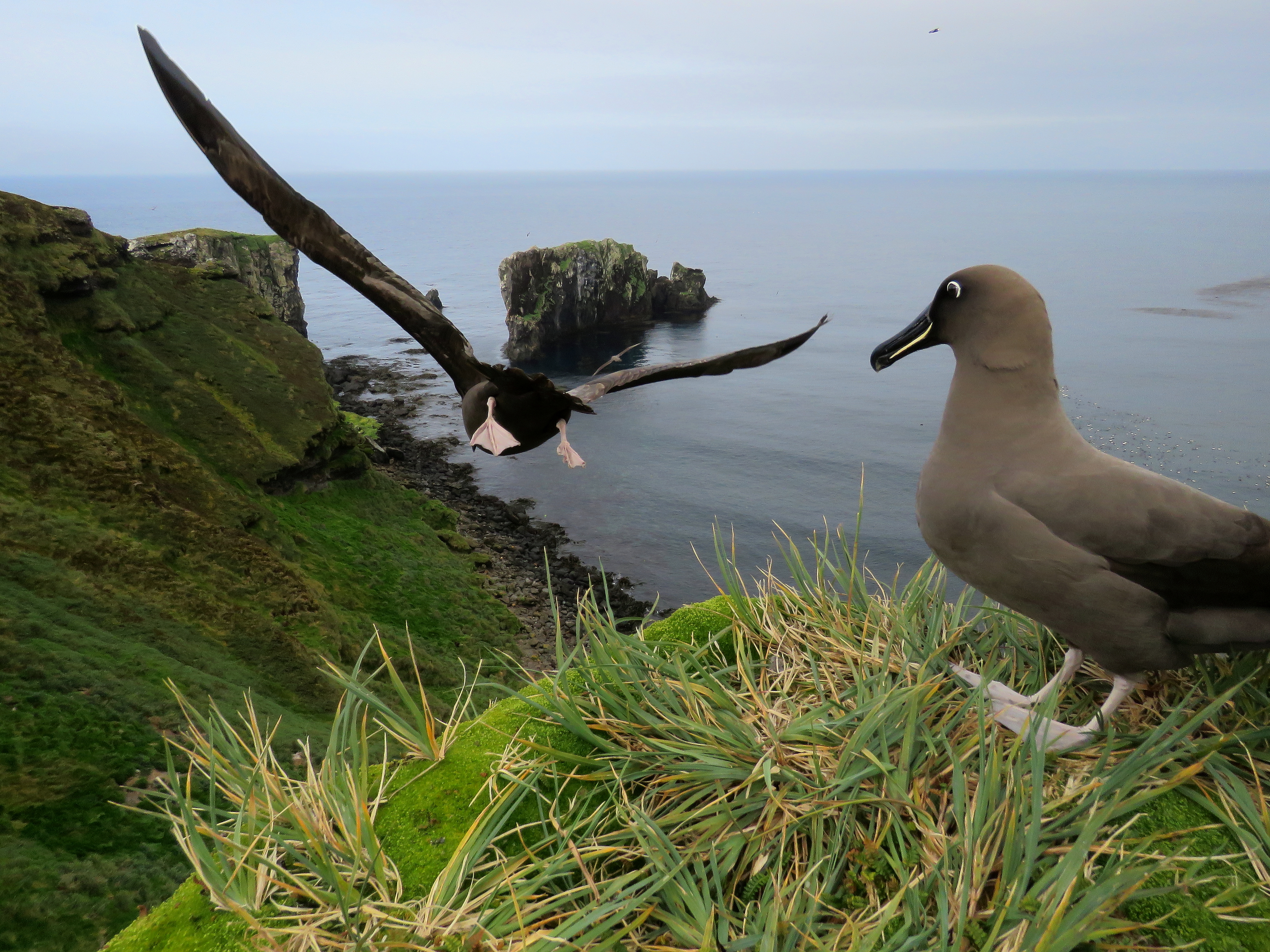 As part of my MSc project, I looked at the at-sea distribution of Sooty Albatrosses using GPS loggers, tracking the movement of the birds during a foraging trip.  I was astounded at the distances the birds were able to travel within a relatively short amount of time.  This prompted me to further my studies into the at-sea behaviour of albatrosses, specifically focusing on their fine-scale flight, which formed the basis of my recently awarded PhD thesis.  This project included the use of bird-borne video cameras on Sooty Albatrosses which produced a glimpse into their flying capabilities, as seen from their own perspective.  To me, these images highlighted the harsh conditions that albatrosses thrive in and just how incredible their flight really is. 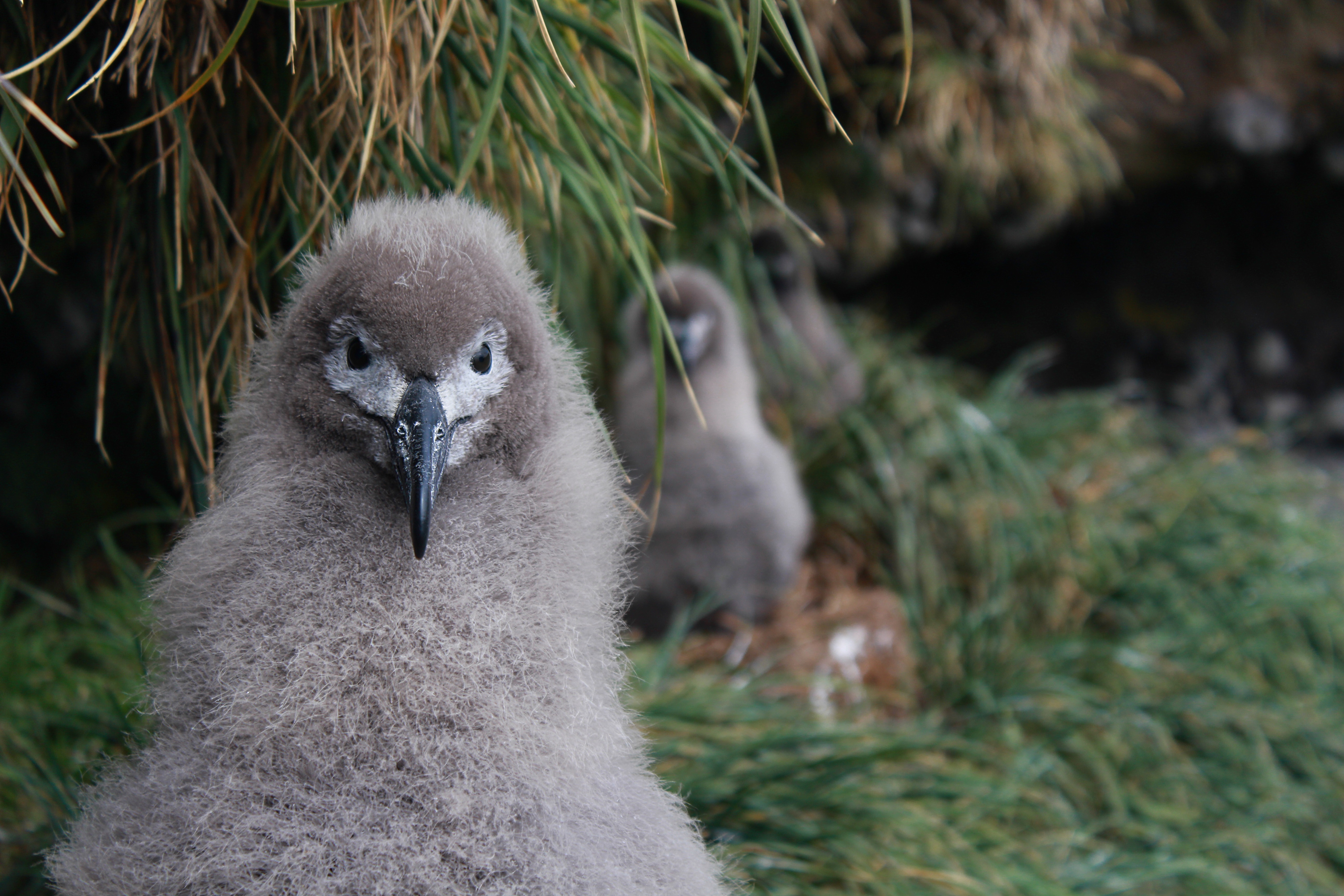 While spending time on Marion Island, it was encouraging to see that Sooty Albatross numbers seemed to have increased.  However, this may be short-lived as breeding seabirds have recently fallen prey to invasive House Mice Mus musculus which attack defenceless chicks, often leading to their death.  Unfortunately, the Endangered Sooty Albatross has also been affected by these mouse attacks on Marion Island and urgent intervention is now necessary. 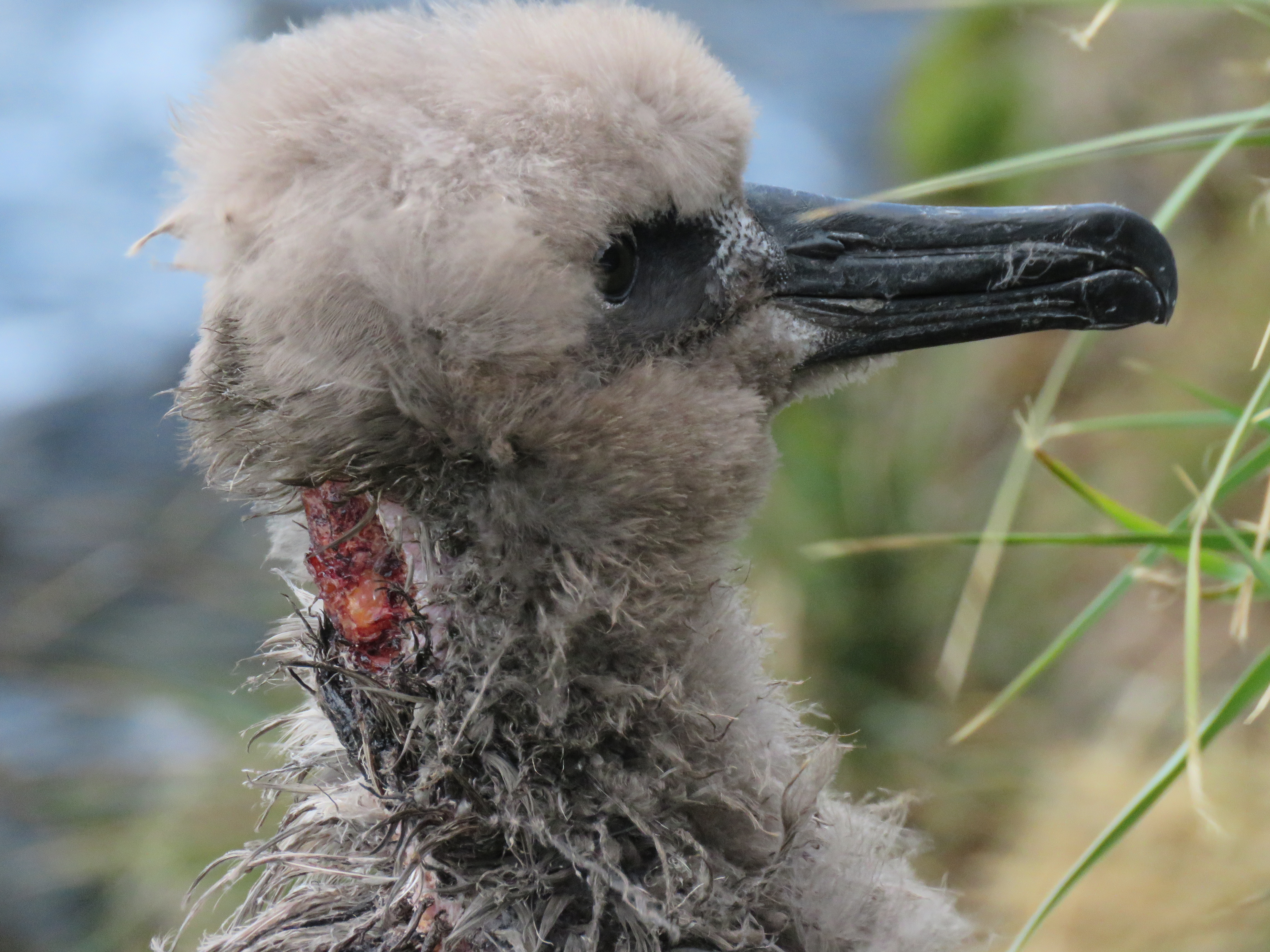 Not expected to survive: a Sooty Albatross chick bears a neck wound caused by Marion's House Mice
All photographs by Stefan Schoombie