Banking on it. Mounted cameras reveal details of dynamic soaring in Wandering Albatrosses 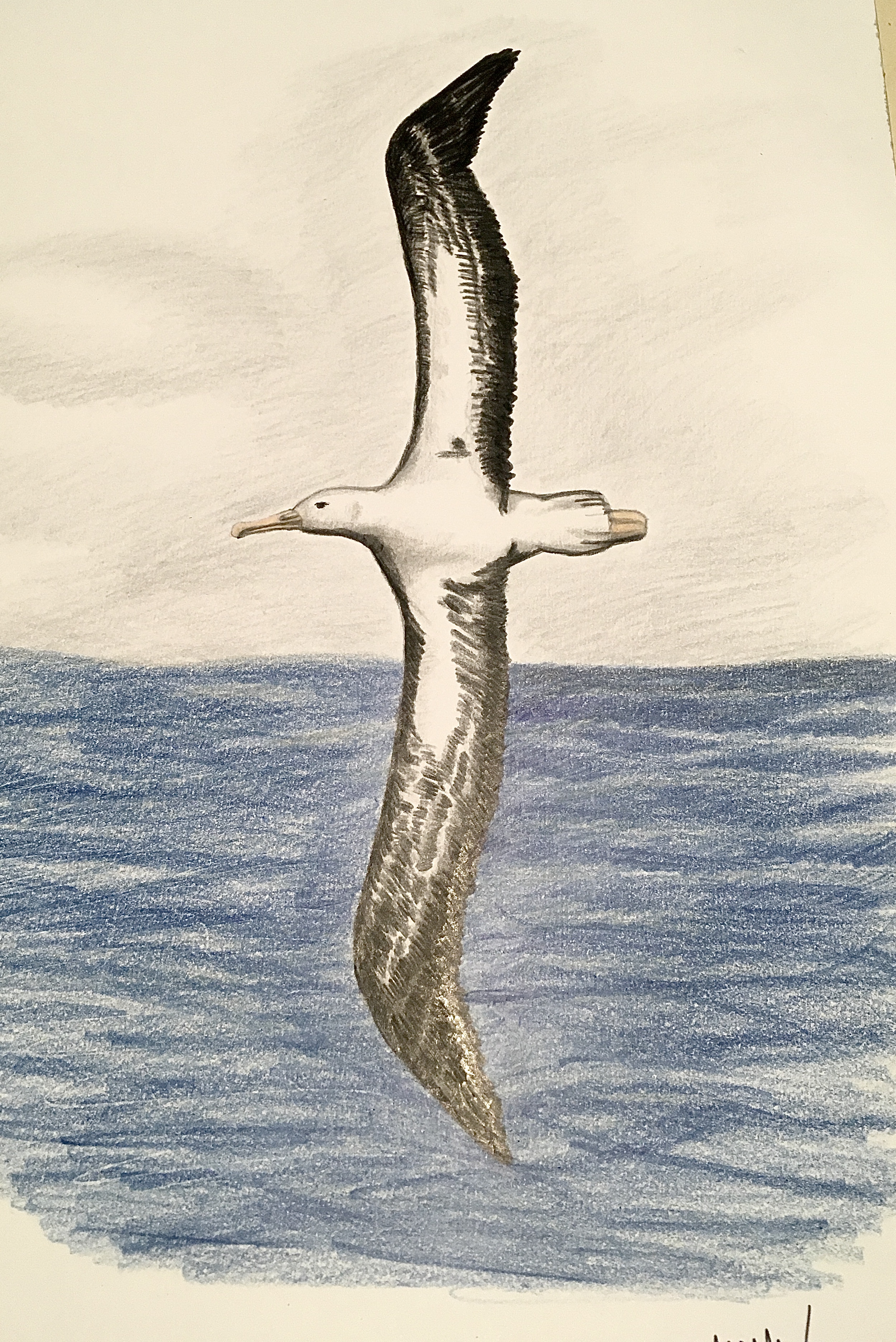 A banking Wandering Albatross, artwork with coloured pencils for ACAP by Milena A. Maira Marchesse

“The use of miniaturized video cameras to study the at-sea behavior of flying seabirds has increased in recent years. These cameras allow researchers to record several behaviors that were not previously possible to observe. However, video recorders produce large amounts of data and videos can often be time-consuming to analyze. We present a new technique using open-source software to extract bank angles from bird-borne video footage. Bank angle is a key facet of dynamic soaring, which allows albatrosses and petrels to efficiently search vast areas of ocean for food. Miniaturized video cameras were deployed on 28 Wandering Albatrosses (Diomedea exulans) on Marion Island (one of the two Prince Edward Islands) from 2016 to 2018. The OpenCV library for the Python programming language was used to extract the angle of the horizon relative to the bird’s body (= bank angle) from footage when the birds were flying using a series of steps focused on edge detection. The extracted angles were not significantly different from angles measured manually by three independent observers, thus being a valid method to measure bank angles. Image quality, high wind speeds, and sunlight all influenced the accuracy of angle estimates, but post-processing eliminated most of these errors. Birds flew most often with cross-winds (58%) and tailwinds (39%), resulting in skewed distributions of bank angles when birds turned into the wind more often. Higher wind speeds resulted in extreme bank angles (maximum observed was 94°). We present a novel method for measuring postural data from seabirds that can be used to describe the fine-scale movements of the dynamic-soaring cycle. Birds appeared to alter their bank angle in response to varying wind conditions to counter wind drift associated with the prevailing westerly winds in the Southern Ocean. These data, in combination with fine-scale positional data, may lead to new insights into dynamic-soaring flight.”

With thanks to Janine Schoombie.