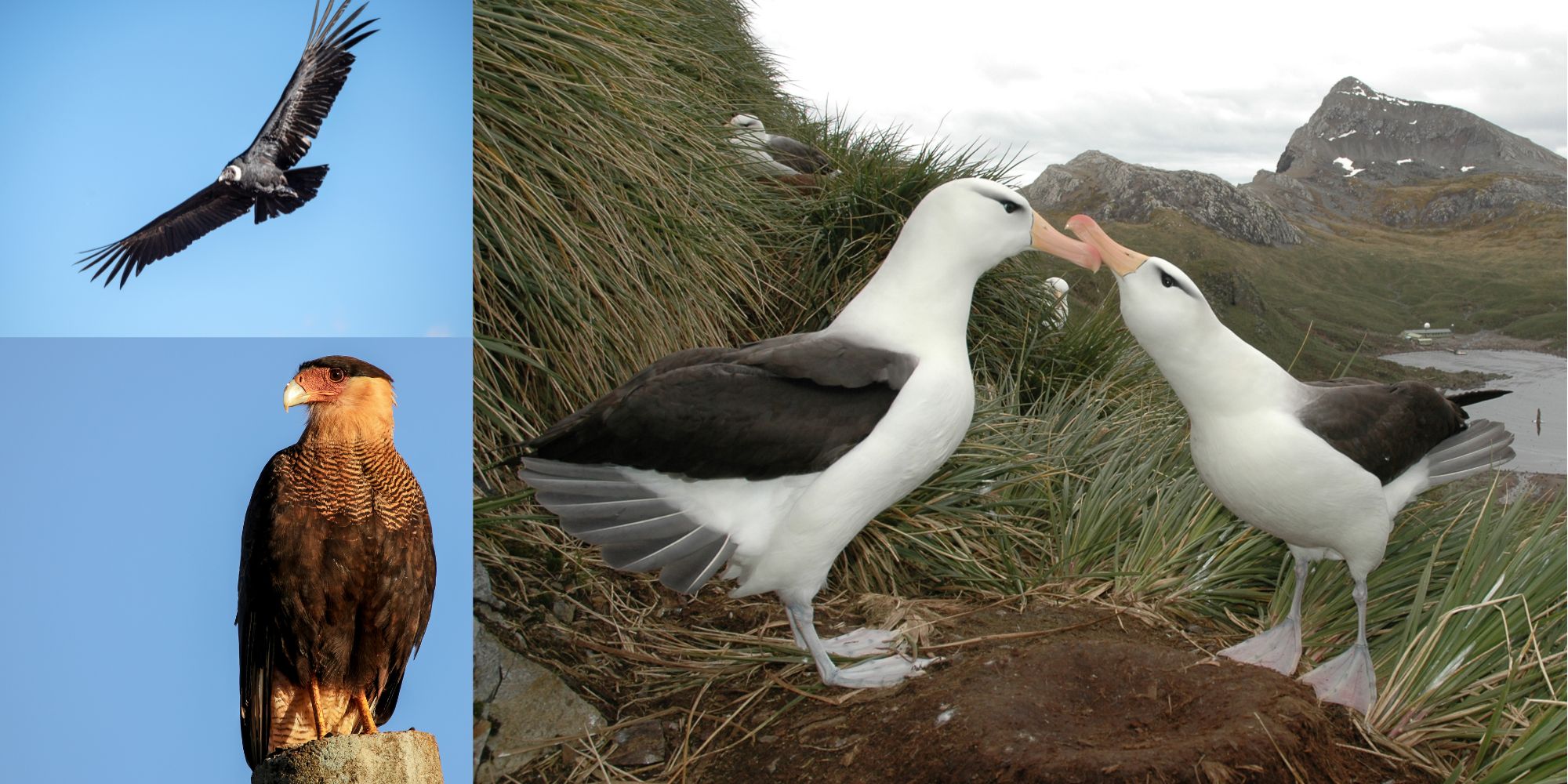 A new study has identified the top native avian predators for the colony of Black-browed Albatrosses Thalassarche melanophris breeding in the inner waters of Tierra del Fuego, Chile. The study, by Daniela Droguett (Ministerio de Medio Ambiente (Ministry of the Environment), Punta Arenas, Chile) and colleagues, has been published in the journal, Polar Biology.

“The breeding season is the most vulnerable period in the early stages of the life cycle of seabirds, due to the exposure of their eggs and chicks to the impact by predators. Most of the studies on predator–prey relationships between the Black-browed albatross (Thalassarche melanophrys) and other predators like raptors, were carried out in breeding colonies located in oceanic and highly isolated areas, such as Antarctic islands. However, breeding colonies located in the Sub-Antarctic fjords have not been studied. The geographical position of the study colony makes it susceptible to a wider spectrum of predators than the oceanic islands. Therefore, it is unknown how predation dynamics affect the reproductive success of this species. Here, we show for the first time the identity and activity of avian native predators on the colony in the inner waters of southern Tierra del Fuego, Chile. This study covered seventeen field visits between 2017 and 2020 to monitor the reproductive activity of this colony. In this study, we identified the interaction between predators, the breeding activity and success of albatrosses using direct census and camera traps. Across the study, the number of breeding pairs ranged from 64 (2017) to three (2019) breeding pairs of the Black-browed albatross. Terrestrial birds with occurrence on the colony were the Andean condor, Southern caracara, Chimango caracara and the Turkey vulture. Our results showed that the main avian predator species affecting the breeding success of the Black-browed albatross, were both the Andean condor and the Southern caracara. The Black-browed albatross is a conservation target in this area since of the colony of Islote Albatros is currently part of the Seno Almirantazgo Marine protected area. Therefore, baseline informations on species interactions are fundamental for its management particularly when native predators like the Andean condor are also threatened species globally.”