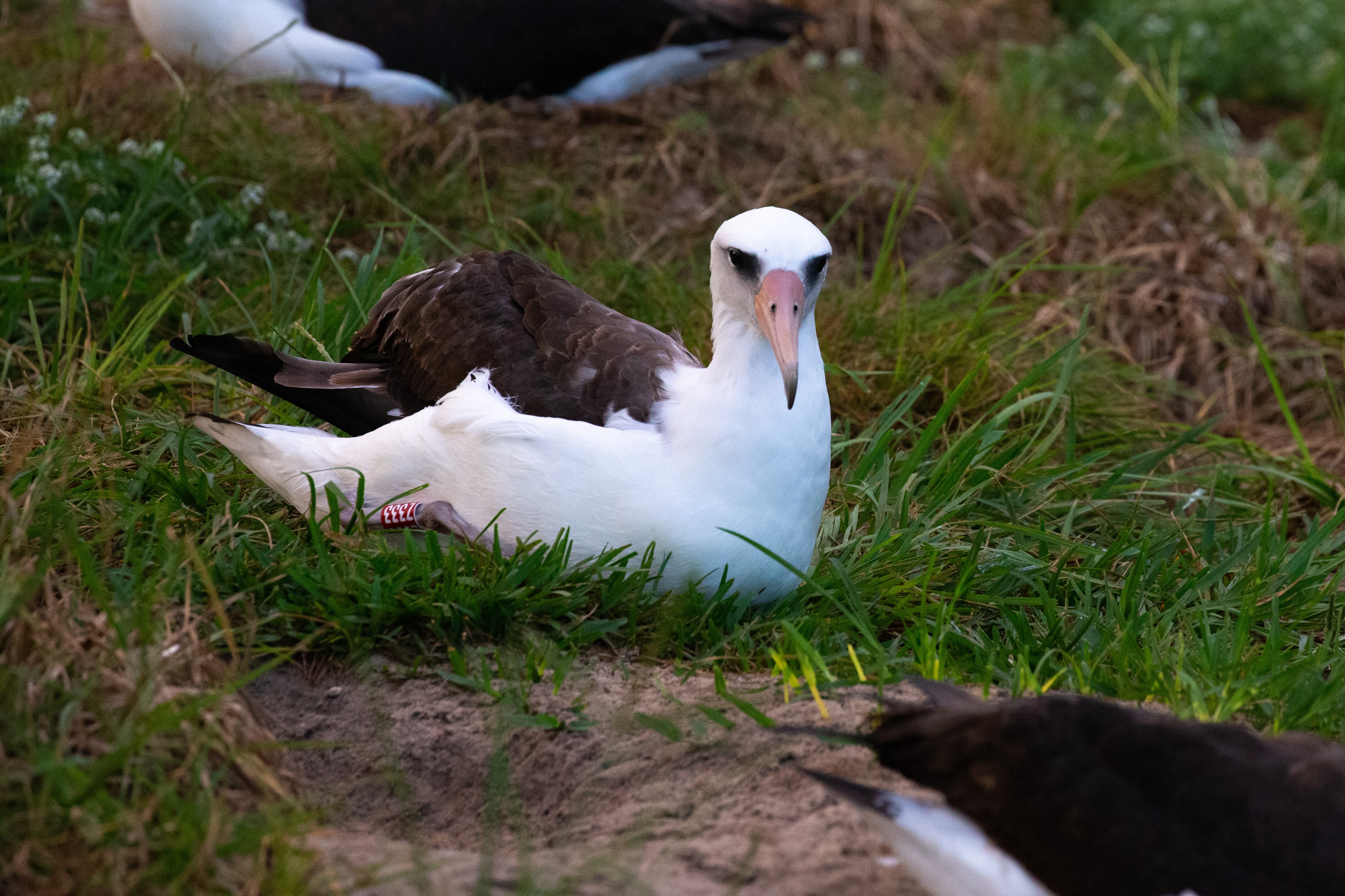 Wisdom, the female Laysan Albatross Phoebastria immutabilis, who is the world’s oldest known banded wild bird, has been seen back on the USA’s Midway Atoll National Wildlife Refuge in the North Pacific.  With an estimated minimum age of 70, she has now reached her eighth decade (click here).  Wisdom was first seen at her nest usual nest site on the atoll’s Sand Island -on 26 November, one day earlier than in 2020.  The last sighting of Wisdom around her nest cup was made on 5 December. 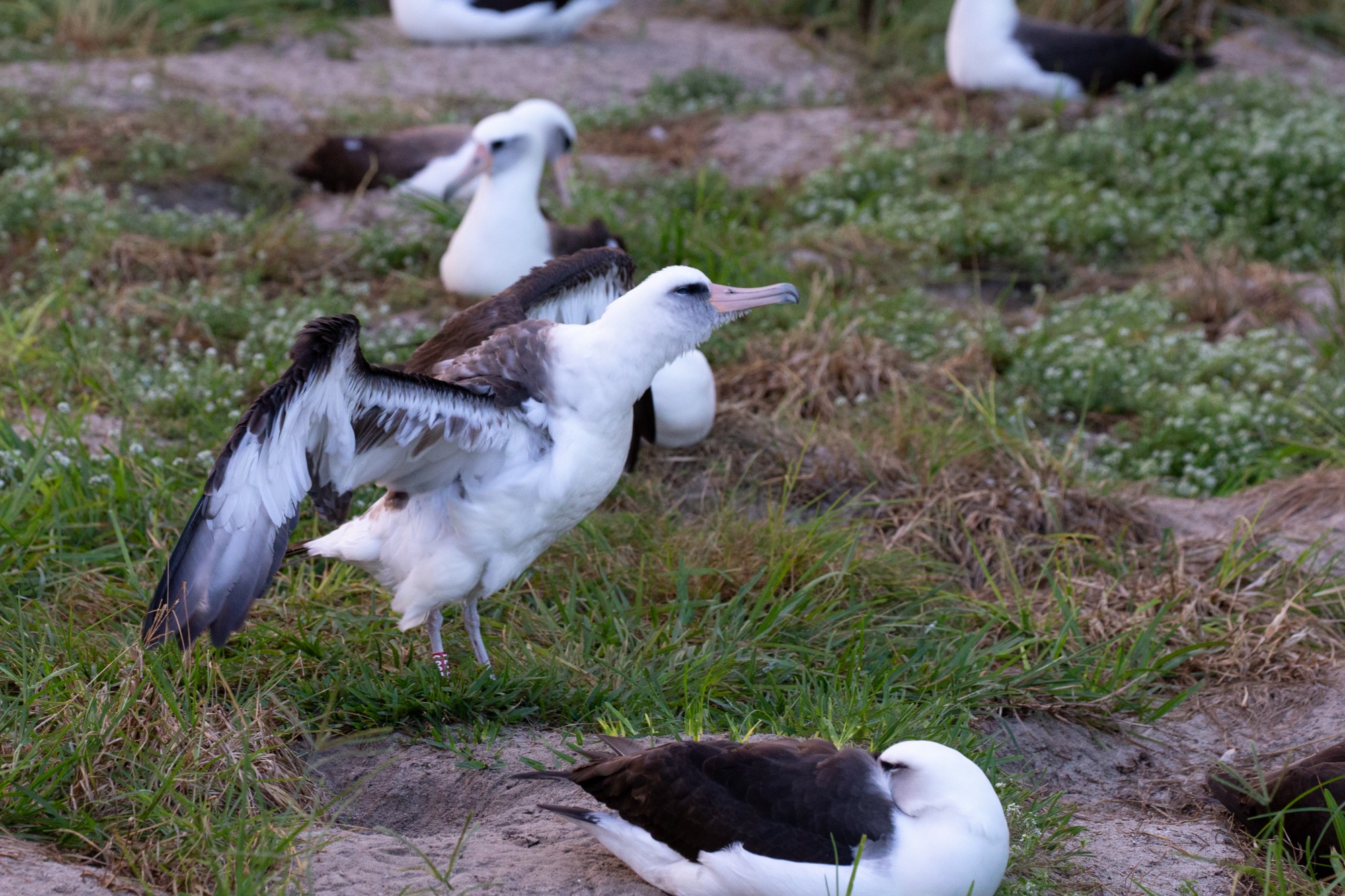 “There have been no observations of Akeakamai [her mate of the last few seasons] this year and no evidence of a nest cup; so it is unlikely that they will nest this year,” said Jon Plissner, Wildlife Biologist at Midway Atoll. “We will continue to monitor the area through the month of December, as a few new nest starts of Laysan Albatross can occur in December.”

“It is normal for albatrosses take a year off from parenting between chicks.  Wisdom and her mate have met on Midway Atoll to lay and hatch an egg almost every year since 2006.  It is estimated that Wisdom has laid between 30–36 eggs in her lifetime.  In 2018, her chick that fledged in 2001 was observed just a few feet away from her current nest, marking the first time a returning chick of hers has been documented.  The chick returned to the same area each year since then but this December was found 200 yards [180 m] away on a nest of its own.”