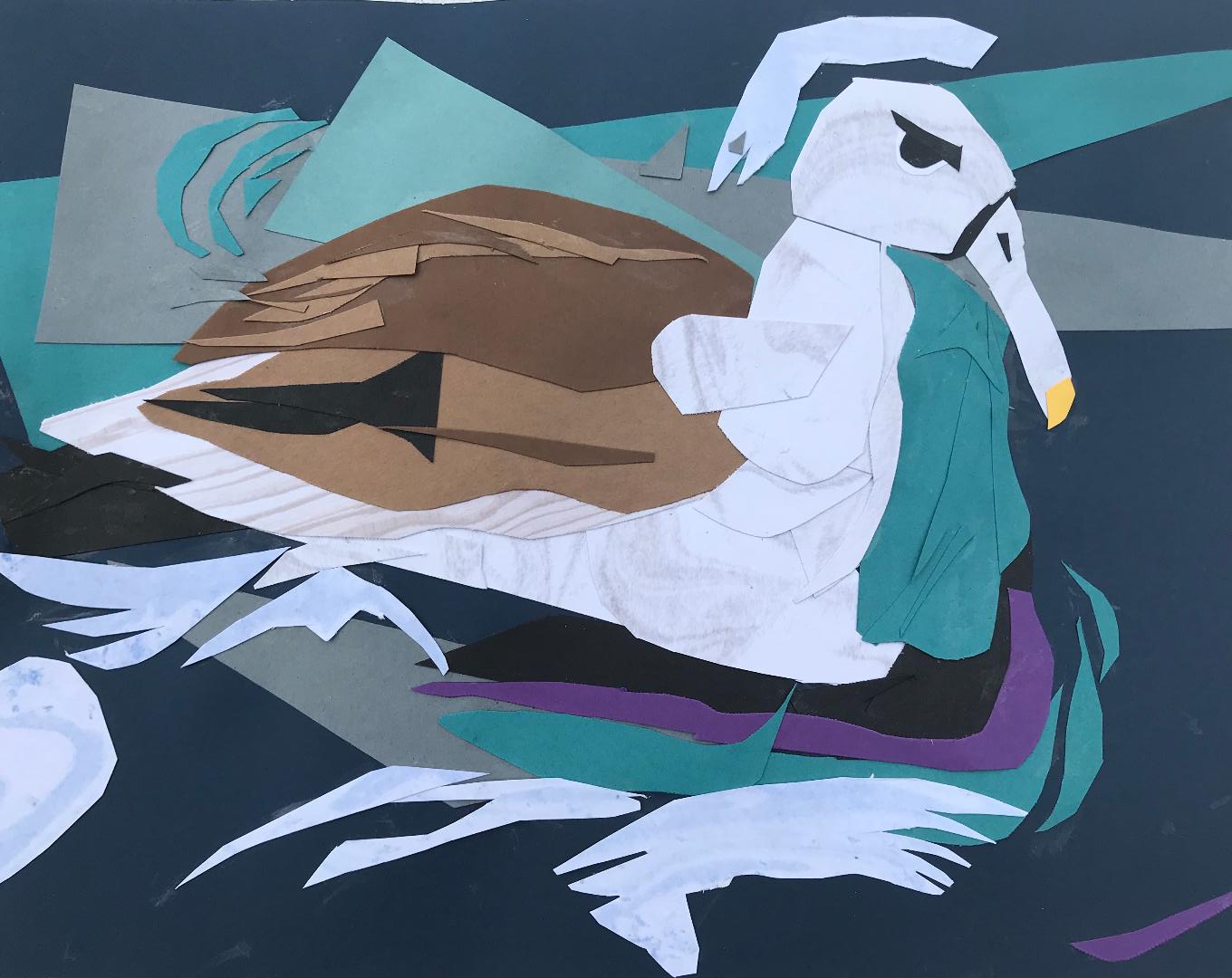 White-capped Albatross by Ellyn Bousman Lentz‎, from a photograph by Laurie Smaglick Johnson

Elizabeth (‘Biz”) Bell (Wildlife Management International Ltd, Blenheim, New Zealand) has produced s report for the Conservation Services Programme of the Department of Conservation on seabirds captured in New Zealand fisheries over 2019/2020.  White-chinned Petrels Procellaria aequinoctialis (Vulnerable) and White-capped Albatrosses Thalassarche steadi (Near Threatened) accounted for half of the 250 returned corpses (comprising 24 taxa) examined; 173 from trawl fisheries and 82 from longline vessels.  The report is the latest of a series produced annually over the last two decades (see the report’s cited references).

“New Zealand w aters support a diverse range of seabird species, but much of the commercial fishing activity in the region overlaps with their ranges. The accurate identification of seabirds captured in New Zealand fisheries is vital for determining the potential impact of fisheries on these populations. Between 1 July 2019 and 30 June 2020, a total of 844 seabirds were reported as incidental interactions with commercial fishing vessels by on‐board New Zealand Government observers; of these 250 were returned for necropsy and 594 were interactions (298) or photographed (296) as dead or alive captures.  There were 250 seabirds comprising 24 taxa incidentally killed as bycatch and returned for necropsy. Birds were returned from 16 longline (n = 82 seabirds), 35 trawl (n = 163 seabirds) and five set net (n = 5 seabirds) vessels and were dominated numerically by five species: white‐chinned petrel (n = 80, 32%), New Zealand white‐capped albatross (n = 43, 17.2%), sooty shearwater (n = 28, 11.2%), Salvin’s albatross (n = 27, 10.8%) and Buller’s albatross (n = 27, 10.8%). These five species accounted for 82% of all returns. All birds returned from longline fisheries had injuries consistent with being hooked in the bill, throat, or wing. In contrast, most birds (74.2%) returned from trawl fisheries were killed through entanglement in the net, cod‐end, or pound, with 18.4% likely to have been killed by warp interaction or entanglement. Eight birds were killed by striking the deck of the trawl vessel. Birds had the same mean fat scores in comparison to birds from the last fishing year, and discards, including offal, appear to continue to be an attractant for many seabirds.  In addition to the seabirds that were returned for necropsy, examination of the Ministry for Primary Industries Central Observer Database (COD) and images provided by Government observers gave a total of a further 594 seabirds that were reported as interactions or photographed (as dead or alive captures) aboard 51 fishing vessels (and may include some non‐capture interactions). Almost half (47.3%) of the seabirds reported in these interactions were released alive.  Out of these 594 records of seabird interactions, photographs were taken of 296 seabirds consisting of 15 taxa. Image quality varied widely, with poor images being particularly common for birds that were alive and seen on‐board for short periods. Images of dead birds have improved with multiple images taken for each specimen. Recommendations are made to improve photo‐identifications in the future.”