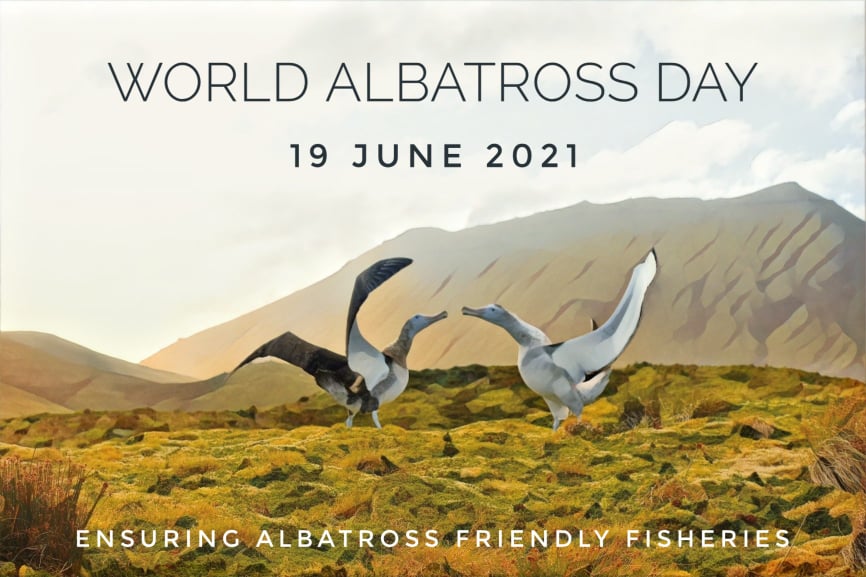 That thousands of albatrosses continue to die every year as a result of fishing operations is probably the major threat albatrosses face.  These magnificent birds get caught on hooks, become entangled in nets and collide with trawl cables, leading to death by drowning or injury.  Solutions are available to address this conservation crisis.  This year’s World Albatross Day aims to draw attention to the problem and to highlight best-practice solutions, such as the use of bird-scaring lines in both longline and trawl fisheries, line weighting and night setting or use of hook-shielding devices by longliners and management of offal discharge by trawlers. 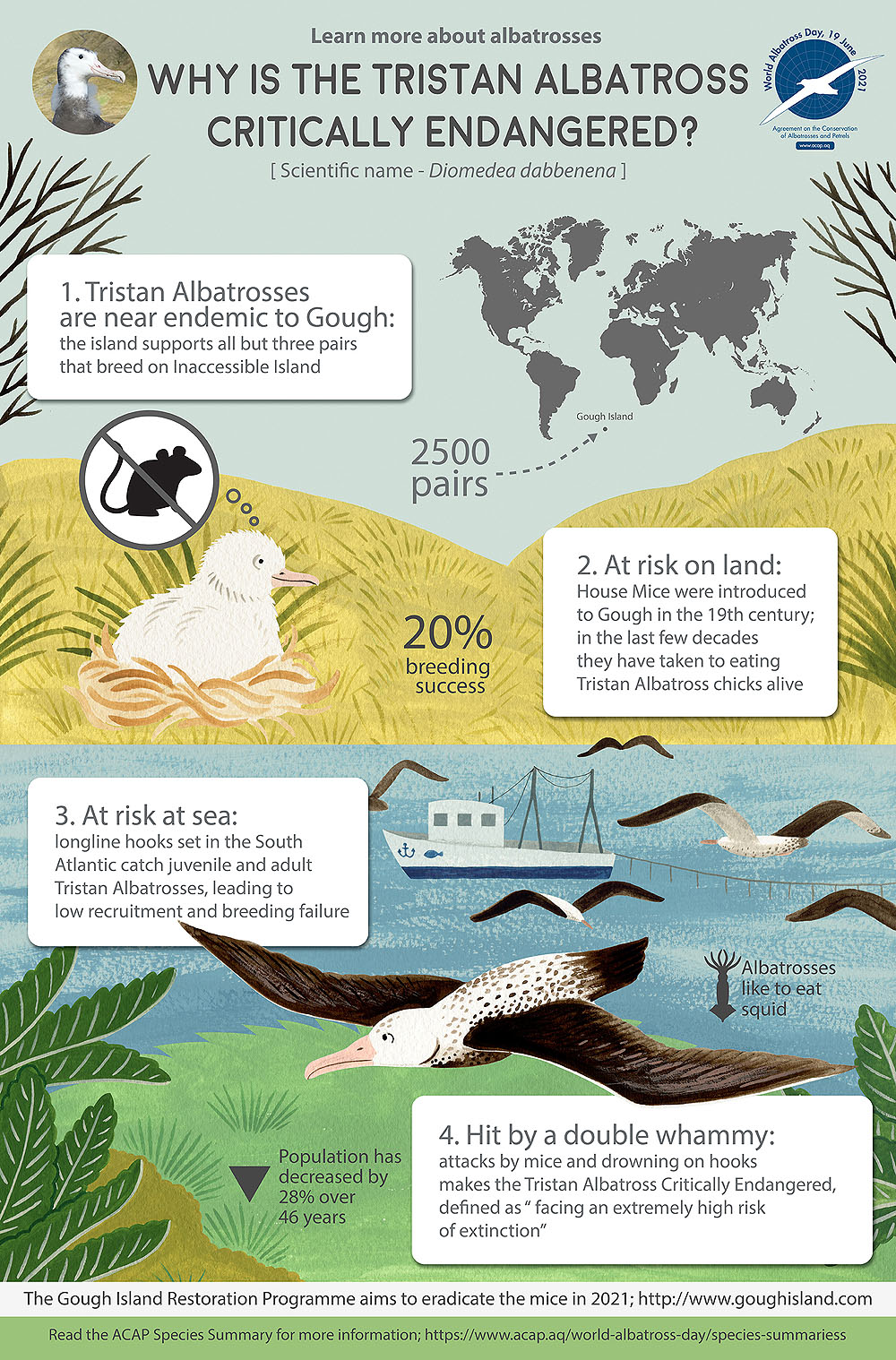 The two Critically Endangered albatrosses, the Tristan Diomedea dabbenena of the UK’s Gough Island and the Waved Phoebastria irrorata from Ecuador’s Galapagos Islands, have been chosen to serve as ‘feature species’ to draw attention to the continuing threats all the world’s 22 species of albatrosses face at sea from fisheries.  ACAP has produced infographics of them that illustrate the at-sea threats they face.  An infographic has also been produced for the Vulnerable Wandering Albatross D. exulans that as well as from fisheries is threatened by introduced feral cats and rodents on some of its breeding islands.

In addition to the infographics in the three official ACAP languages of English, French and Spanish, ACAP has produced downloadable logos, posters and a music video to mark ‘WAD2021’.  Seven posts to ACAP Latest News, culminating in today’s, constitute ‘WADWEEK2021’ and go into more detail on World Albatross Day activities by ACAP and by other bodies around the world.  ACAP website posts about World Albatross Day have been shared to its Facebook Page.

Click here to access ACAP’s media statement for ‘WAD2021’ in the three official languages and in Portuguese.  Media statements marking World Albatross Day by BirdLife South Africa and the New Zealand Acting Minister of Conservation and from Brazil’s Centro Nacional de Pesquisa e Conservação de Aves Silvestres give more information on activities and priorities for action related to the conservation of albatrosses in their countries, as does Chile’s Subsecretaría de Pesca y Acuicultura (SUBPESCA).  Many more reports on ‘WAD2021” activities from ACAP Parties can be found on ACAP’s Facebook page and in ACAP Latest News.