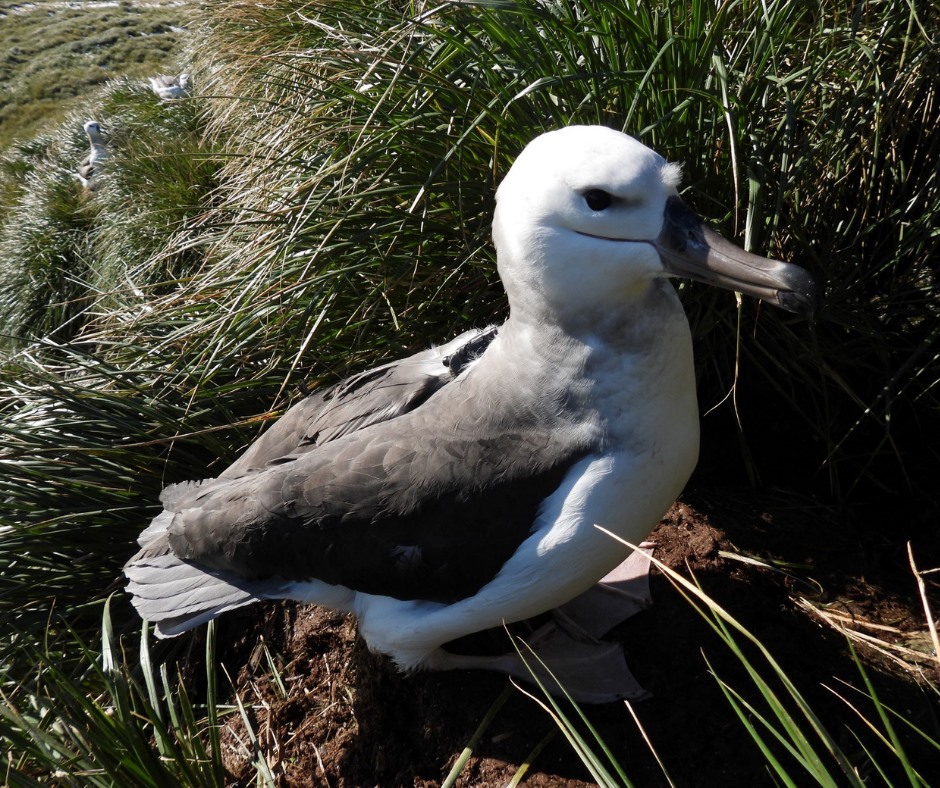 Orion, a Black-browed Albatross chick about to fledge, is to be tracked at sea; photograph by James Crymble

The satellite-tracking of 19 juvenile Black-browed Albatrosses Thalassarche melanophris (Least Concern) from Bird Island in thge South Atlantic is a collaborative study between the British Antarctic Survey and BirdLife International, with the devices being funded by the South Georgia Heritage Trust and Friends of South Georgia Island.  The project will provide new data on habitat use and fisheries overlap (poorly known for non-adult birds) of the population, which is in steep decline, having nearly halved overall from over 100 000 pairs in 1985 to just 54 000 pairs in 2021.  Although the species is not listed as globally threatened, this decrease has been so rapid that the birds are listed as one of 10 priority populations for conservation, by ACAP (click here).

The movements of fledglings in their first few months at sea can be followed on an online map which updates in near-real time. The first chick has recently fledged as reported by Richard Phillips of the British Antarctic Survey to ACAP Latest News, now followed by others, as shown on the map below.  According to the Albatross Task Force Facebook page “Orion’s bags are almost packed, and a fancy tracker to go with them!  We’re going to be able to follow Orion and his colony mates as they venture from Bird Island.  Orion was a perfect candidate weighing in at a whopping 4.5kg.” 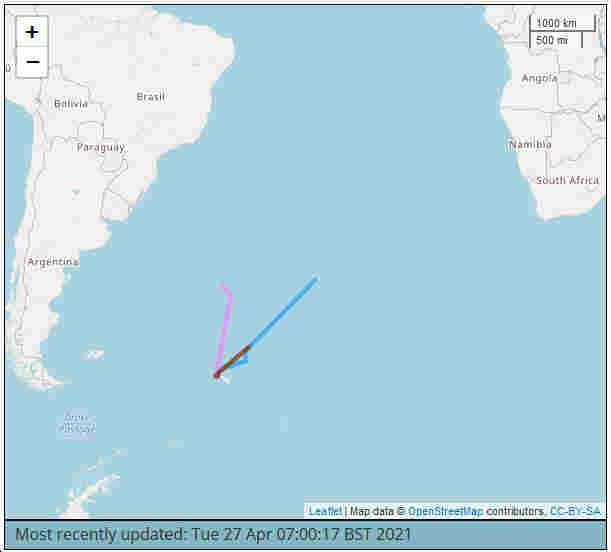 The story so far: the fledglings are moving northwards from Bird Island

Meanwhile Nova, a Vulnerable Wandering Albatross Diomedea exulans chick that was followed from hatching to fledging on Bird Island throughout 2020 and was being tracked at sea after fledging has stopped transmitting and may no longer be alive as reported by the same Facebook page.  This serves as a reminder of the threats albatrosses face at sea from fisheries, especially longlining. 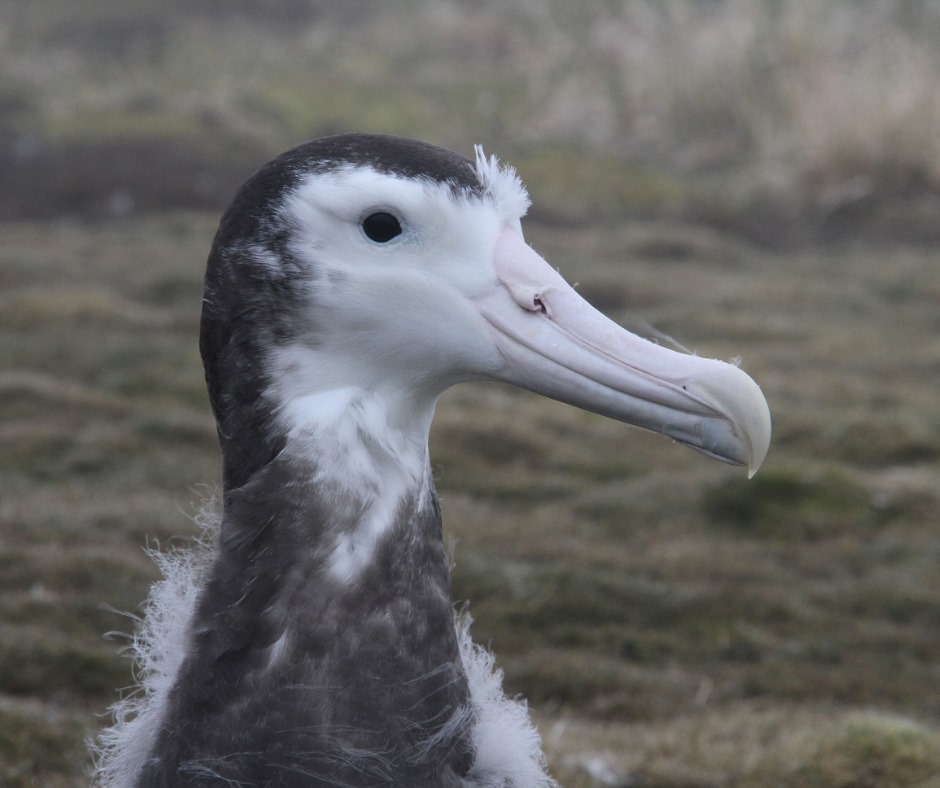 Lost at sea?  Nova the Wandering Albatross prior to fledging; photograph by Alex Dodds

For more details of the at-sea tracking and to view the online map visit the project’s web page.