Satellite tracking of albatrosses and large petrels at sea has become commonplace.  A recent publication reports on no less than 10 108 tracks from 5775 individual birds of 39 species.  Most of the birds tracked will have been hitherto anonymous but every now and then birds known for other reasons get to be tracked.  Here are two examples from New Zealand’s Department of Conservation.

The only Antipodean Albatross Diomedea antipodensis chick to fledge from Pitt Island, part of the Chatham Islands, in seven years is now “out there” revealing it’s at-sea travels online.  The globally Endangered and Nationally Critical chick was banded and satellite-tagged on 23 December 2020 after it had already walked away from its nest on the slopes of Mount Hakepa.  By 9 March it had flown over 19 000 km, spending its time to the east of New Zealand.  View the flight map and read more here. 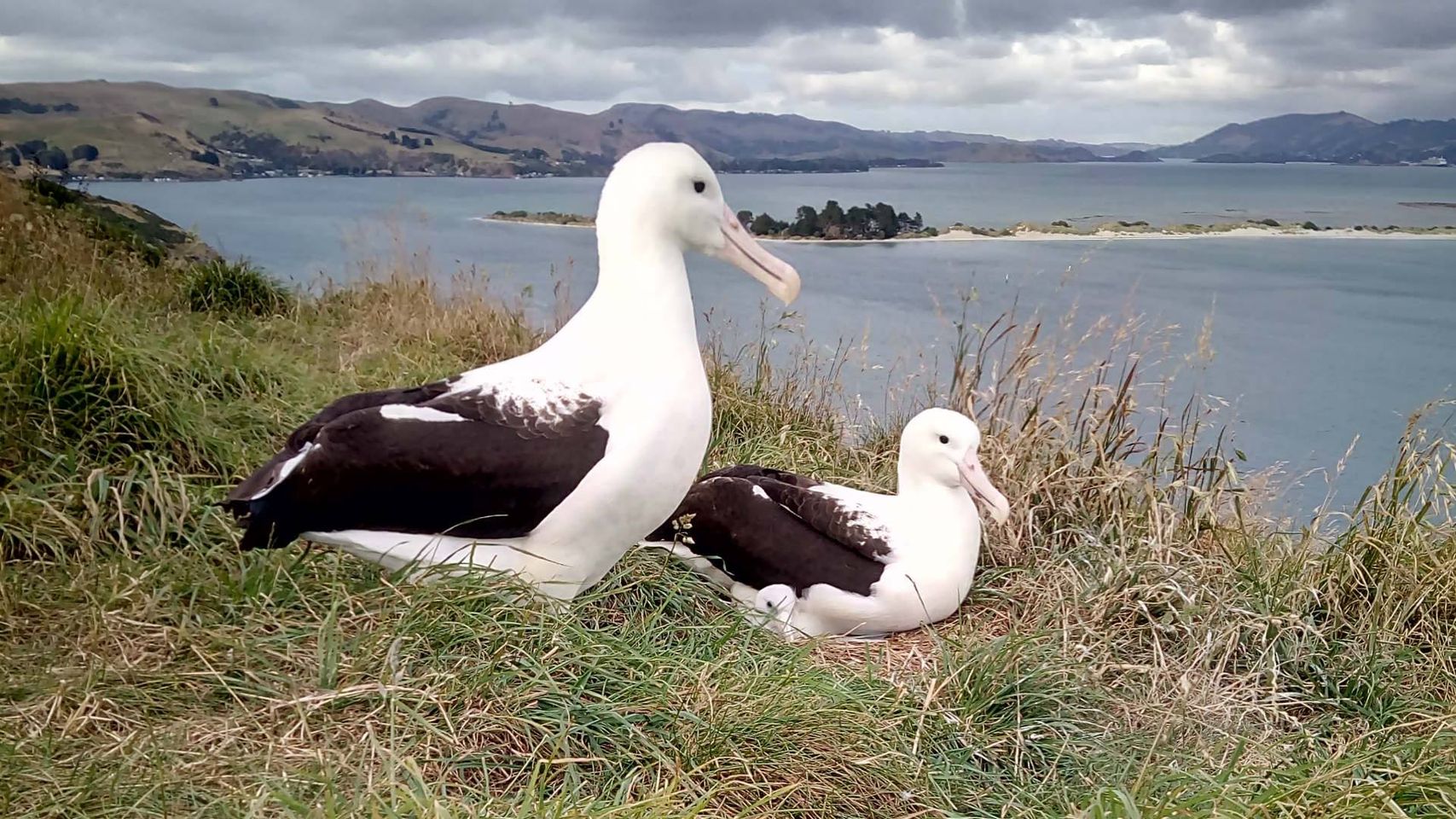 The 2020/21 Royal Cam pair at their nest site, photograph by Sharyn Broni

Farther south is the intensively studied and watched (by a 24-hour streaming camera) mainland colony of globally Endangered and nationally Naturally Uncommon Northern Royal Albatrosses D. sanfordi at Taiaroa/Head/Pukekura on New Zealand’s South Island.  This season’s ‘Royal Cam’ pair - known as LGL (female) and LGK (male) from the colour band combinations on their legs - have also been fitted with satellite trackers.  They are currently flying back and forth catching food for their post-guard chick, in the main staying close the eastern coastline of South Island (click here for their flight maps).  You can watch them (and their current chick) at their nest online here. 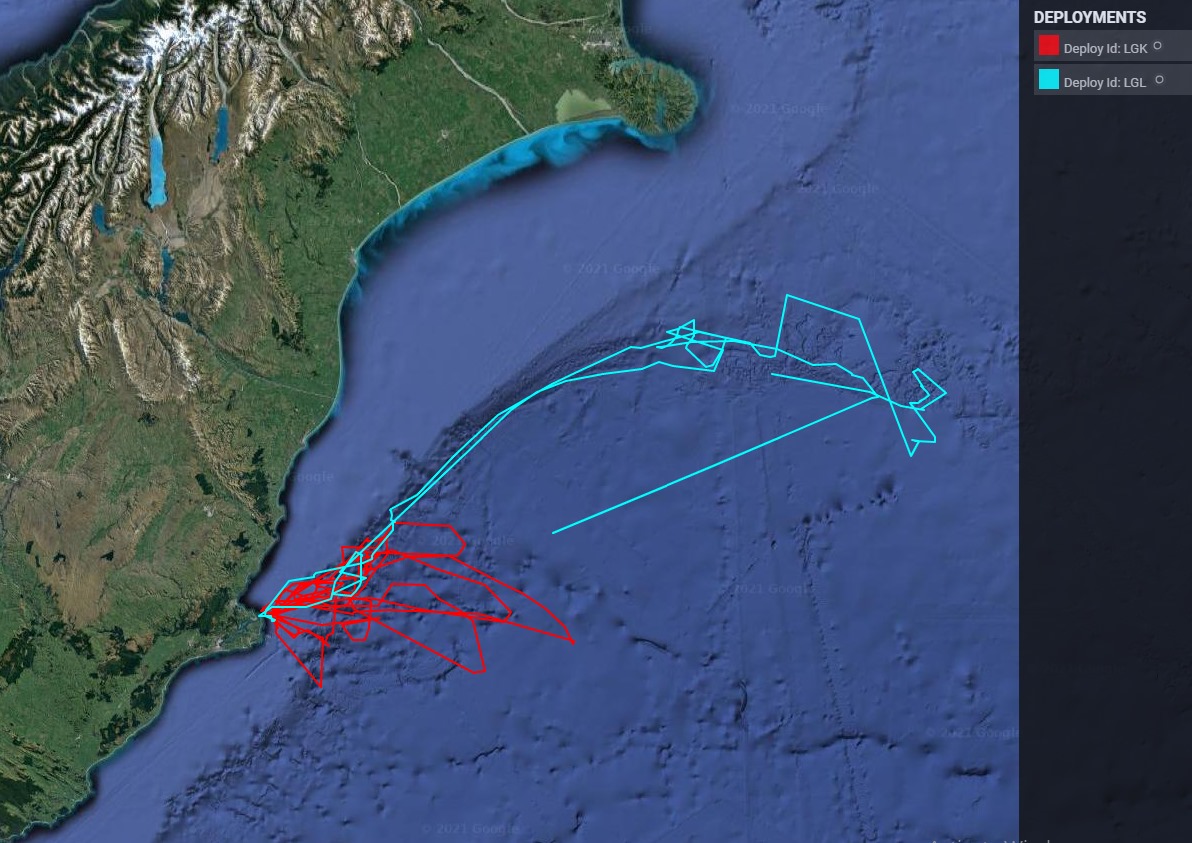