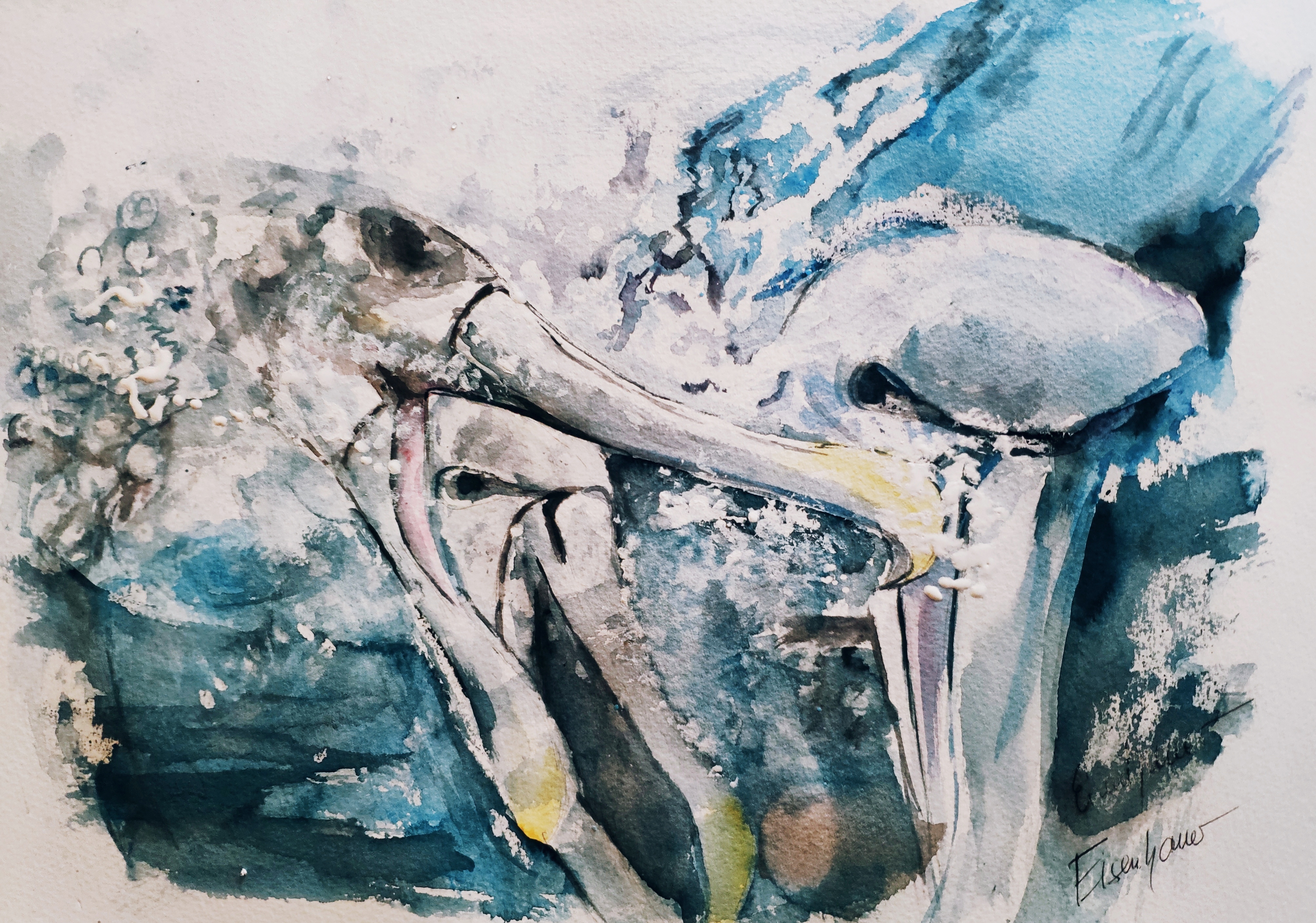 Yvan Richard (Dragonfly Data Science, Wellington, New Zealand) and colleagues have reported to the Conservation Service Programme of New Zealand’s Department of Conservation on records of seabirds around commercial fishing vessels within New Zealand waters with over 220 000 counted over an 11-year period.  The nationally Declining and globally Near Threatened White-capped Albatross Thalassarche steadi was the most commonly recorded ACAP-listed species.

"There are over 80 species of seabird breeding in New Zealand waters, but for many species their at-sea distribution remains largely unknown. This report presents a summary of seabird data in the New Zealand region, based on seabird counts made by fisheries observers on-board commercial fishing vessels, recorded on paper forms between January 2008, and November 2018 and on electronic Nomad devices between January 2009 and September 2019.  Counts recorded on paper forms followed different protocols and were treated separately.

During the 11-year period, there were 45,325 observations of seabirds around fishing vessels in New Zealand waters recorded on paper forms, from 1,493 fishing trips and 36,781 fishing events, resulting in 221,746 seabird counts. Records from electronic Nomad devices consisted of 43,609 observations, and 114,744 counts, during 5,075 fishing trips.

Seabird counts were made of subspecies, species, or species groups, depending on the level of identification. The recorded seabirds encompassed a wide range of species and species groups, from coastal taxa such as penguins, shags, gulls and terns to oceanic taxa such as albatrosses, petrels, and shearwaters. The most frequently recorded taxa among observations made on paper forms were Cape petrel Daption capense, present in over 28,000 observations, followed by New Zealand white-capped albatross Thalassarche cauta steadi and the species group giant petrels (Macronectes spp.), which were present in over 26,000 and 19,000 observations, respectively.

Seabird abundance around fishing vessels varied in relation to fishing method, with seabirds observed at considerably higher abundances around trawl vessels than in any other fishing method among the counts on paper forms, whereas a larger number of seabirds was recorded in set-net fisheries among observations on Nomad devices.

This report is an update of an earlier version, to include seven additional years of data up to November 2018 for records on paper forms. Data were filtered here to only consider the counts made of birds within 100 m of fishing vessels to improve the comparability of counts. Also, an additional dataset was created, from sightings recorded by observers on Nomad electronic devices. However, this dataset is not comparable to sightings recorded on paper forms, as records were scattered throughout the day and not focused on the first tow of the day.”