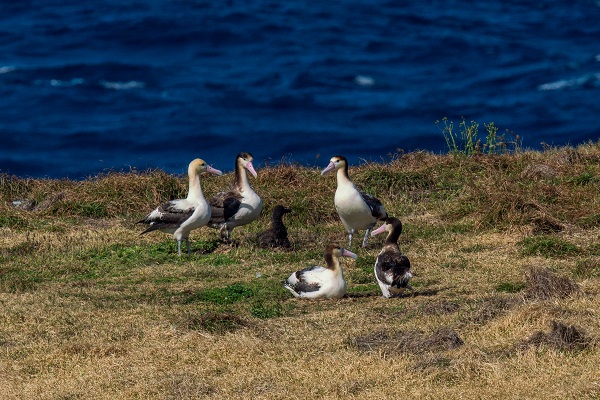 Short-tailed Albatrosses gather around  a chick on Mukojima

Mukojima (commonly known as Keta Island) is located in the northernmost part of the Japanese Ogasawara (Bonin) Islands south of Japan and about 60 km north of the inhabited island of Chichijima.  With an area of 2.6 km², it is the largest island of the Mukojima Island Group, which is made up of four main islands, along with smaller islets and rocks.  From the end of 1800s the island was inhabited by cattle ranchers and farmers, but since 1944 the island has been mostly uninhabited.  The highest point reaches 88 m in the eastern part, but the island is mainly flat. 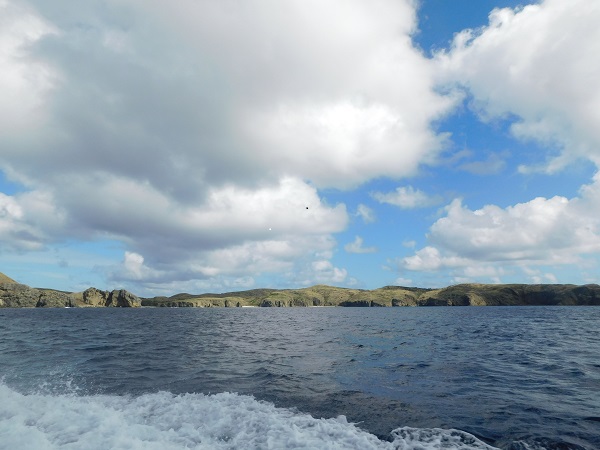 After residents left Mukojima, feral Domestic Goats Capra aegagrus hircus seriously damaged the once mainly forested island that supported endemic invertebrates and plants, resulting in severe vegetation loss and erosion.  The Tokyo Metropolitan Government (TMG) undertook an eradication programme from 1998 for four years that removed 940 goats from Mukojima.  It also managed to eradicate the Black Rat Rattus rattus from the island by 2009.  Today, the island is mostly a dry grassland with a few small forested patches near the shoreline. 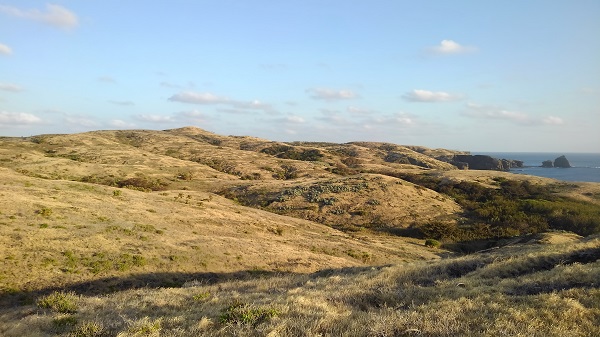 Three North Pacific albatross species breed on Mukojima: Black-footed Phoebastria nigripes, Laysan P. immutabilis (both Near Threatened) and the globally Vulnerable Short-tailed P. albatrus.  The Black-footed Albatross is the most abundant species of the three, producing over 50 fledglings in recent years.  On an islet called Mukotori-shima, just off Mukojima, there are about 200 fledglings produced.  In the whole Mukojima Island Group about 1000 Black-footed Albatrosses fledge each year from five islands (Mukojima, Mukotori-shima, Nakodojima, Nakodojima-torishima and Yomejima – all uninhabited).  The total number has been increasing, almost doubling in the last 15 years. 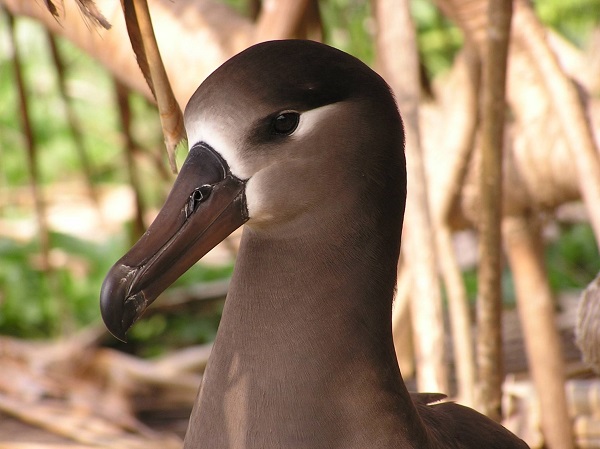 The Mukojima Island Group is the only breeding site for Laysan Albatrosses in the western North Pacific.  In 2013 there were 11 occupied nests on Mukojima, with 15 on Mukotori-shima and one on Yomejima.  Unlike for Black-footed Albatrosses, Laysan Albatross numbers have shown no discernable trend in recent years.  The number of chicks fledging varied from five to 19 a year from 1990 to 2013.  Monitoring and banding studies have been conducted by the TMG and the Institute of Boninology since 2004.

Mukojima is best known as a translocation site for the Short-tailed Albatross.  Over five years from 2008 to 2012 70 Short-tailed Albatross chicks were translocated from Torishima – the species’ main breeding site - to Mukojima, where they were hand fed until 69 of them fledged.  The aim was to create a new colony on an island not at risk to volcanic activity, as is Torishima.  Some of the hand-reared individuals have come back to the island and started to breed.  One pair has been successfully breeding on the island, and as of 2020, two individuals that have fledged naturally from Mukojima have been seen to return to the island.  The translocation project was conducted by the US Fish and Wildlife Service, Japanese Ministry of the Environment, and the Yamashina Institute for Ornithology (YIO). The breeding and behaviour of the Short-tailed Albatrosses on Mukojima have been monitored by the TMG and YIO since 2012.  Access ACAP Latest News posts about the translocation project here. 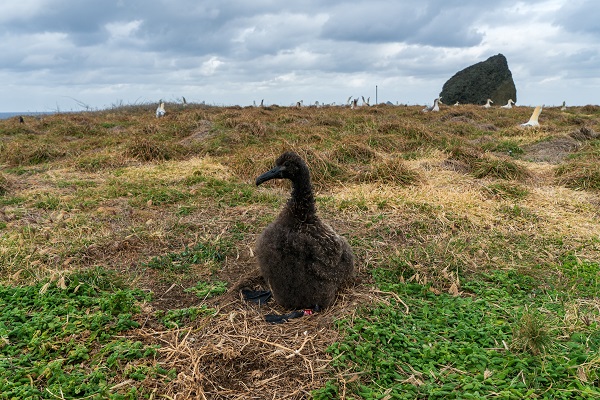 A Short-tailed Albatross chick fledged from uninhabited and now goat-free Nakodojima, five kilometres away from from Mukojima, in 2014; an island where approaching a thousand Black-footed Albatrosses also breed (click here).

The Ogasawara Islands were designated as a World Heritage Natural Site in 2011. 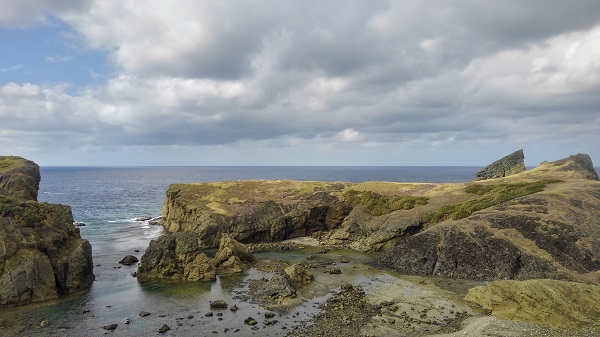 The Mukojima Short-tailed Albatross translocation site is on the centre horizon, photographs by Teru Yuta