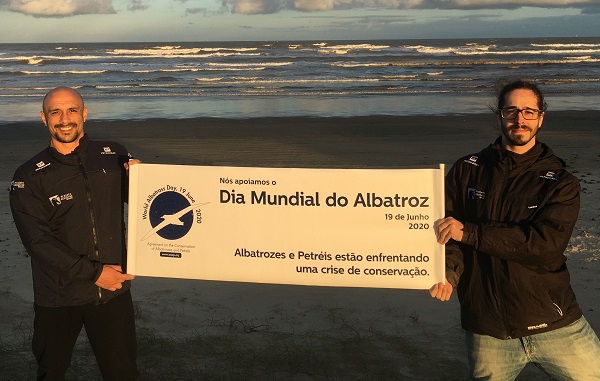 With the COVID-19 pandemic seemingly shutting down the whole world, this year’s inaugural World Albatross Day is no exception in facing disruption to its planning.  Several countries have had to cancel events set to mark the day and it looks like ‘WAD2020’ is going to have to be a strictly ‘virtual’ event come 19 June.

As part of its efforts to raise awareness of World Albatross Day, ACAP Latest News approached the five national teams of BirdLife International’s Albatross Task Force to make and then photograph a WAD2020 banner out at sea on a fishing vessel.  Getting in early, the ATF teams in Chile and South Africa took their banners out to sea to be photographed aboard fishing trawlers.  Then along came coronavirus with its accompanying social distancing, self-isolation and lockdowns.  In Argentina, with no fishing vessels heading out the ATF team had to resort to photographing their banner at home.  Much the same problem in Brazil as ATF Leader Dimas Gianuca of the NGO Projeto Albatroz writes to ALN:

“Bad weather prevented going outside for a good picture in the last two days.  I was tempted to take a picture at home, but that would not be fair having the South-West Atlantic as a backyard”.  Not being able to gain access to a fishing harbour, let alone out to sea on a fishing vessel, Dimas and colleagues took their banner to the seaside: “We are at Cassino Beach, Rio Grande, in southernmost Brazil, where Atlantic Yellow-nosed and Black-browed Albatrosses and giant petrels can be spotted from the shore during winter - not mentioning the Magellanic Penguins and fur seals on the beach.”

Dimas goes on to describe their work with Projeto Albatroz and ATF: 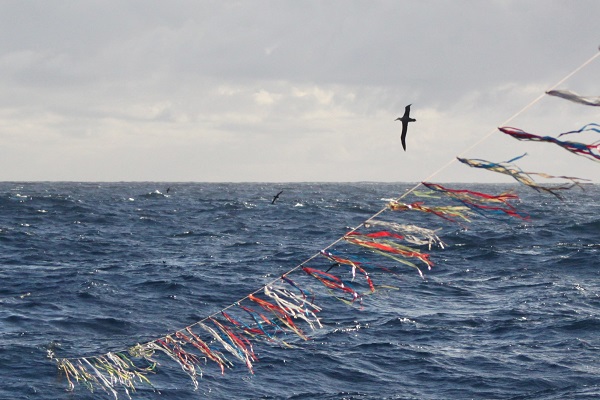 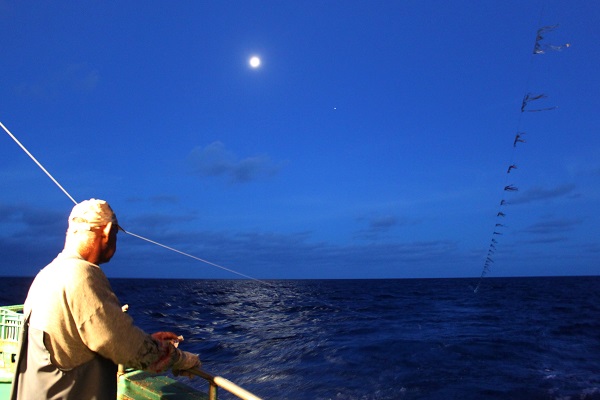 “Projeto Albatroz currently work across four ports, from north to south: Itaipava (ES), Cabo Frio (RJ), Itajaí (SC) and Rio Grande (RS).  Rio Grande (30ºS) and Itajaí (26º), the two most southerly Brazilian ports, harbour the southern Brazilian pelagic longline fleet, which operates in waters with high densities of albatrosses and petrels. Projeto Albatroz and the ATF have worked extensively with this fleet mapping seabird bycatch, developing mitigation measures and supporting public policies to reduce seabird mortality. Extensive at-sea trials have been conducted over the last 15 years, with the voluntary collaboration of fishers, including research on mitigation measures such as bird-scaring lines (left), line-weighting, night setting (right) and Hookpods, which have contributed to guiding national and international policies.” 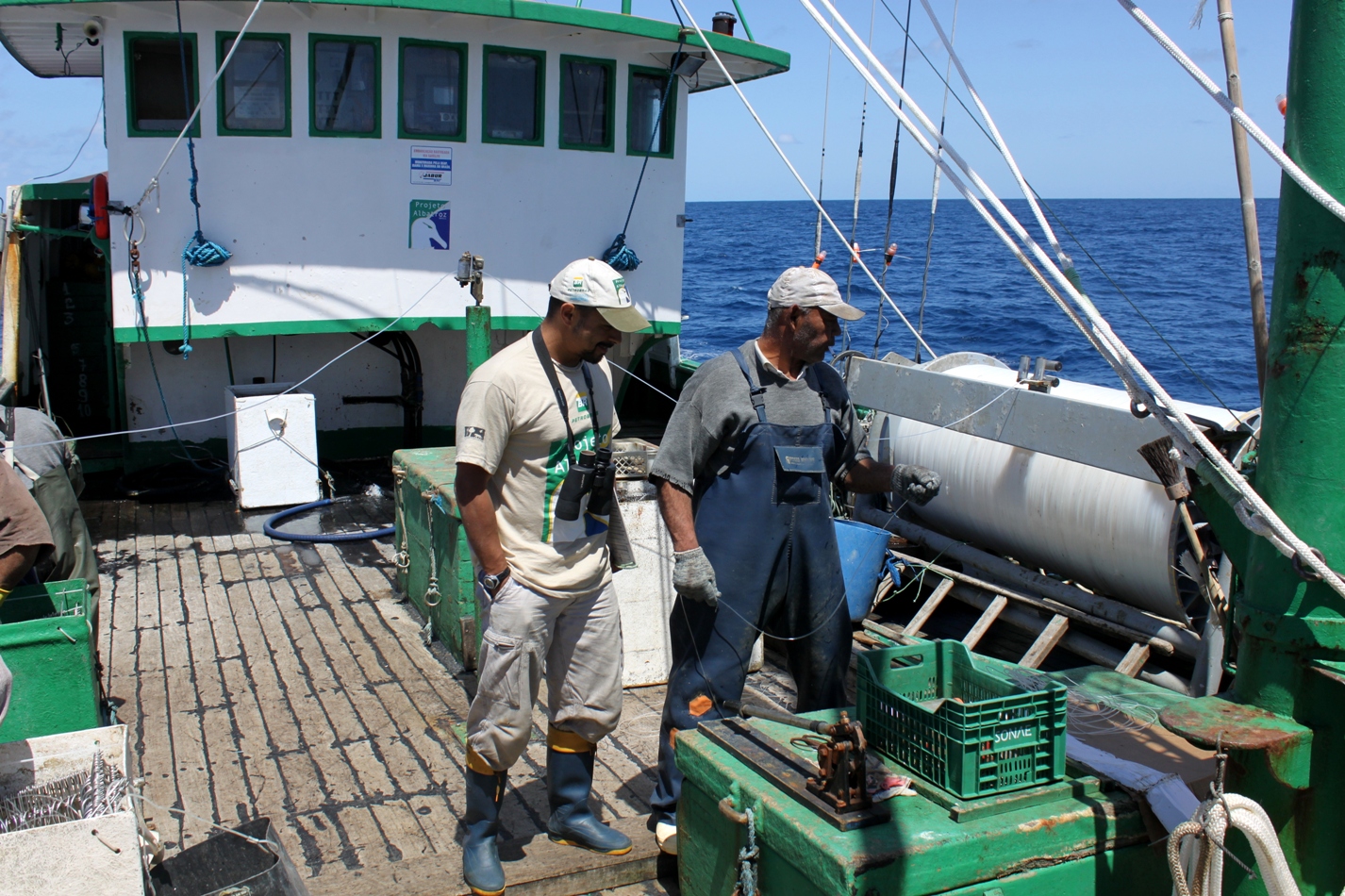 Projeto Albatroz is sponsored by Petrobrás through the "Programa Petrobrás Socio-Ambiental" and supported by BirdLife/RSPB through the Albatross Task Force Programme.

With thanks to Dimas Gianuca.