Wisdom, the 66-year Laysan Albatross, returns yet again to Midway and lays her latest egg

She’s back!  ACAP Latest News has mentioned the World’s oldest known bird in no less than 25 news items over the last five years.  Now back on Midway Atoll at an estimated age of 66, Wisdom the Laysan Albatross Phoebastria immutabilis just keeps going with yet another egg laid, following on from at least nine chicks successfully fledged since 2006 (click here). 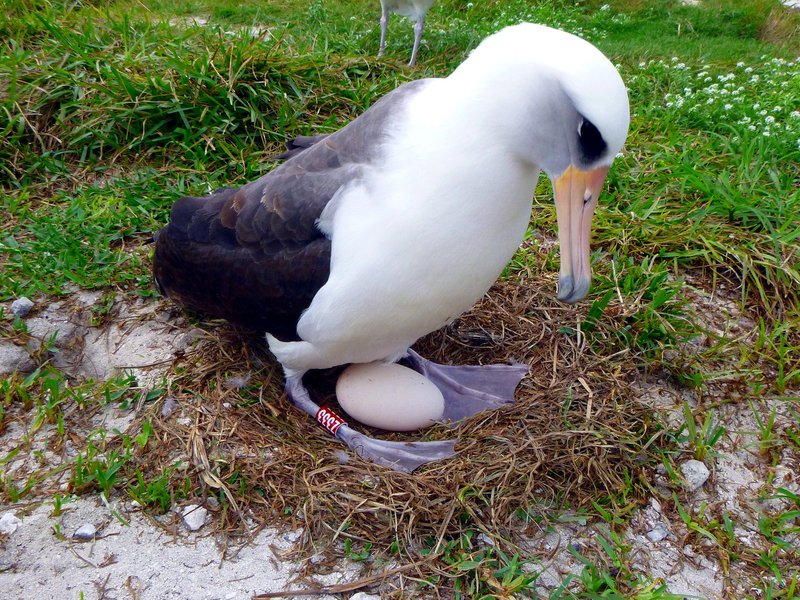 Wisdom this month with her latest egg, photograph from the US Fish & Wildlife Service

Wisdom and her mate in an earlier year, photograph by Pete Leary

Click here to see more of this season's photos of Wisdom.  Her current mate, Akeakamai (Hawaiian for “love of wisdom” ), has also been clocked in for the season.