The Albatross and Petrel Agreement aims to improve the protection of its 31 listed species both on land and at sea. The development and proclamation of Marine Protected Areas (MPAs) or their equivalents surrounding localities where ACAP-listed species breed are thus important steps in improving the conservation status of threatened albatrosses and petrels. 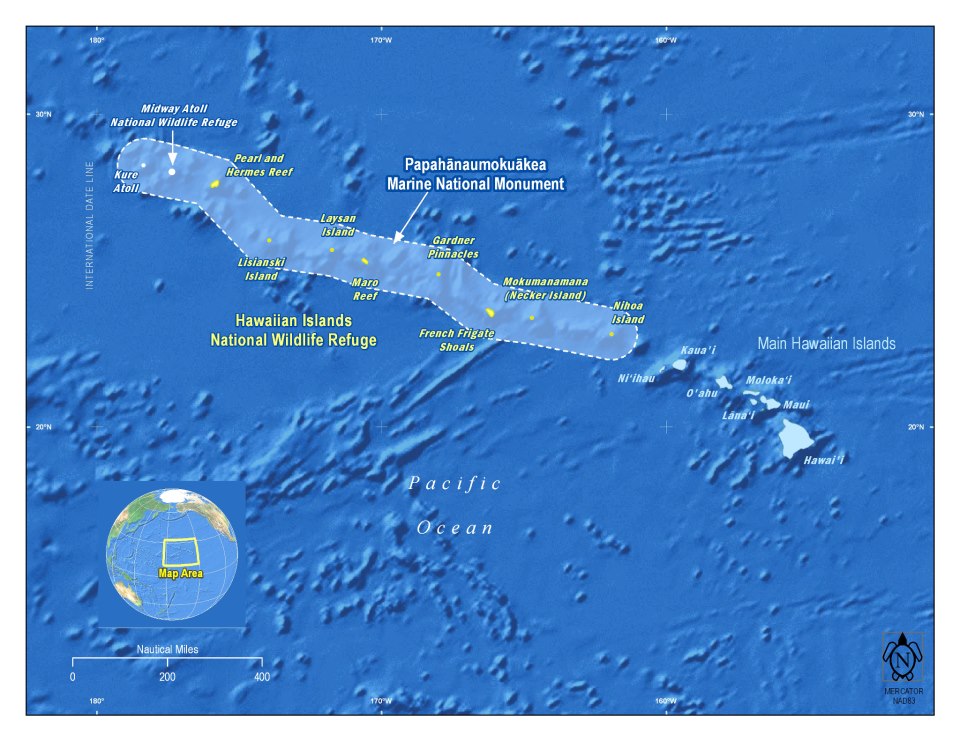 The current management plan for the Commonwealth of Australia’s Heard Island and McDonald Islands Marine Reserve is:

The current management plan for the State of Tasmania’s Macquarie Island Nature Reserve and World Heritage Area is:

The current management arrangements for the Commonwealth of Australia’s Macquarie Island Marine Park are set out in the following document:

The Ogasawara National Park, which includes a marine component, was proclaimed in 1972 with an area of 4630 km².  Both Black-footed P. immutabilis and Laysan P. nigripes Albatrosses breed within the island group. The Ogasawara Islands (Mukojima, Chichijima and Hahajima island groups plus  Kita-iwoto and Minami-iwoto of the Kazan group and the isolated Nishinoshima) were registered as a World Heritage Natural Site in June 2011.  The site totals 7939 ha, comprising a terrestrial area of 6358 ha and a marine area of 1581 ha.

The Reserva de la Biosfera Archipiélago de Revillagigedo was designated a Ramsar Wetland Site of International Importance in 2004 with an area of 636 685 ha. Two islands within the reserve, Clarión and San Benedicto, support small populations of Black-footed and Laysan Albatrosses.  The reserve, with the same area, is also a World Heritage Natural Site inscribed in 2016 (click here).  Both sites include a marine protected area extending 12 nautical miles around each of the four islands that make up the archipelago.

The Auckland Islands - Motu Maha Marine Reserve, established in 2014, covers an area of about 484 000 ha out to 12 nautical miles (territorial waters) around the sub-Antarctic Auckland Islands group, including Adams, Enderby and Disappointment Islands

The Bounty Islands/Moutere Hauriri Marine Reserve, established in 2014, reaches out in part to 12 nautical miles (territorial waters) around the sub-Antarctic Bounty Islands.

The inshore Punakaiki Marine Reserve extending 700-800 m out to sea covers much of the coastline of the Paparoa National Park, and is close to the sole breeding site of the Vulnerable Westland Petrel Procellaria westlandica.

Marion and Prince Edward are together the Prince Edward Islands Ramsar Wetland Site of International Importance with marine boundaries extending 500 m seawards to encompass the inshore kelp beds, designated on 22 May 2007.

South Africa declared a large (180 000-km² ) Marine Protected Area around the Prince Edward Islands in April 2013 that includes all of the group's territorial waters (0-12 nautical miles) as a Sanctuary Area where fishing will not be allowed and parts of the Economic Exclusive Zone out to 200 nm as either Restricted (research fishing) or Controlled (commercial fishing) Areas.

Gough and Inaccessible Islands, part of the United Kingdom Overseas Territory of St Helena, Ascension and Tristan da Cunha, are both proclaimed nature reserves, were designated as separate Ramsar Wetland Sites of International Importance  (Gough & Inaccessible) on 20 November 2008 and together form the Gough and Inaccessible Islands World Heritage Site, proclaimed for Gough in 1995 and extended to include Inaccessible in 2004.  In each case, the proclaimed/designated boundaries extend out to 12 nautical miles (territorial waters), making them de facto Marine Protected Areas.

A 687 247-km² Marine Protection Zone around the Tristan – Gough Islands in the South Atlantic was announced in November 2020 with no fishing or other extractive activities permitted within 91% of its total area (which includes sea mounts known to be seabird "hotspots", although parts of three of them will remain open for fishing)..  Enabling legislation is apparently set to follow in 2021 (click here).

Proclaimed in January 2009, the Pacific Remote Islands Marine National Monument includes Wake Atoll (where both Black-footed and Layan Albatrosses have bred in the recent past in small numbers) and its surrounding seas out to 50 nautical miles.

Proclaimed in June 2006 as the Northwestern Hawaiian Islands Marine National Monument and renamed as the Papahānaumokuākea Marine National Monument in 2007, the monument includes eight atolls/islands which support large breeding populations of Black-footed and Laysan Albatrosses, and a couple of pairs of Short-tailed Albatrosses.  These are Kure, Midway, Pearl and Hermes Reef, Lisianski, Laysan, French Frigate Shoals, Necker and Nihoa. Seas out to 50 nm around each island are included within the monument.

The South Georgia and South Sandwich Islands Marine Protected Area, proclaimed in 2012, covers an area of 1.24 million km².  No-take zones where all fishing activity is prohibited cover 283 000 km².  A management plan is in place.