POPs in Black-browed Albatrosses on the Patagonian Shelf

“Persistent Organic Pollutants (POPs) are accumulated through time and can exert different effect on ecosystems.  POPs and Chlorpyrifos, a current use pesticide, were assessed in body feathers of males and females of Blackbrowed albatross (Thalassarche melanophris, BBA) and Cape petrels (Daption capense, CAP) during their nonbreeding seasons at the Patagonian Shelf, Argentina.  Chlorpyrifos showed the highest values among all pollutants in both species (49.56–84.88 ng g−1), resulting from current agricultural practices.  The pattern OCPs>PCBs>PBDEs was observed in both species, and CAP showed higher concentrations than BBA probably as a consequence of higher lipid mobilization and pollutants availability during dispersion.  Non-significant differences between sexes about POPs levels were found; however a slight tendency was observed, females> males in CAP, and males>females in BBA.  More attention and further studies are needed to understand seabirds' physiology and its relationship with the pollutants distribution in their tissues and considering breeding season.” 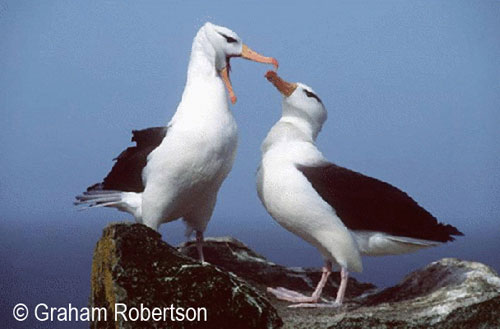