Norbert Theodor Wilhelm Klages (3 July 1952 to 30 January 2017) was a seabird diet specialist in the mode of the late Mike Imber of New Zealand.  Working with colleagues in South Africa and then in Australia he received (or collected his own) stomach contents of seabirds for analysis, concentrating on albatrosses, petrels and penguins.  These samples were sorted and identified the “old fashioned” way by painstakingly identifying and measuring hard parts such as squid beaks and fish otoliths. 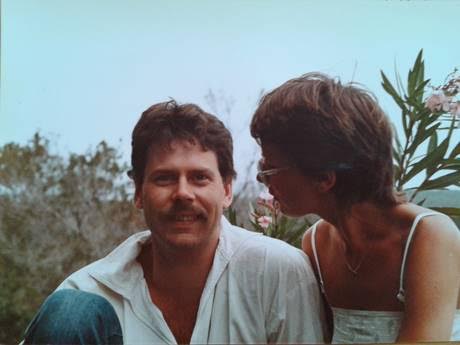 Before Norbert arrived in South Africa from Germany with a newly-awarded PhD from Kiel University in 1983, we marine ornithologists in the country knew very little about what the seabirds we studied ate.  Within a decade, due to Norbert’s expertise while working at the Port Elizabeth Museum as part of the South African National Antarctic Programme (SANAP) in identifying often well-digested samples, we had a good knowledge of the breeding diets of nearly all the seabirds that are found on sub-Antarctic Marion Island.  We could then go on to compare and contrast the diets of sympatric and closely related species pairs, finding out, for example, that Light-mantled Albatrosses Phoebetria palpebrata at Marion could feed on Antarctic Krill Euphausia superba, which only occurs south of the island, while the more northerly foraging Sooty Albatross P. fusca did not.  Much of his diet work critically added to several higher degrees awarded to colleagues in South Africa.

Looking at my own publication list, I find I co-authored 12 papers and co-edited one proceedings with Norbert between 1984 and 2009.  Of these publications seven dealt with the diets of procellariiforms, including ACAP-listed species, at Marion and Gough Islands as listed below.  A good memory of field work conducted in the 1980s with Norbert (although not so much at the time) was attempting to obtain stomach samples by upending Critically Endangered Tristan Albatrosses Diomedea dabbenena returning to feed their chicks in Gonydale on Gough.  Unfortunately it rained heavily the night before, out shared tent leaked badly and we retreated off the mountain with empty buckets to the island’s meteorological station at sea level to dry out.  A quarter of a century later the Tristan Albatross still lacks a publication on its breeding diet.

Most recently, Norbert Klages worked as an Environmental Scientist and a Senior Associate with Gibb (Pty) Ltd, a multi-disciplinary engineering consulting firm, on a wide range of environmental management issues centred in South Africa’s Eastern Cape Province where he lived.

Norbert passed away suddenly in their tent while he and his wife were on a cycling weekend at the end of last month. A celebration of his life is being held today in Port Elizabeth with donations in aid of rehabilitating African Penguins Spheniscus demersus.  ACAP's (and my own) sympathies are extended to Norbert's wife, Sabina and to his colleagues and friends around the World.