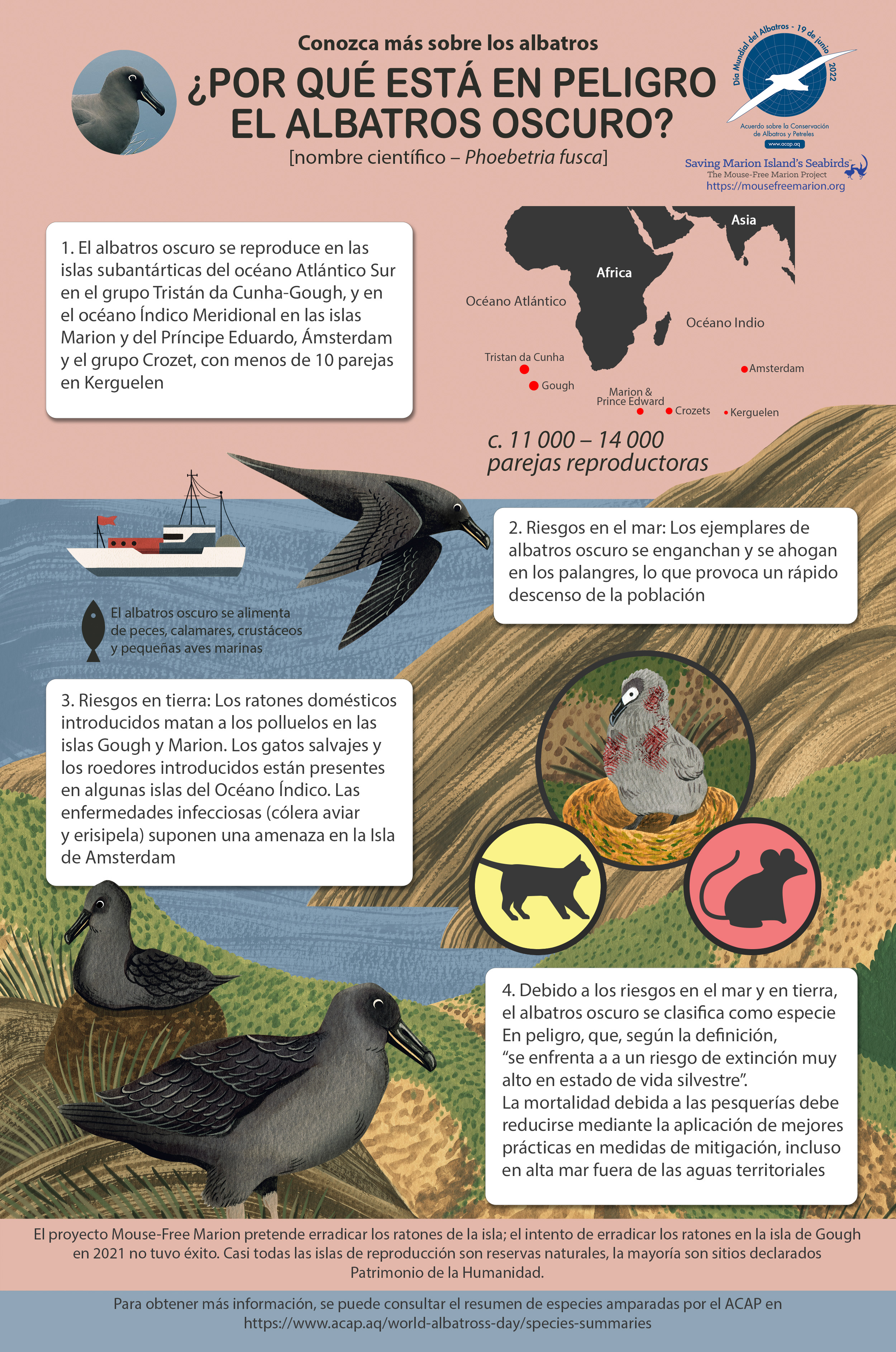 French and Spanish versions of the ACAP Species Infographic for the Endangered Sooty Albatross Phoebetria fusca in support of last year's World Albatross Day and its theme of Climate Change are now available, along with earlier released English version, from here.  The infographic in the three official ACAP languages has been co-published with South Africa's Mouse-Free Marion Project, which aims to eradicate the island’s introduced House Mice Mus musculus.  The mice have taken to attacking and killing the seabirds, including its breeding Sooty Albatrosses – as is illustrated in the infographic.

Versions in the three ACAP official languages of English, French and Spanish are now available for all nine ACAP albatross infographics produced to date (click here).  Available in two poster sizes (approximately A2 and A3) and in a web version, the infographic may be freely downloaded and used non-commercially and with acknowledgement in the support of albatross conservation. 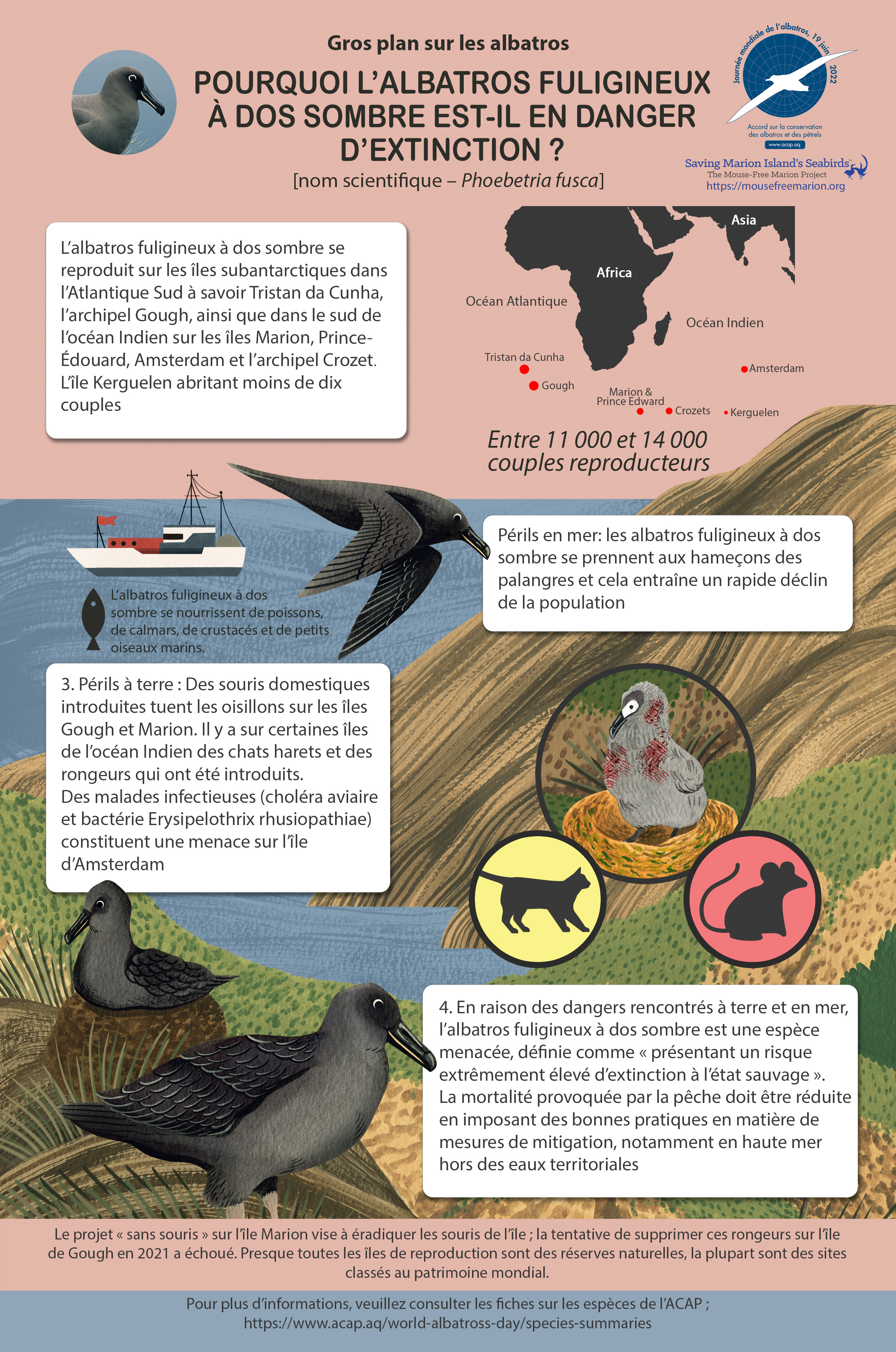 Sponsorships for a further six infographics have been obtained, including for three ACAP-listed petrels.  It is intended that some at least of these will be prepared in time for the fourth World Albatross Day and its theme of Plastic Pollution on 19 June next year.