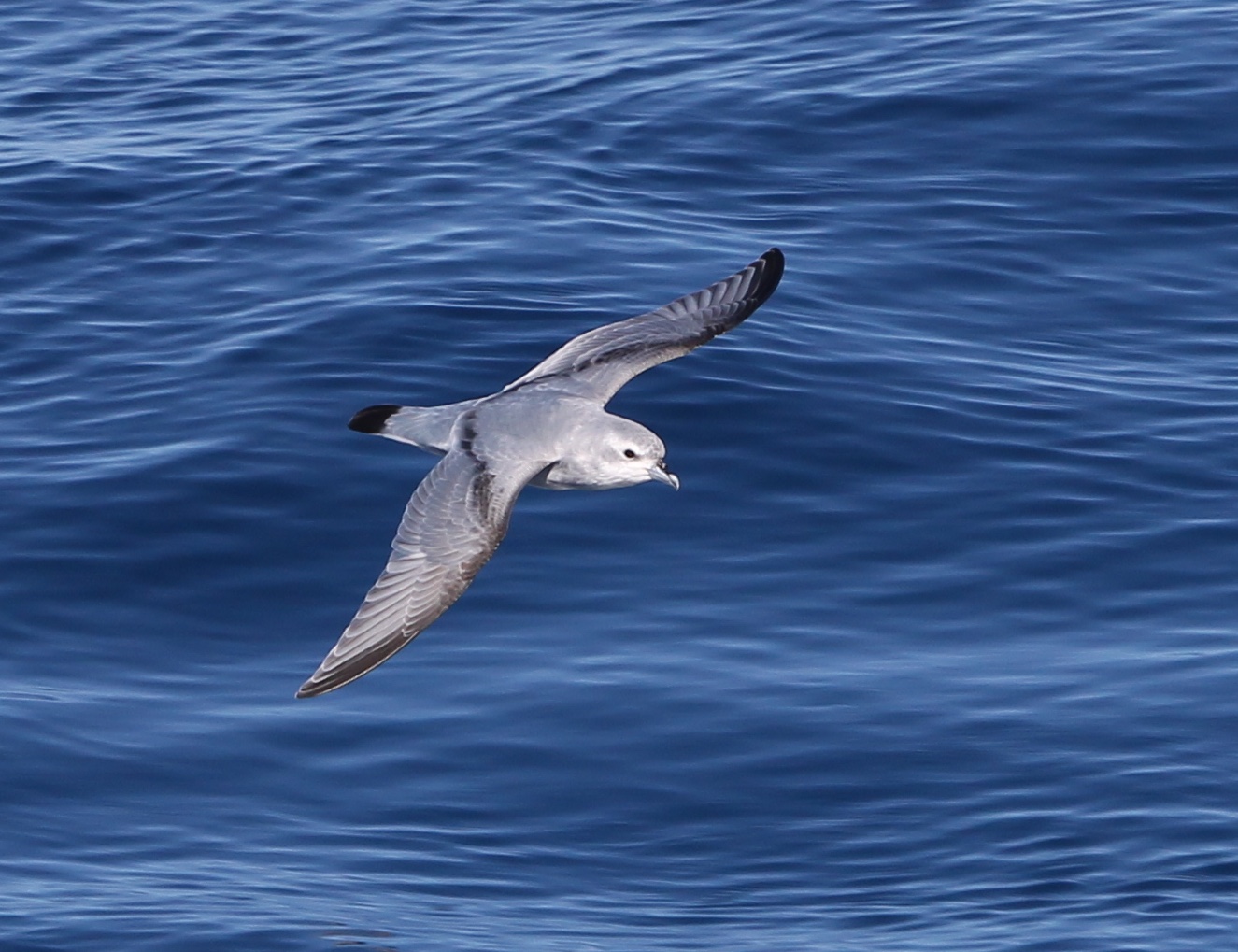 A Fairy Prion flys by at sea; photograph by Peter Ryan

ACAP has recently announced “Plastic Pollution” as the theme for 2023’s World Albatross Day (WAD2023). Although Fairy Prions are not an ACAP-listed species, ACAP will be highlighting all papers and news items relating to the WAD2023 theme beyond its listed species to all procellariiforms leading up to the event.

“Plastic is an omnipresent pollutant in marine ecosystems and is widely documented to be ingested among seabird species. Procellariiformes are particularly vulnerable to plastic ingestion, which can cause internal damage, starvation, and occasionally mortality. In this study, 34 fledgling Fairy Prions (Pachyptila turtur) recovered during a wreck event in south-eastern Tasmania in 2022 were examined for ingested plastics and body condition (e.g., wing chord length). While many of the birds exhibited poor body condition, this was not correlated with the count or mass of ingested plastics. We hypothesise the marine heatwave event, and resulting lack of prey, contributed to bird body condition and subsequent mortality. We provide some of the first data on the size of individual plastic particles ingested by seabirds and make recommendations for future studies to report this important metric in a consistent manner that ensures data are comparable.”