Wisdom, the world’s oldest known albatross, gets a grandchick 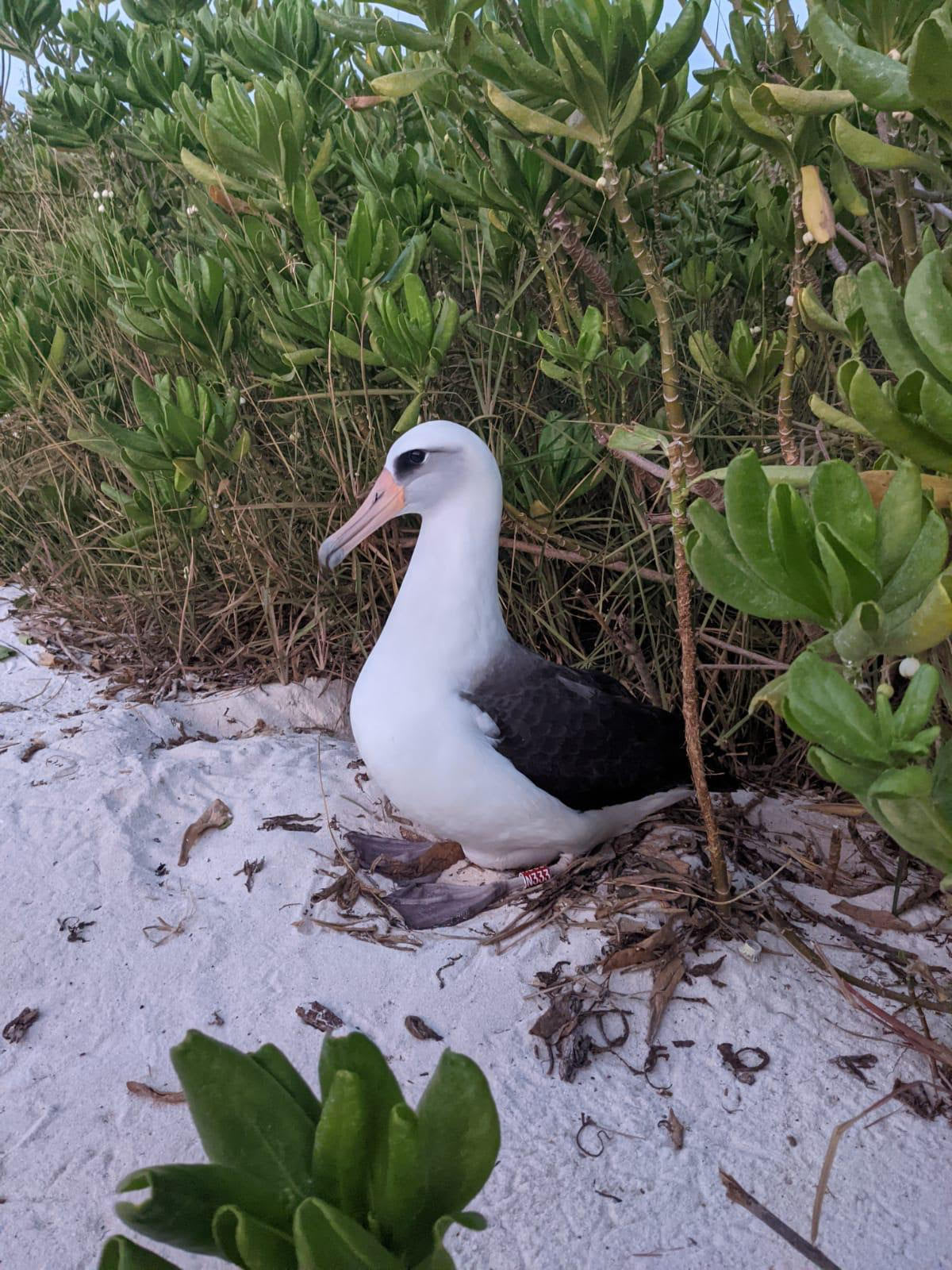 Wisdom's 2011 chick, marked with band number N333, survived the March 2011 tsunami on Midway Atoll and was sighted the first time on a nest of its own in December 2021, photograph by Dan Rapp

Wisdom, a female Laysan Albatross Phoebastria immutabilis who regularly breeds on the USA’s Midway Atoll National Wildlife Refuge in the North Pacific, is the world’s oldest known banded wild bird.  With an estimated minimum age of 70, she has now reached her eighth decade (click here).  This season she briefly visited Midway but has taken a year off from breeding (click here).

However, this season her chick from 2011, identified by the leg band number red N333, has been sighted raising a chick of its own.  Wisdom was at least 59 years old when N333 hatched.  First sighted breeding in December last year, N333 (believed to be a male due to its larger bill size) is currently busy taking turns with its mate as they feed and care for Wisdom’s “grandchick”. 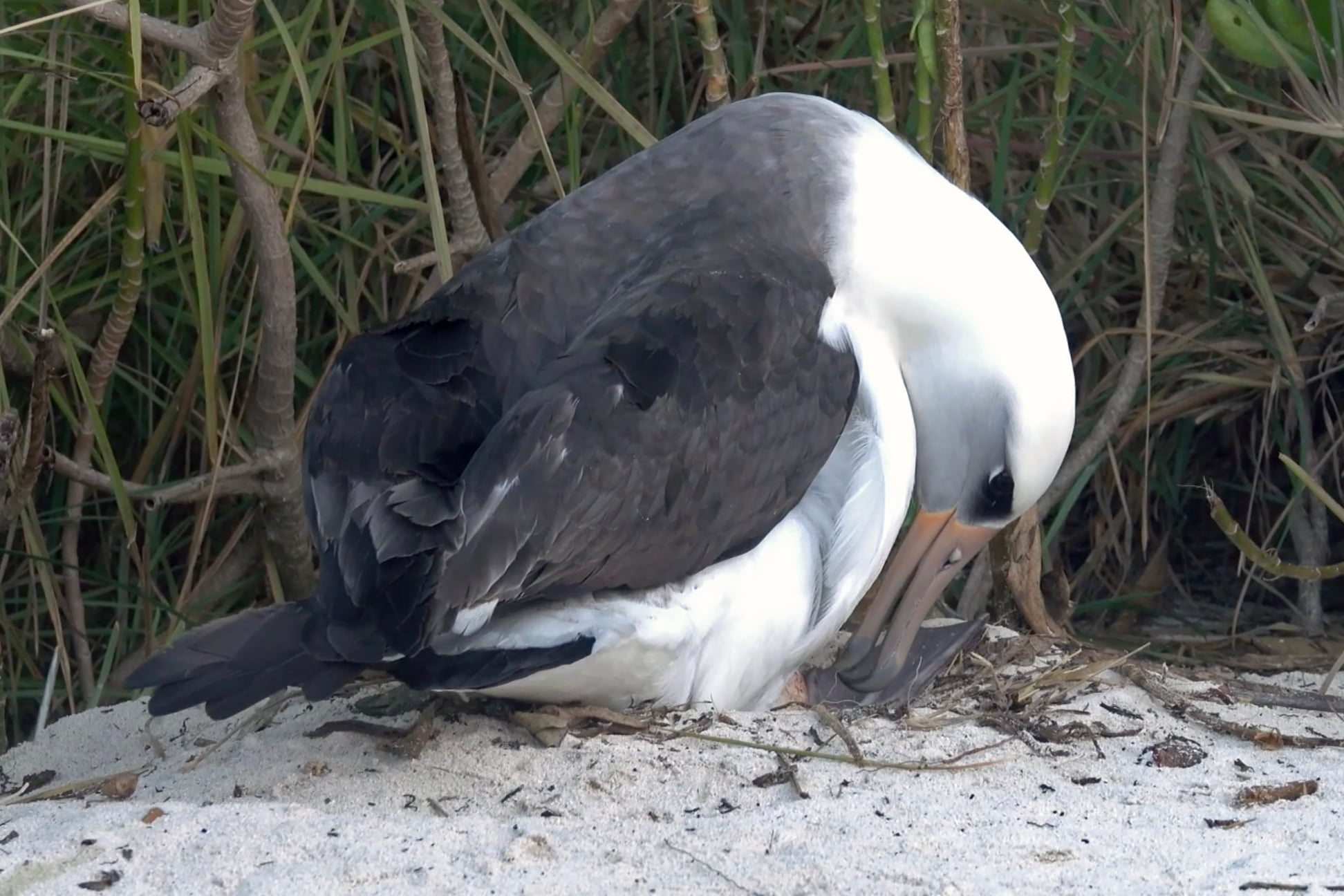 “Sighting N333 on a nest was a long shot because the nest is not located in a study plot and is approximately 176 yards [160 m] from Wisdom’s nest site near a path to North Beach.  What makes this discovery particularly extraordinary is because N333 as a young chick miraculously survived the March 11, 2011 tsunami triggered by a magnitude 9.1 earthquake off the northeastern coast of Japan.  A massive ocean swell surged across the Pacific that day eventually inundating with water and debris most of Eastern Island and parts of Sand Island killing an estimated 110,000 albatross chicks that were too young to fly plus two thousand adults.”

“When Wisdom returned to Midway Atoll to feed her chick on March 20, 2011, it was a welcomed sigh of relief amidst the devastation. N333 also survived due in part to the location of Wisdom’s nest site.  The out-planting of native species created a protective dune barrier that guards against rising sea swells from flooding the northern side of Sand Island. Wisdom’s nest site is located just inland of this sand dune line.” 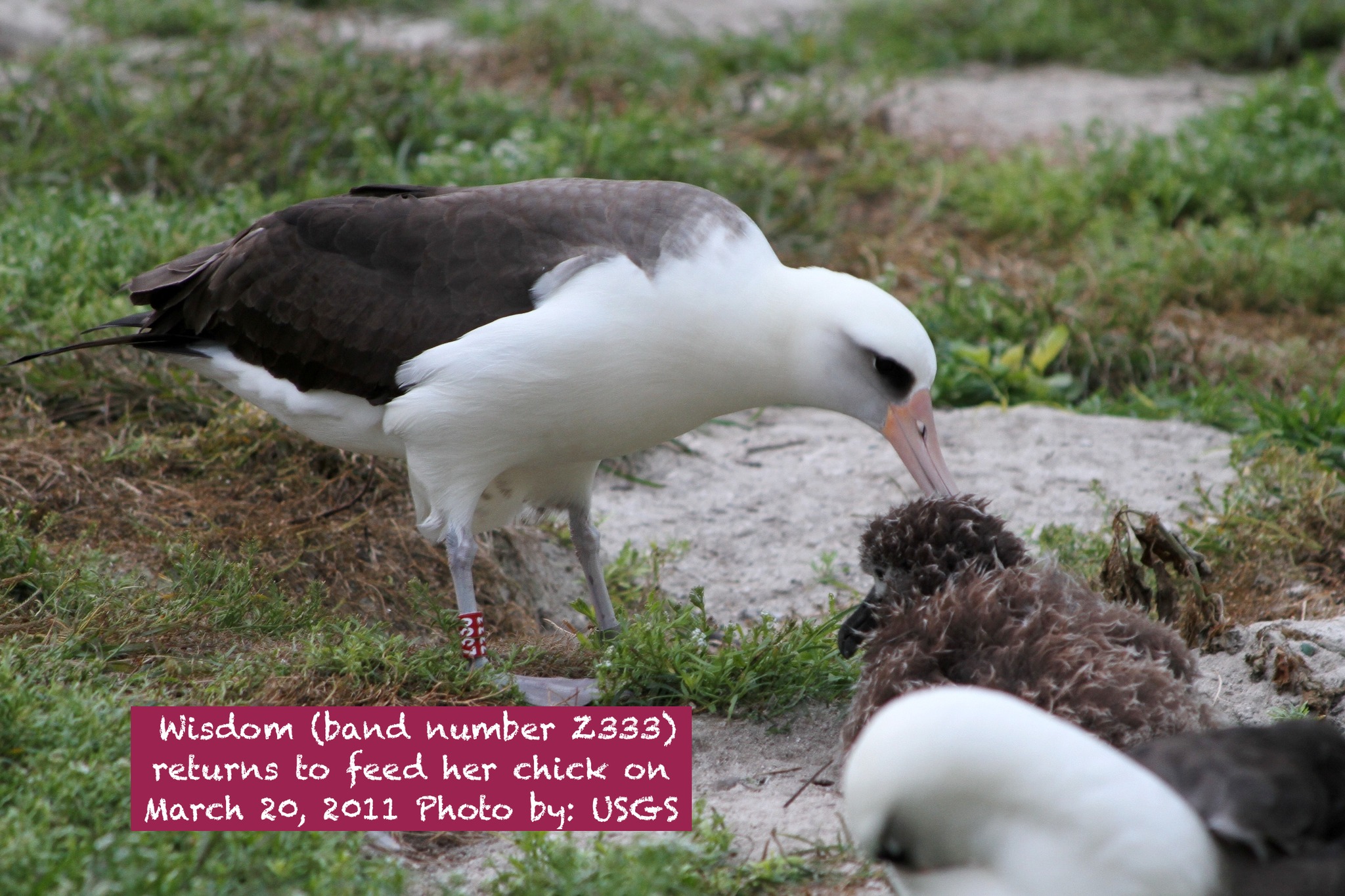 N333 was the first of Wisdom’s chicks banded and was previously sighted by Wildlife Biologist Jon Plissner each spring from 2018 through 2021 close to its parents’ nest.

Note:  The ACAP Information Officer became a grandfather for the first time at the ripe old age of 74 last September, so the above story particularly resonates with him.