Not much news about? Well, here instead is a splendid albicake for World Albatross Day! 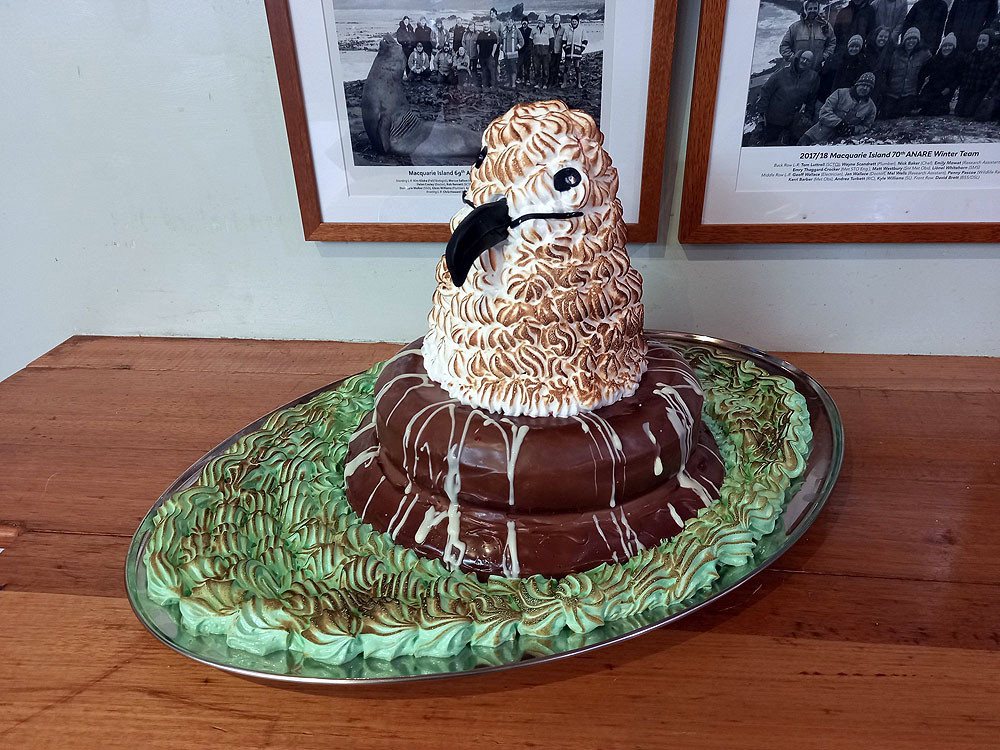 The aptly named Nick Baker is the current chef at the Macquarie Island Research Station.  A veteran of nearly three winters he contributed his masterpiece, presumably virtually, to the Australian Antarctic Division’s Albicake Bake Off in recognition of World Albatross Day last month.  He writes “The nest is a chocolate mud cake with raspberry gelato albatross, covered in crispy meringue in the shape of a light mantled albatross.  Adorned with white chocolate ‘poo’ splatters surrounded by grasses of the green sponge.  I was inspired by the fluffy cuteness of the Sooty Albatross chicks on the slopes around Macca.” 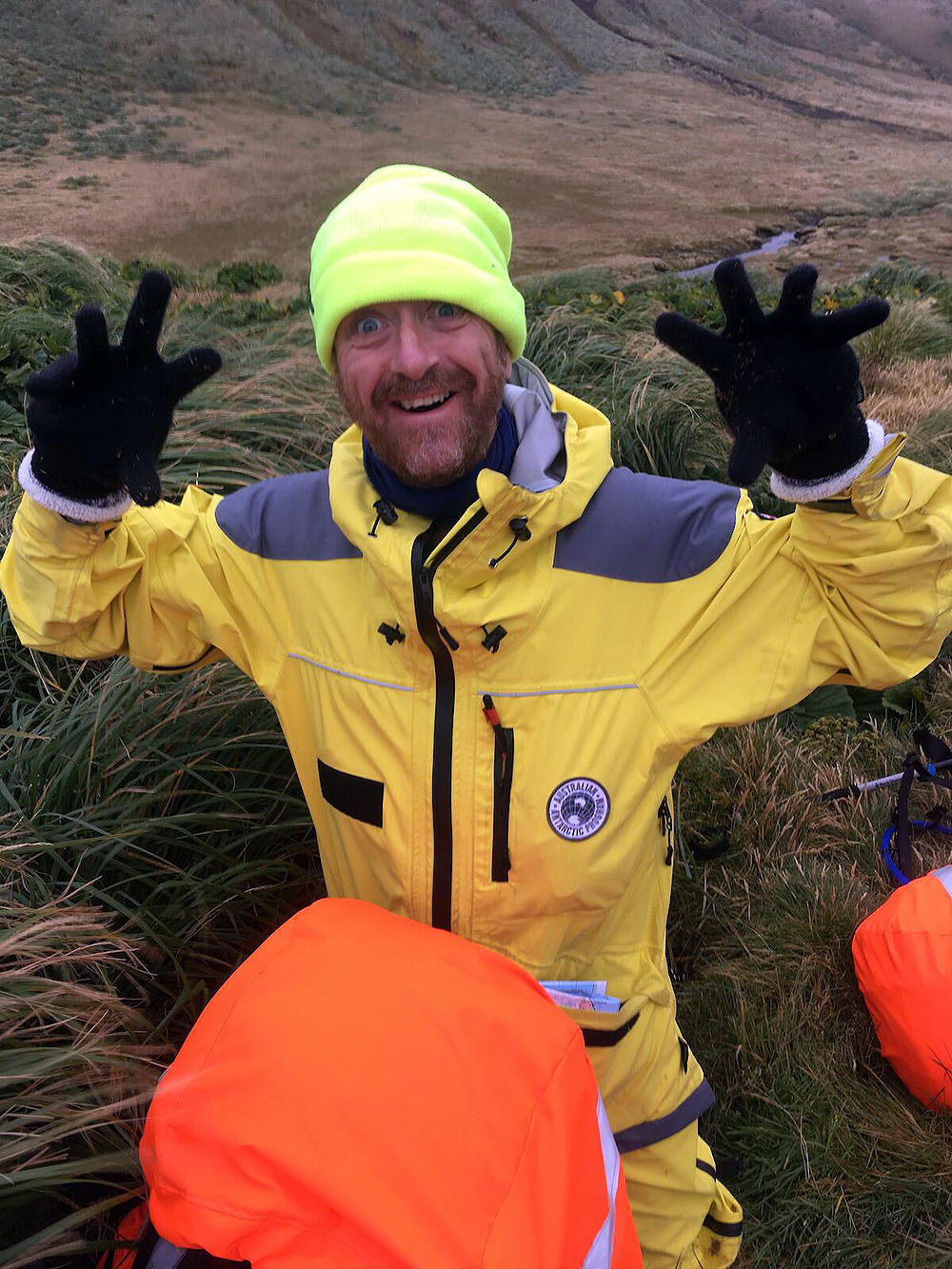 ACAP is relieved to note that “No albatrosses were harmed in the eating of the cakes.”