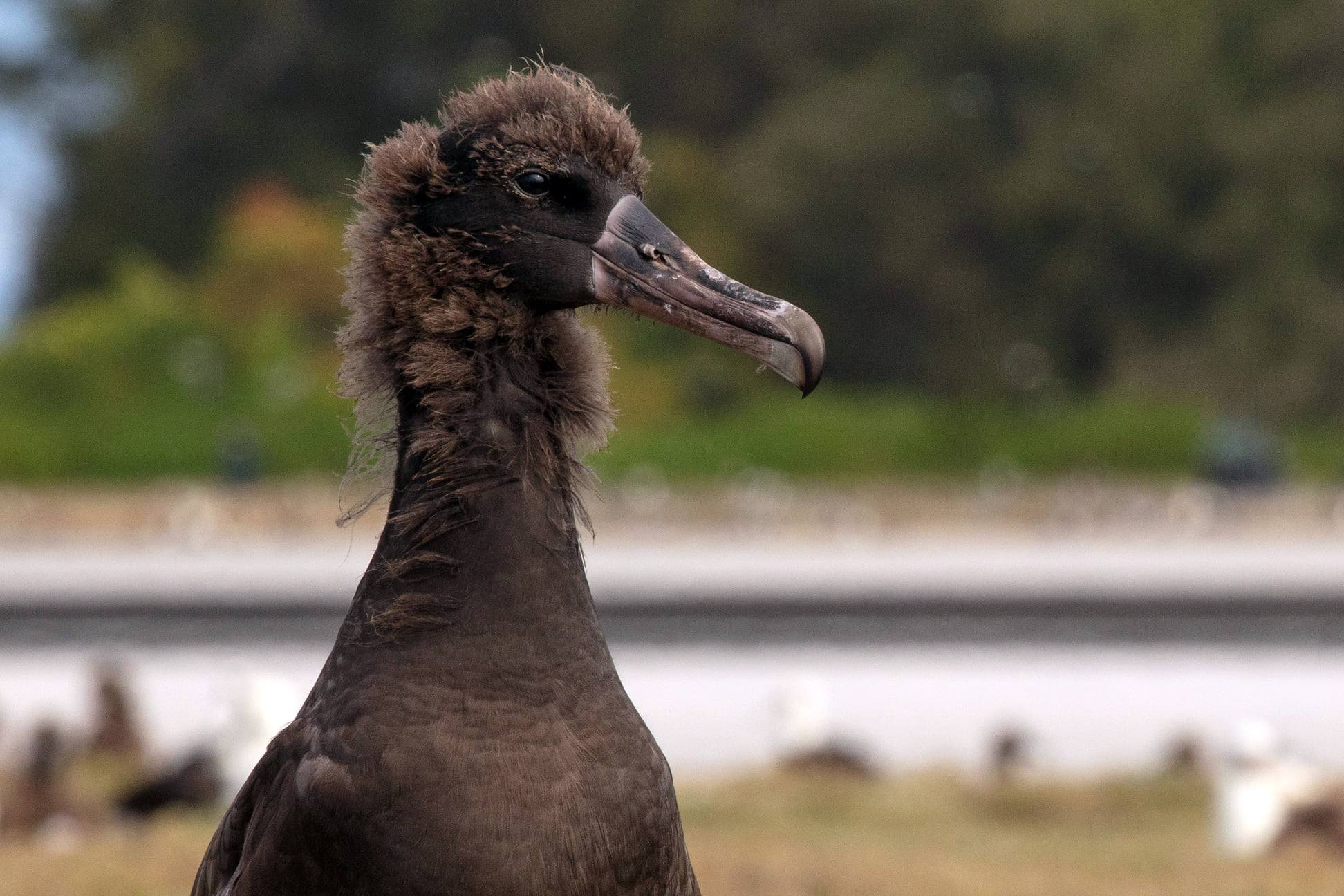 George and Geraldine make up the sole pair of Vulnerable Short-tailed Albatrosses Diomedea albatrus that breed on Midway Atoll’s Sand Island.  They commenced breeding on the island in 2018 after first meeting up on the island in 2016 and have attempted breeding every year since. Their third chick was thought to have hatched on 1 January and will soon be fledging, according to a post and video by the Friends of Midway Atoll National Wildlife Refuge Facebook page:

“Watch the 2021 short-tailed albatross chick as it practices wing flapping while its mother makes a slow walk to the beach to depart after potentially her final feeding and the chick's possible last glance at its' mother. This chick will spend it most its growing up years out foraging and getting to know its home at sea. The chick will likely fledge from Midway Atoll National Wildlife Refuge within the next couple of weeks.”