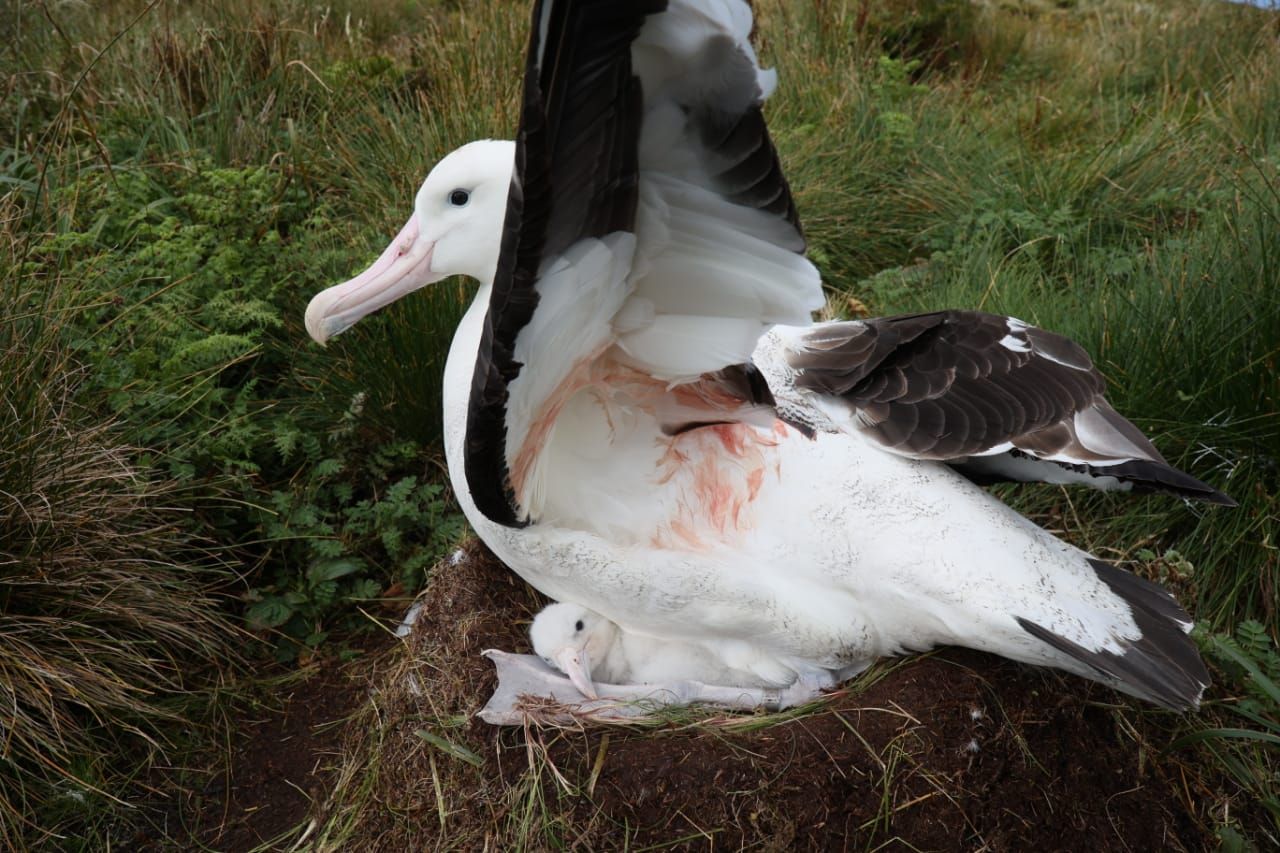 During regular monitoring of nests of the Critically Endangered Tristan Albatross Diomedea dabbenena within a long-term study colony in Gonydale on the UK’s Gough Island in the South Atlantic two nests observed recently had adults carrying wounds.  At one nest the female of the pair with a deep wound on her back was brooding a chick. This wound was much worse than one seen on a different adult in 2018 which was suspected at the time (though not proven) to have been caused by the island’s introduced House Mice.  On a return visit the wound of the female seen sitting on her chick had proved fatal, with her body lying a little way from the nest.  Later the island’s Subantarctic Skuas Catharacta antarctica were observed scavenging from the corpse. 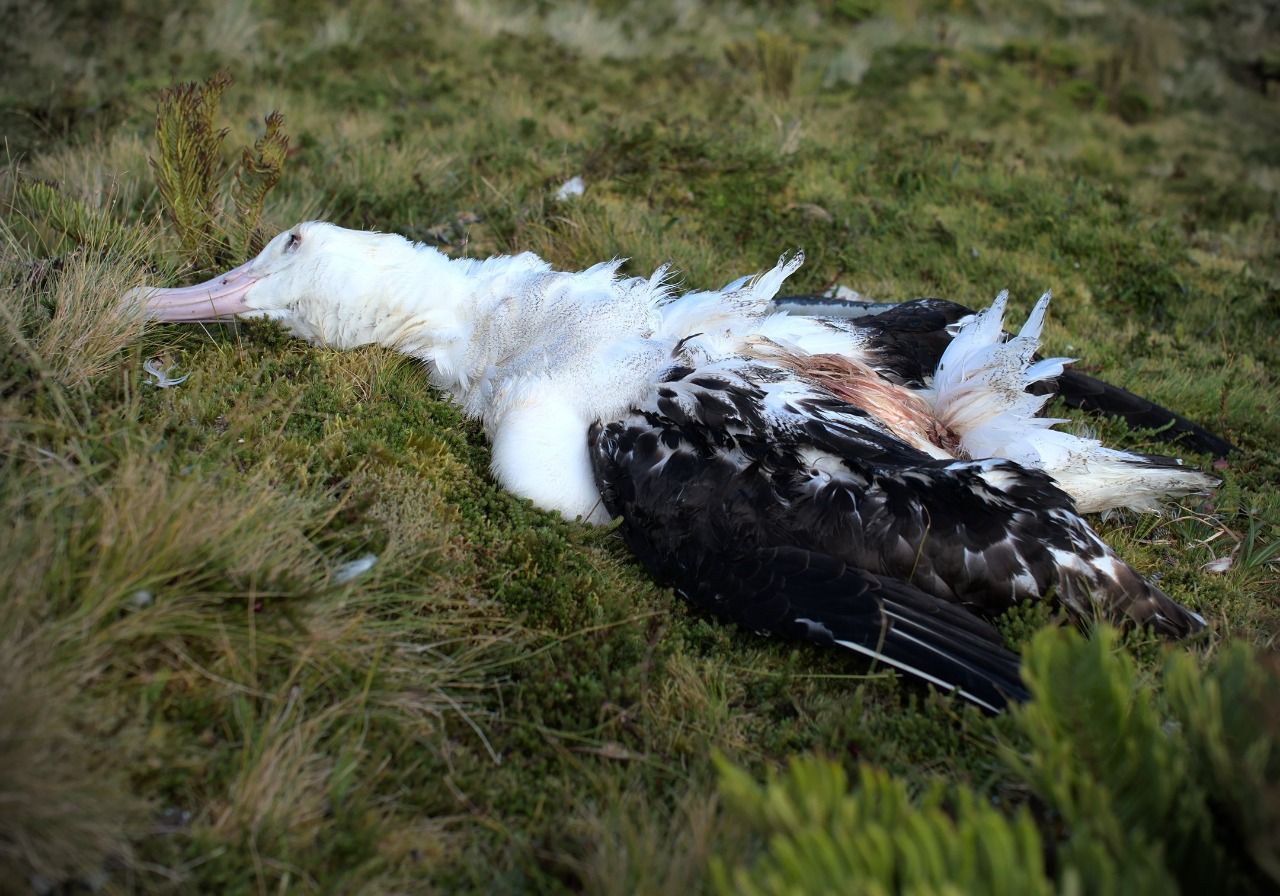 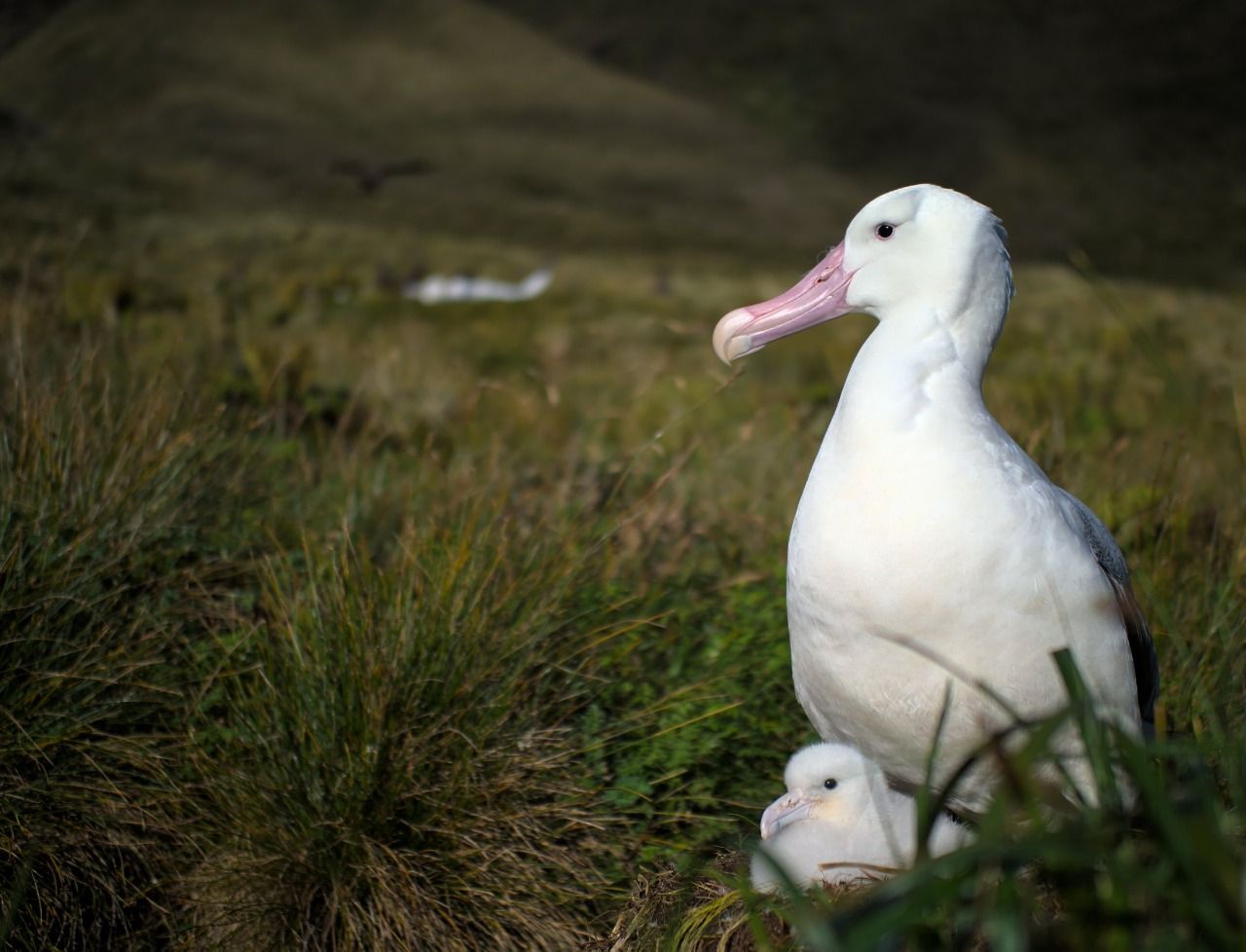 The female has succumbed to its wounds (left); the male on the nest with its dead partner behind (right); photographs by Rolf Daling

The female bird was banded as a chick with metal number J-04145 on 27 September 1986 in Gonydale by a research team from the FitzPatrick Institute, University of Cape Town.  On 10 January 2008 the bird was found incubating in Gonydale by a team led by ACAP’s Information Officer when a yellow colour band E80 was added as part of settimg up the long-term study.  Since then records show it bred successfully six times in eight attempts, with at least one partner change.

"As for what is left of these two nests… With only one parent now providing food, the chick of the dead adult might take longer to fledge and is likely to be in a weaker state, multiplying the threat from the mice and making it less likely to survive at sea. At our last check at the other nest, there was no sign of the wounded adult and the nest had failed." (click here).  There are published cases of single parents (of either gender) of the closely-related Wandering Albatross Diomedea exulans raising a chick to fledging, so the Tristan Albatross chick may yet survive without its female parent.

Watch a short video of the male brooding the chick while its dead partner lies nearby surrounded by skuas.

An attempt to eradicate the mice is due to be made this austral winter by the Gough Island Restoration Programme.

With thanks to Steffen Oppel, Antje Steinfurth and Kim Stevens, Royal Society for the Protection of Birds.