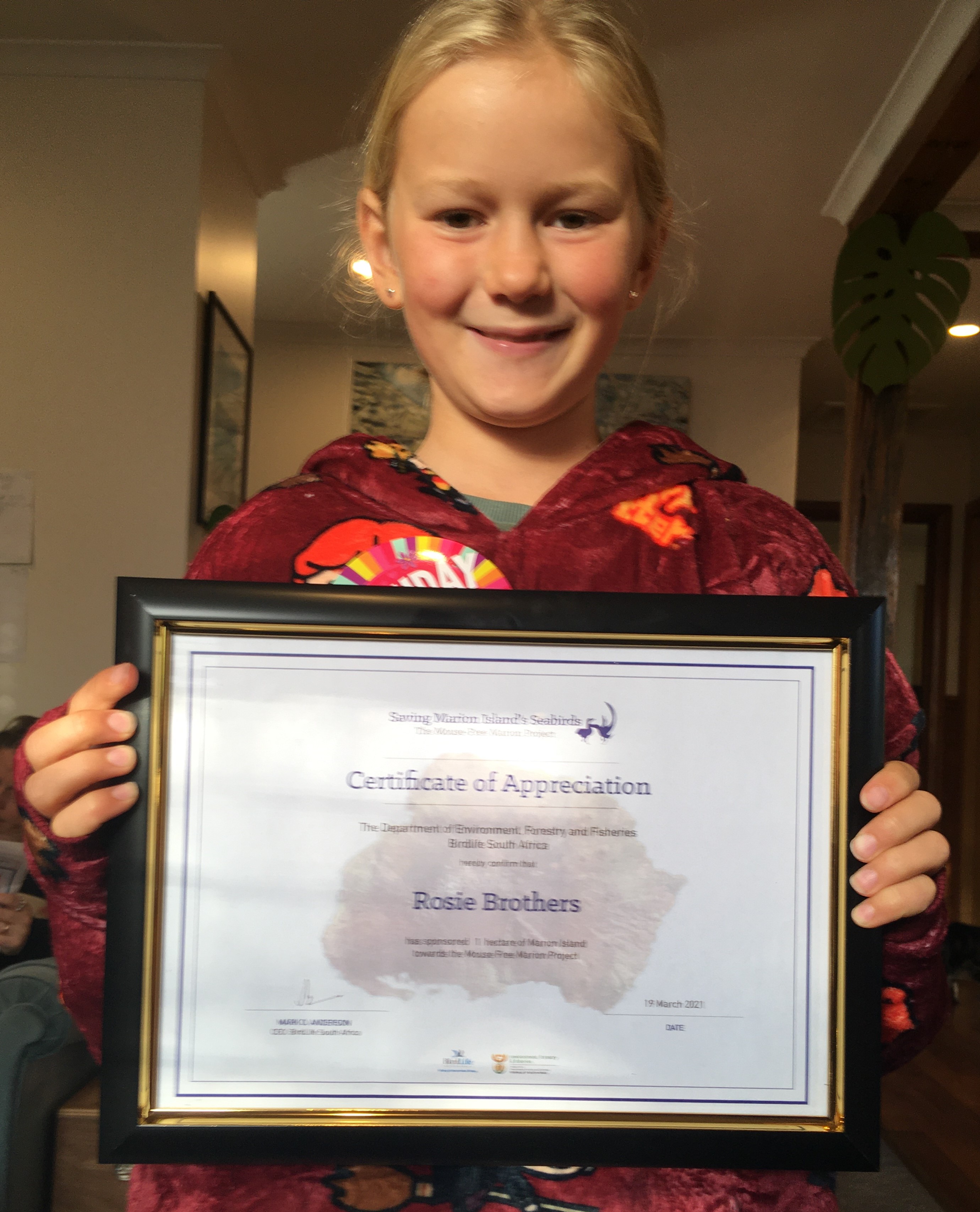 Thanks Grandad!  Rosie Brothers proudly holds her “Sponsor a Hectare” certificate of appreciation received for her 10th birthday from the Mouse-Free Marion Project

At the last meeting of Albatross and Petrel Agreement’s Population and Conservation Working Group (PaCSWG5), held near two years ago in Florianópolis, Brazil, South Africa reported on progress with plans to eradicate the introduced albatross-killing House Mice Mus musculus on its sub-Antarctic Marion Island.  COVID-19 then got in the way with planning over the course of 2020 but now it’s all go again with a Mouse-Free Marion Project Manager, Anton Wolfaardt, appointed earlier this year, a revitalized sponsorship campaign and the intention to undertake the eradication during the austral winter of 2023.

Immediately following South Africa’s report in Brazil, ACAP Seabird Bycatch Working Group expert member Nigel Brothers of Australia spontaneously contributed to the M-FM’s crowd-funding “Sponsor a Hectare” initiative, entrusting ACAP’s Information Officer to carry the donation back to his home in Cape Town.  Now Nigel and his partner Catherine Bone have sponsored a second hectare of Marion Island’s 29 000 ha, this time in the name of his granddaughter, Rosie Brothers, on the occasion of her 10th birthday last month.  Nigel writes to ACAP Latest News: “we think a sponsorship gift is a fabulous idea as clearly evident in Rosie’s thrilled look of pride.” 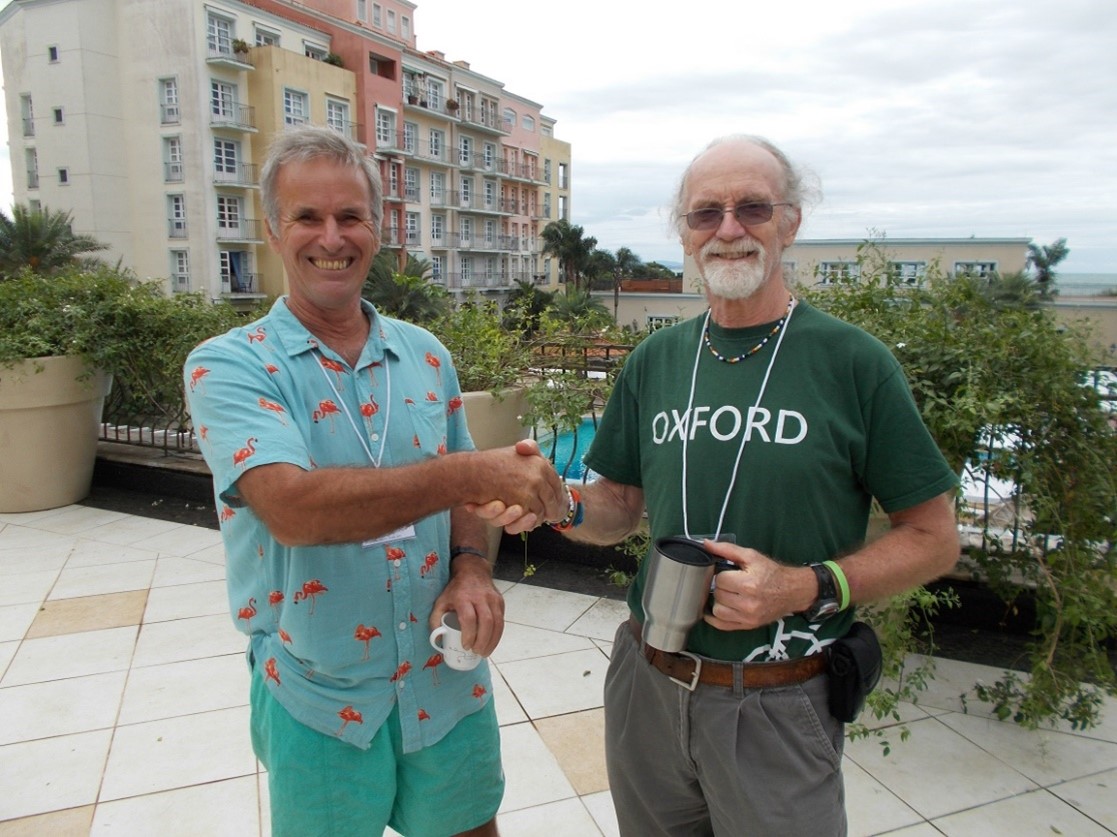 Nigel Brothers has worked on albatross conservation for a number of decades, including initiating and continuing for 20 years a study of the then little-known Australian endemic Shy Albatross Thalassarche cauta on Albatross Island, a study which continues to this day by others.  From his early days surveying and studying seabirds on Macquarie Island and on the many islands around the coast of Tasmania, he moved to address the problem of seabird bycatch by longline vessels, a hitherto overlooked threat.  It is fair to say that his 1991 paper in the journal Biological Conservation was the first to alert the scientific and conservation communities to the scale of the problem.  This has led to Nigel writing several handbooks that describe how longline fishers can reduce their seabird bycatch.  He has been actively involved with working groups and allied bodies of such international organizations as the Commission for the Conservation of Antarctic Marine Living Resources (CCAMLR), the Food and Agriculture Organization of the United Nations (FAO), the various Regional Fisheries Management Organizations that deal with tunas (t-RFMOs) and of course ACAP itself.  His support of an eradication effort that, if successful, will save many albatross chicks from grisly deaths on Marion is thus particularly welcomed. 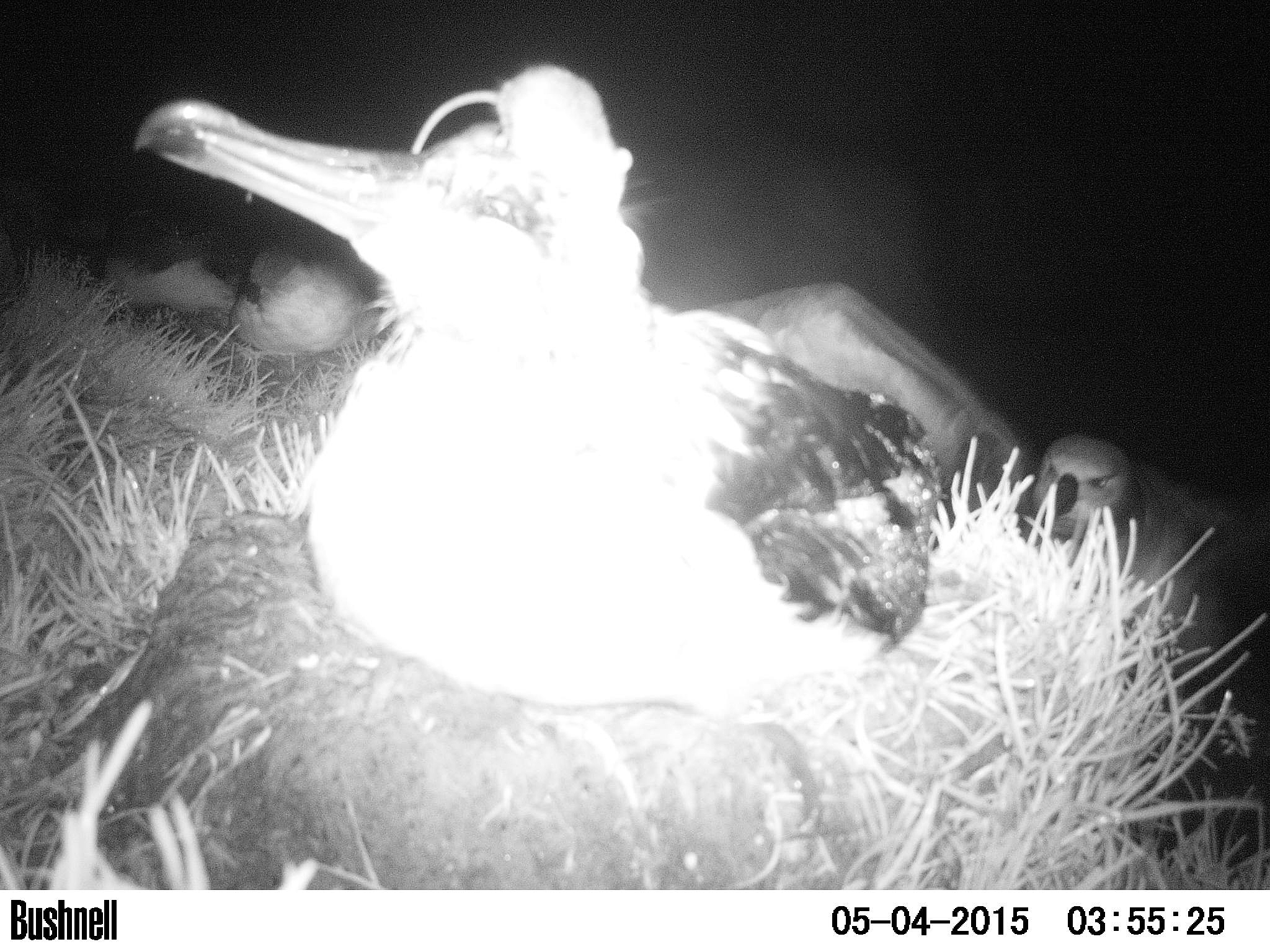 Eaten alive: a Grey-headed Albatross chick is attacked by a mouse at night on Marion Island; photograph from the FitzPatrick Institute, University of Cape Town

Nigel is not the only ACAP stalwart who has sponsored hectares, witness the recent contribution by the United Kingdom’s Mark Tasker.  Further sponsorships by other members of the ACAP community will surely be well received by Mouse-Free Marion!

Brothers, N. & Robertson, G. 1996.  Fish the Sea, not the Sky.  How to avoid by-catch of seabirds when fishing with Bottom Long-lines.  Hobart: Commission for the Conservation of Antarctic Marine Living Resources.  46 pp.

Note: photographs of minors in ACAP Latest News are posted with the express approval of their parents or guardians.