UPDATE:  The Pelagic Australis arrived at Gough Island on 10 March after a nine-day voyage from Cape Town and safely landed its members of the GIRP team ashore. 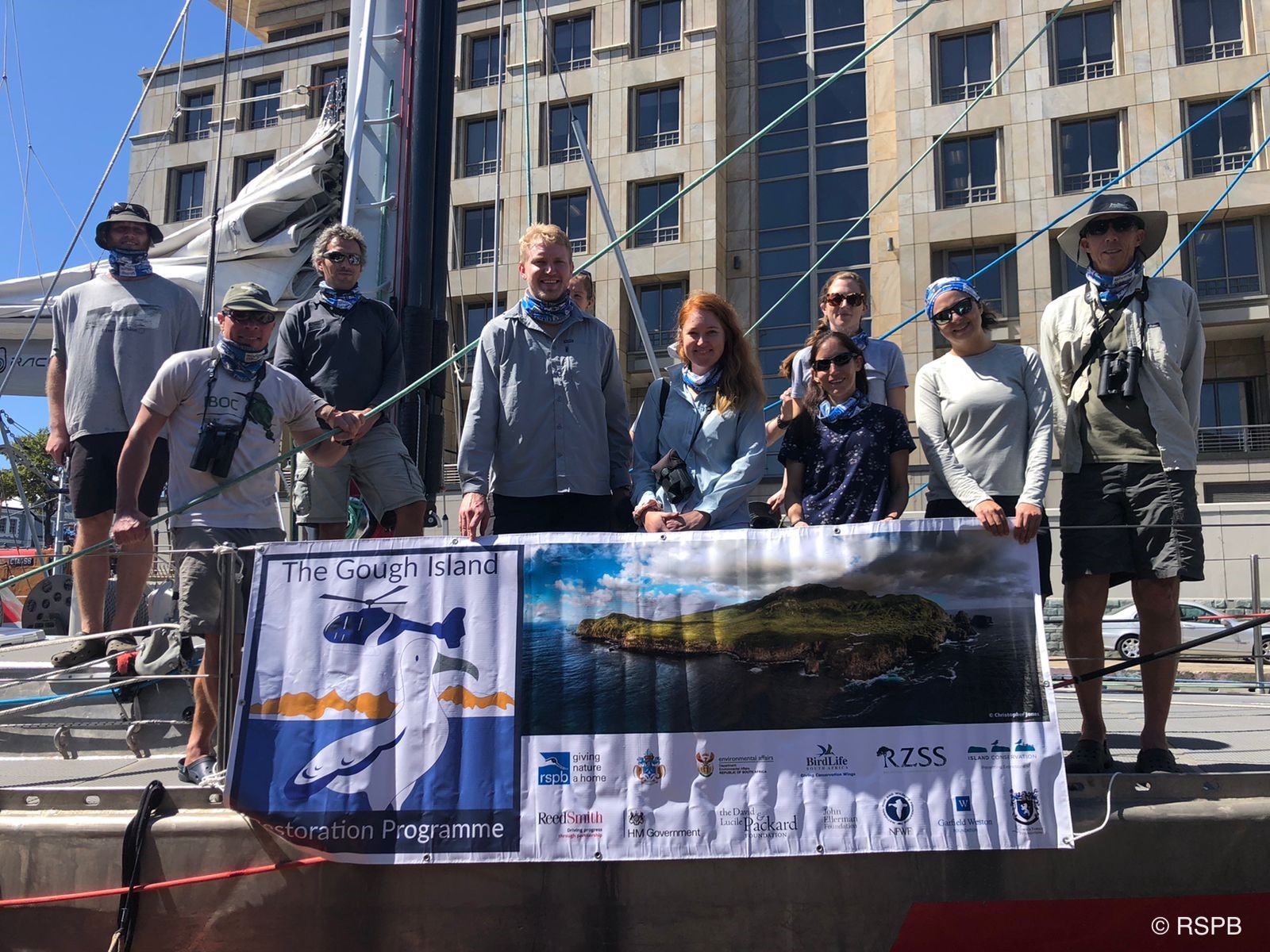 The Pelagic Australis about to leave Cape Town Harbour for Gough Island with the second GIRP team aboard, Chris Jones and Michelle Risi centre, Peter Ryan right; photograph by the RSPB

A second sailing of the Pelagic Australis that left Cape Town yesterday for Gough Island follows the first of last month with more team members of the United Kingdom’s Gough Island Restoration Programme (GIRP) aboard, following two weeks of quarantine to ensure their being COVID-19 free.  GIRP aims to eradicate the island’s House Mice that have taken to attacking and killing breeding albatrosses and petrels, including the Critically Endangered and near-endemic Tristan Albatross Diomedea dabbenena.  Along with members of GIRP aboard the yacht is Peter Ryan, Director of the University of Cape Town’s FitzPatrick Institute of African Ornithology.  Peter is an old Gough Island hand having first visited the island to conduct research on the impact of plastic ingestion on Great Shearwaters Ardenna gravis towards his MSc (along with ACAP’s Information Officer) way back in 1984.  With him on the yacht is his erstwhile postgraduate student Chris Jones, who graduated with an MSc in 2018 following a study of Gough’s prions Pachyptila spp. Also aboard is Michelle Risi, a member of ACAP’s World Albatross Day Group (and designer of the ‘WAD2021’ suite of posters of Critically Endangered albatrosses).  Michelle has already spent three tours of service on Gough working for GIRP monitoring the island’s seabirds – two of them consecutive years – along with husband, Chris Jones. 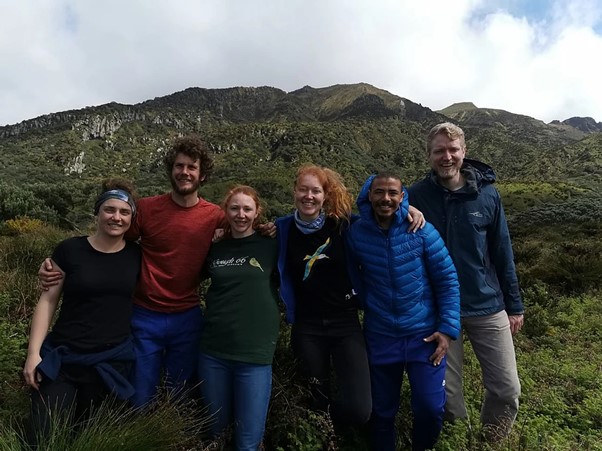 When they arrive on the island they will meet up with GIRP member Alexis Osborne, who sailed last month with the first team.  Alexis is another of Peter’s past MSc students, having graduated in 2020 for a study of moult in allbatrosses and giant petrels that included information collected on Gough.  And already on the island since last year are two more of Peter’s students, Vonica Perold and Kim Stevens, both working towards their PhDs.  With no less than five marine ornithologists linked to the ‘Fitztitute’ together on the island later this month ACAP Latest News is sensing a photo opportunity! 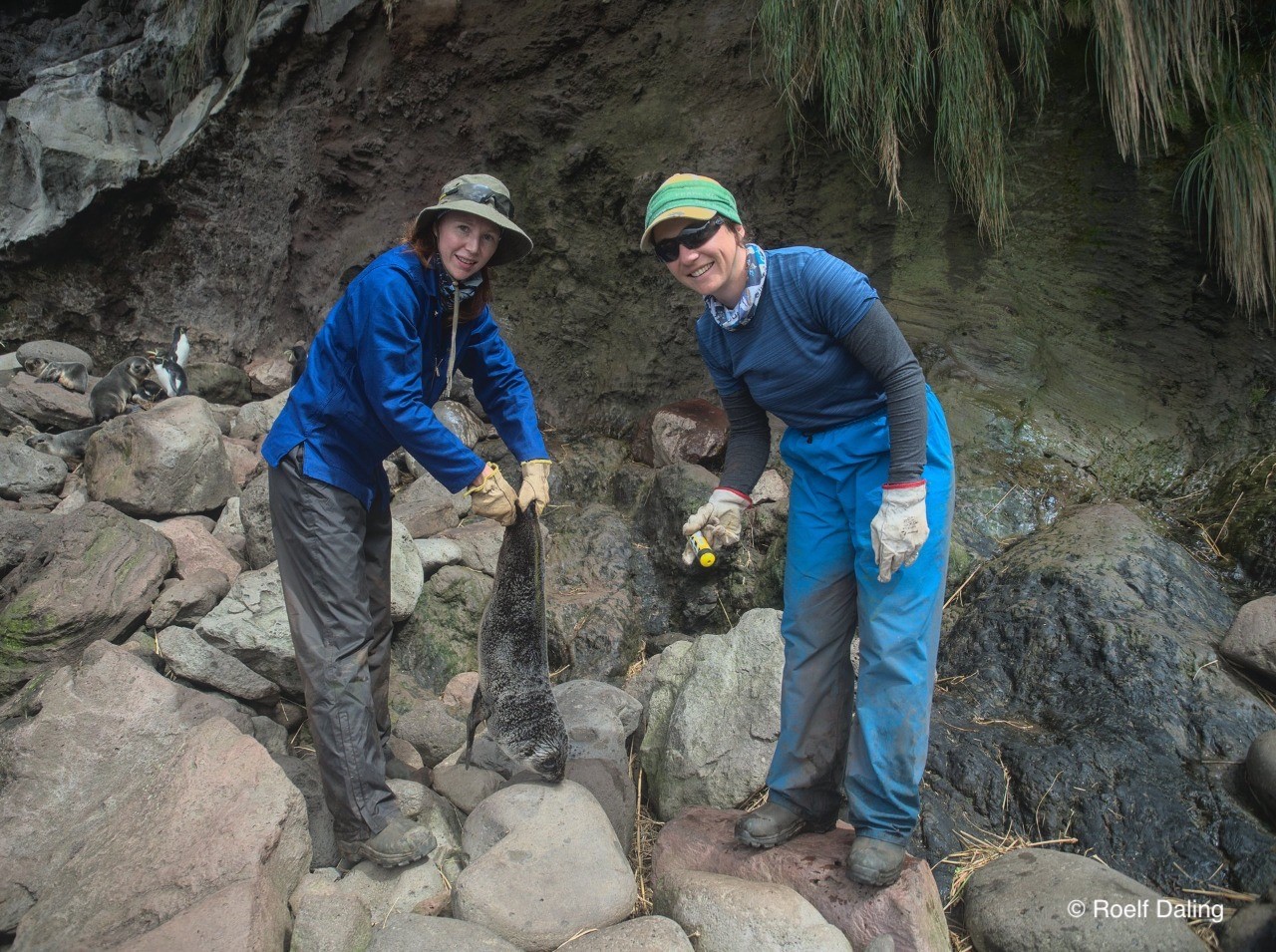 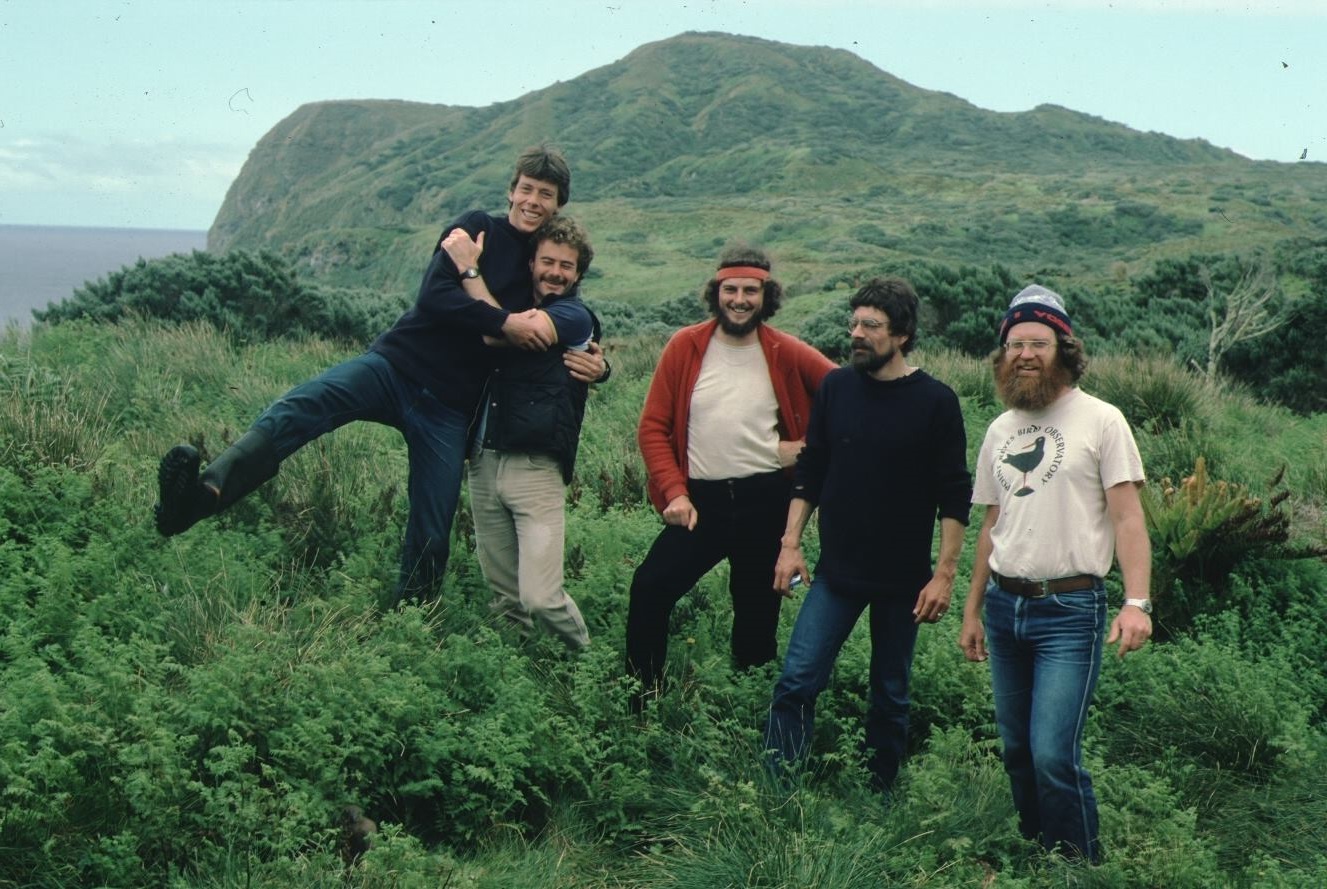 A blast from the past: a young (and exuberant) Peter Ryan (left) with colleagues on Gough Island in 1984.  ACAP’s Information Officer is on the right; in between them are Barry Watkins, Stevi Broni and the late Jim Enticott

With thanks to Michelle Risi, Peter Ryan and Antje Steinfurth.