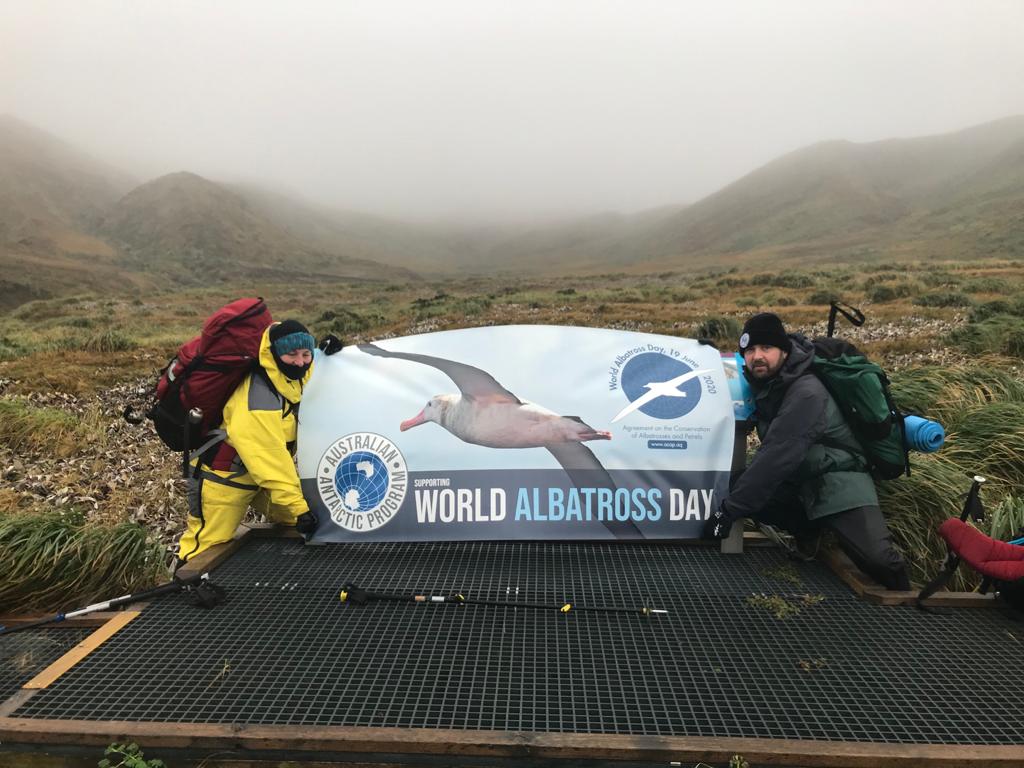 As part of raising awareness of the inaugural World Albatross Day on 19 June ACAP has been challenging field teams working with albatrosses at breeding localities or going to sea as observers on fishing vessels to make a suitably-worded banner advertising ‘WAD2020’.

Australia has now joined seven other ACAP Parties and two non-Party albatross breeding range states in the World Albatross Day banner challenge by displaying two different banners on sub-Antarctic Macquarie Island last month.  This brings near-complete coverage of sub-Antarctic island groups in the Southern Ocean; the only exception being Australia’s Heard and McDonald Islands – uninhabited and rarely visited.  Banners or posters have now been displayed on 22 islands with breeding albatrosses, some more than once at different times and localities (click here).

On Macquarie the Australian Antarctic Division (AAD) works closely with rangers from Tasmania’s Parks and Wildlife Service to protect the values of the island and its albatross populations.

Jonathon Barrington of the AAD and Australia’s National Representative to ACAP writes to ACAP Latest News: “Australia is home to 19 albatross species and is an original signatory and Party to the Albatross and Petrel Agreement.  It works domestically as well as with other range states and high seas fishing nations to protect albatrosses globally.”  He adds “Macquarie Island, a World Heritage Site, supports a rich diversity of seals, penguins, flying seabirds, invertebrates and plants.  It is home to populations of four out of the five albatross species that breed within Australia’s jurisdiction - Wandering Albatross, Black-browed Albatross, Grey-headed Albatross and Light-mantled Albatross.  Through the joint efforts of the Australian and Tasmanian Governments, rabbits, rats and mice were declared eradicated from Macquarie Island in 2014 [click here], and cats in a separate programme before then in 2000.  It was the world’s largest pest eradication of its kind.  There were considerable logistical challenges in undertaking this eradication 1500 km south-east of Tasmania in the sub-Antarctic and we owe a debt of gratitude to all those involved for their efforts.”

Finn Taylor, Macquarie Island Station Leader writes “The AAD is proud to support ACAP and World Albatross Day, working in partnership to protect habitats for these amazing seabirds.”  He notes that “the island’s recovery is impressive and the flora and fauna have bounced back, with tussock grasses providing cover for albatross chicks and those of other seabirds”. 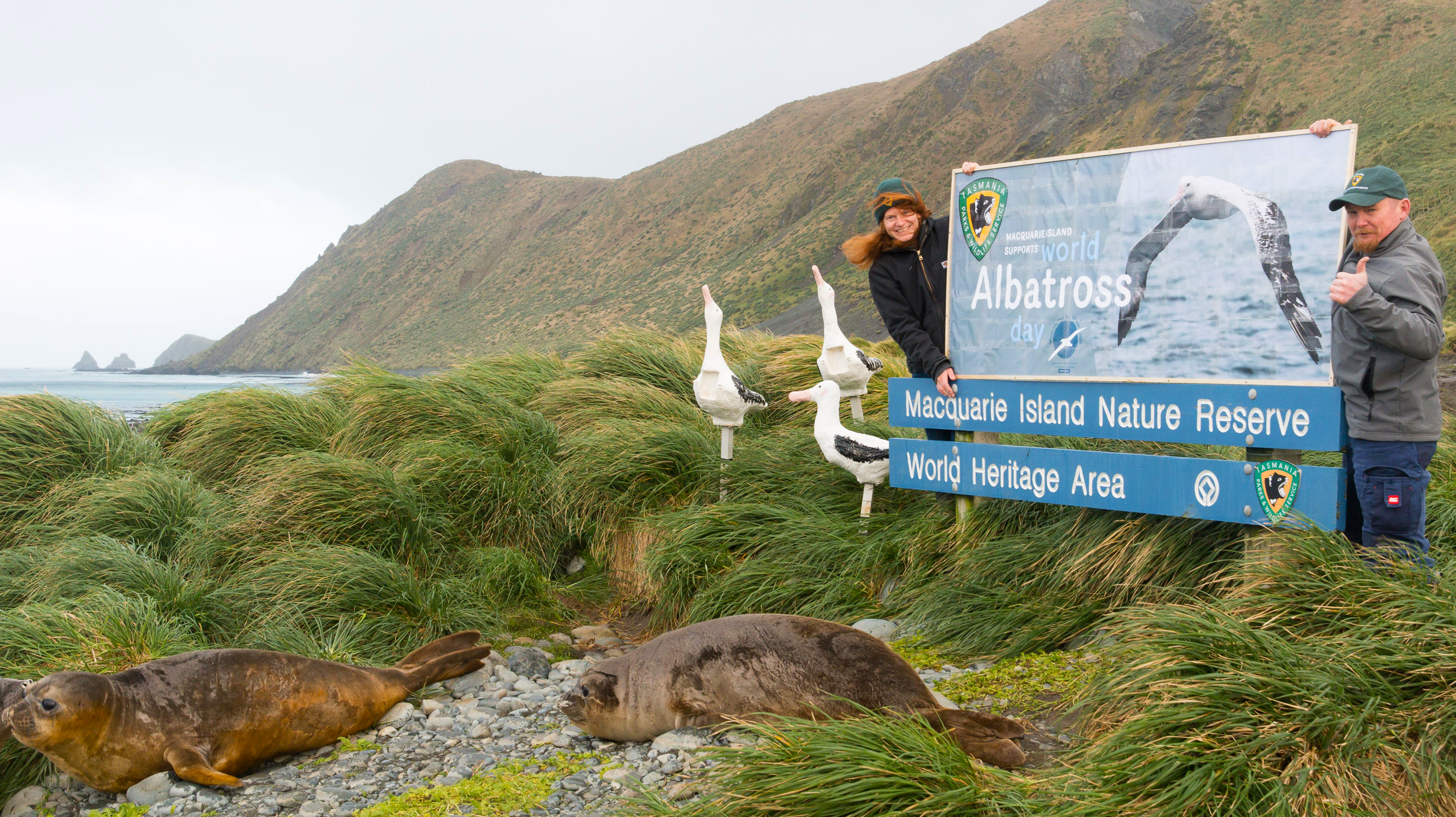 Chris Howard, Ranger in Charge on Macquarie says “Tasmania Parks and Wildlife Service is the agency responsible for the overall management of the Macquarie Island Nature Reserve and its natural resources.  Its rangers are actively involved on the island in many aspects of monitoring and management of the avifauna, including albatrosses.  The Australian Antarctic Division operates a base at the northern end of the island (the Isthmus) and provides logistical support that enables the rangers to operate in the challenging wind-swept location.  A very collaborative relationship!”