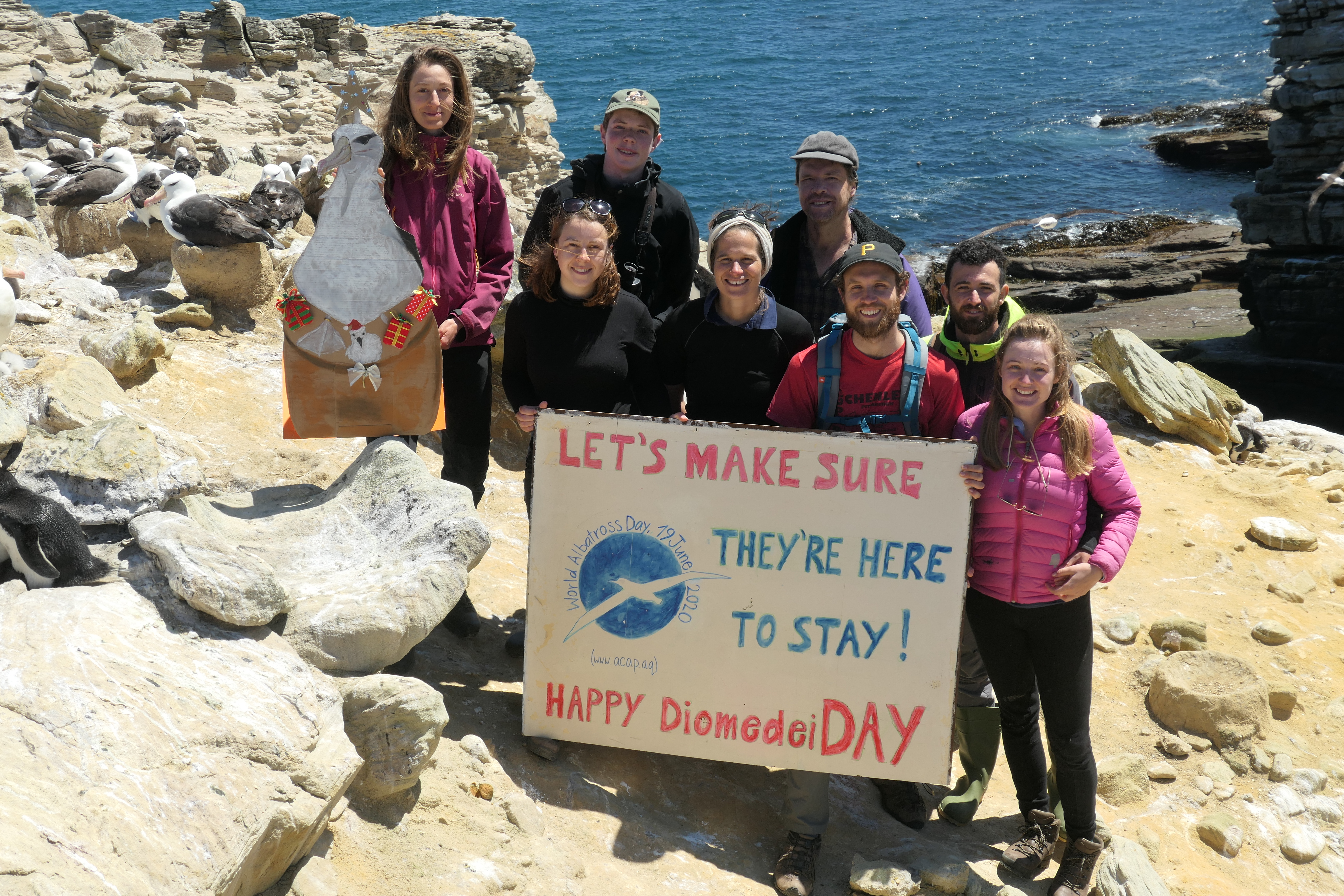 New Island was first established as a private nature reserve in 1972.  The island is owned and managed by the New Island Conservation Trust.

Led by MARE-ISPA’s Paulo Catry, albatross research conducted on New Island included annual population monitoring for long-term demographic studies, tracking of breeding birds for foraging studies, and observational work looking at pair-bonding behaviour within the colony.  Colleagues from the Oxford Navigation Group, Oxford University and from elsewhere contributed to the field work.  Two members of the field team, Martin Beal and Amanda Kuepfer, found time to make a World Albatross Day banner, using a wooden board and marker pens.  Not to be outdone, Aude Boutet made an ‘Albatross Christmas Tree’, which was first used for the team’s Christmas celebrations. 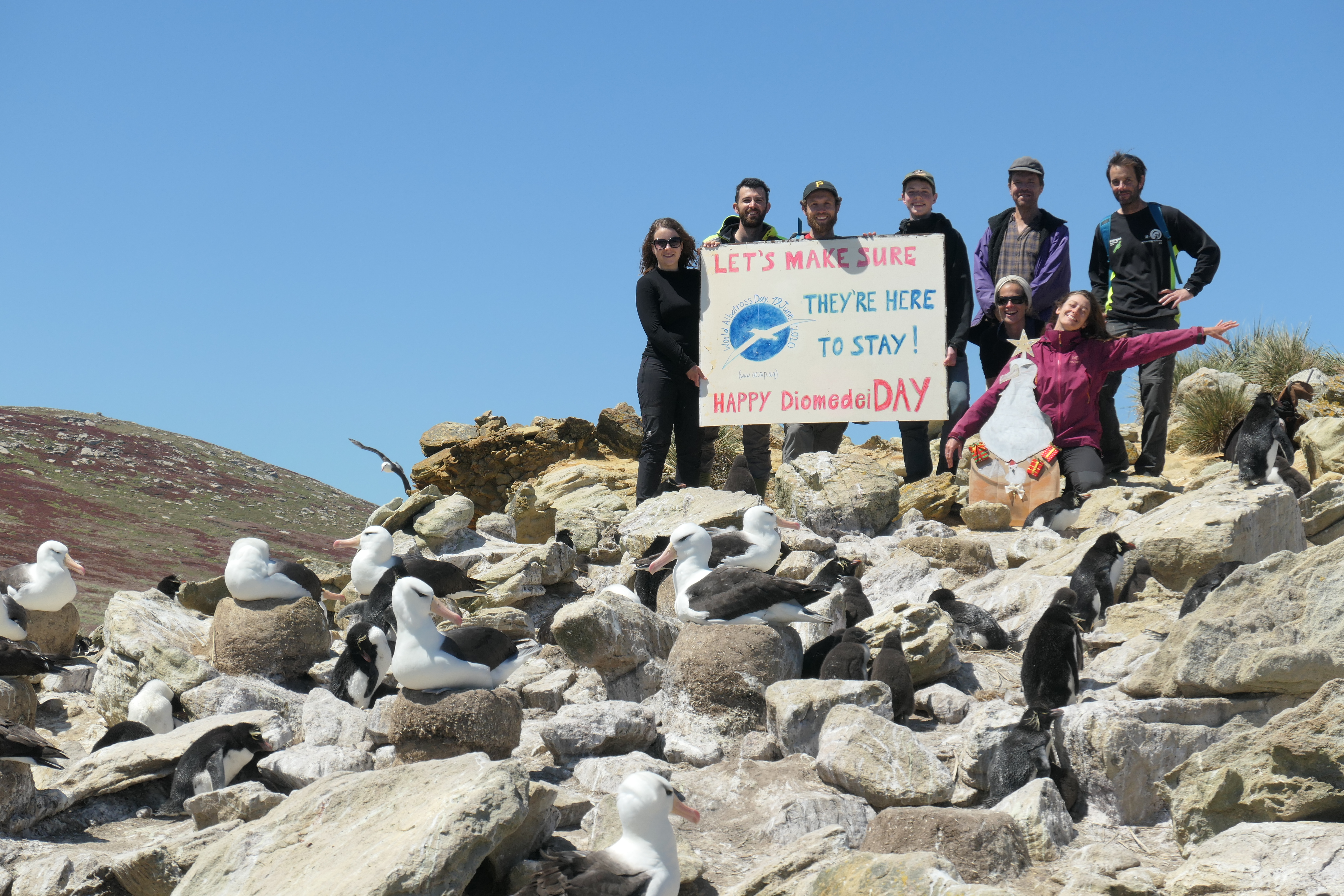 In addition to the albatross work by MARE-ISPA, other researchers present on the island monitored populations of Thin-billed Prions Pachyptila belcheri, Southern Rockhopper Penguins Eudyptes chrysocome and Imperial Cormorants Phalacrocorax atriceps.  One of the last WAD2020 banner photos to be submitted, Martin informs ACAP Latest News that the researchers were fortunate to get back to their respective homes before international travel restrictions due to COVID-19 kicked in.