Rising to the challenge: Steeple Jason in the South Atlantic gets a World Albatross Day banner

Back in November last year Falklands Conservation (BirdLife partner) travelled to Steeple Jason as part of the Falkland Islands Seabird Monitoring Programme (FISMP) to survey breeding albatrosses and penguins.  Equipped with a home-made World Albatross Day banner (and the novelty of a drone) the team obtained some great photos from the edge of an albatross colony. 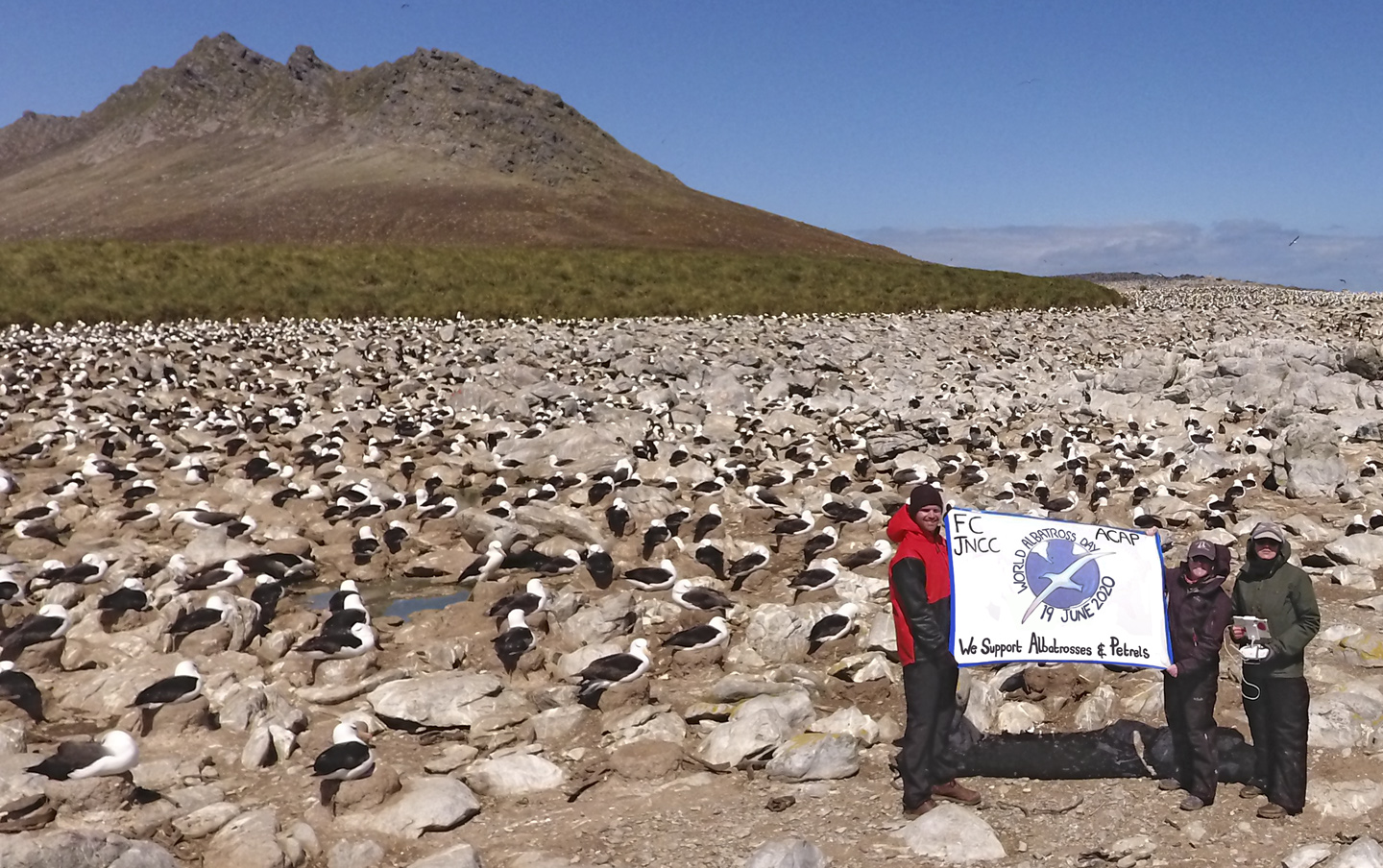 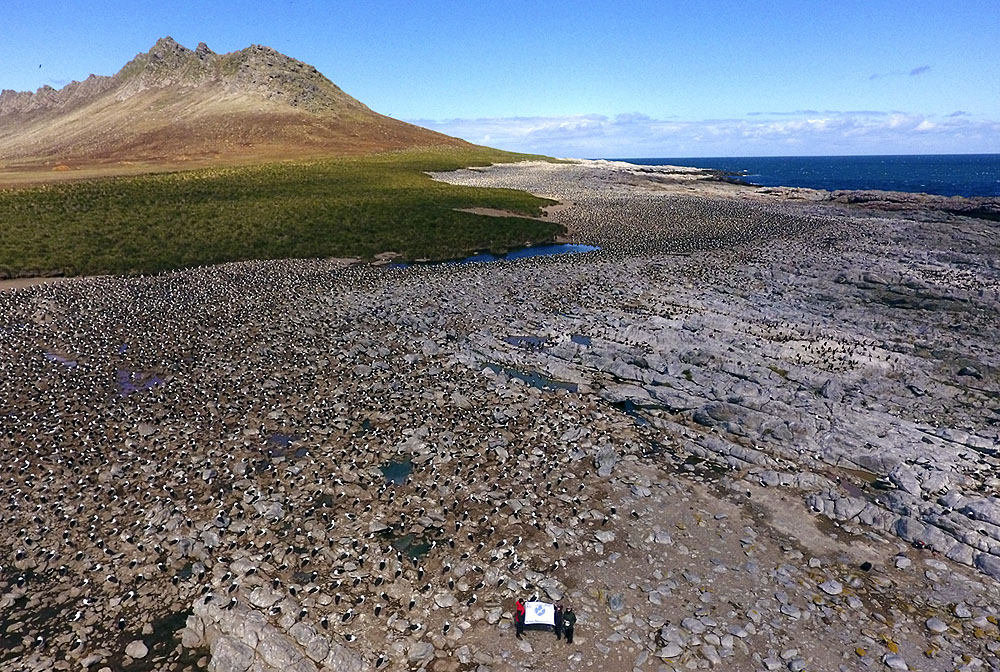 The above two photos by drone: the albatrosses appear to take no notice 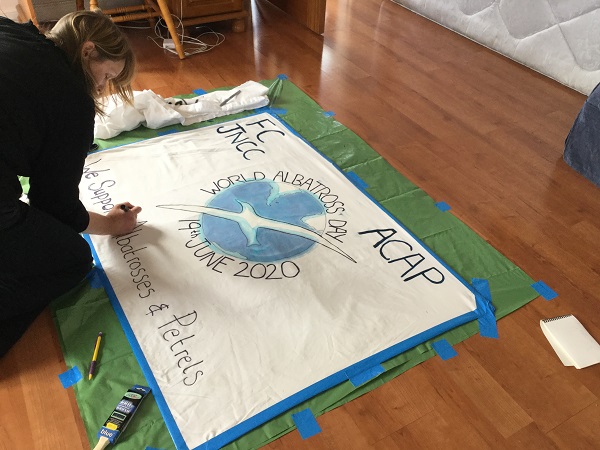 Sarah Crtofts works on the banner destined for Steeple Jason

Before the field trip Conservation Officer Sarah Crofts wrote to ACAP Latest News: “World Albatross Day brings awareness of the global conservation plight of these extraordinarily long-lived ocean navigators.  It also celebrates the efforts achieved by scientists, conservationists, governments and industry working together to sustain albatross populations into the future".

Steeple Jason is the ninth albatross island to be part of the ‘WAD2020 Banner Challenge’, and the first for the Falkland Islands (Islas Malvinas)*.  More islands are expected to be added to the list, hopefully also including several in the northern Hemisphere.  If a few more islands are included it is intended to make a poster of the banner photos in time for World Albatross Day on 19 June that will be freely available for downloading.