The James Campbell National Wildlife Refuge on the Hawaiian island of Oahu has its first breeding pair of globally Near Threatened Laysan Albatrosses Phoebastria immutabilis.

After three years of social attraction with decoys and a call-broadcasting system and more than 700 recorded visits from wild adults, a wild pair has laid an egg and commenced incubation. The pair was banded in the refuge so its provenance is unknown. Three more birds are sitting on empty nest bowls within the predator-proof fenced area where chicks artificially hatched from eggs translocated from the island of Kauai have been had-reared until fledging over the last three breeding seasons (click here). 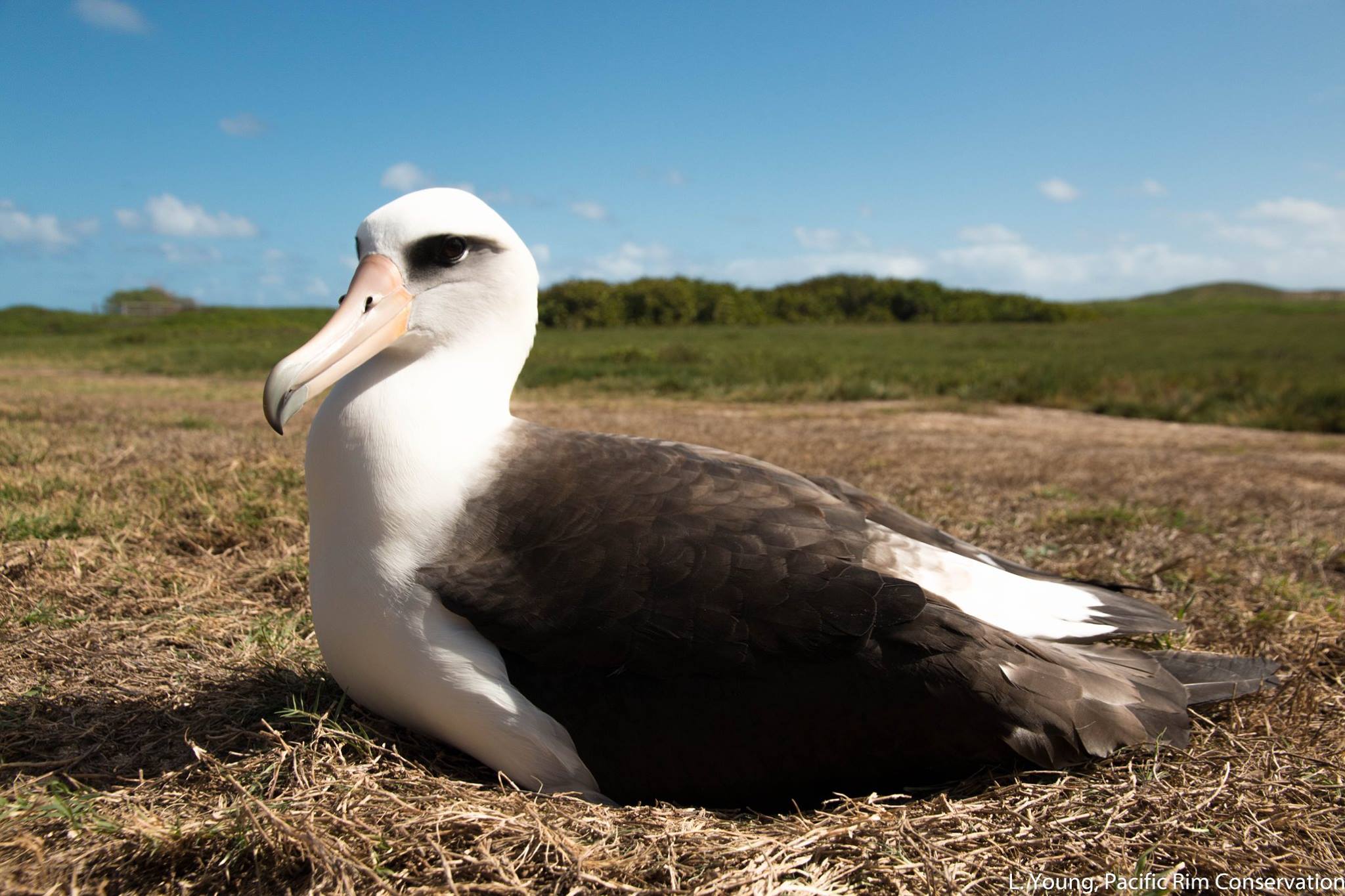 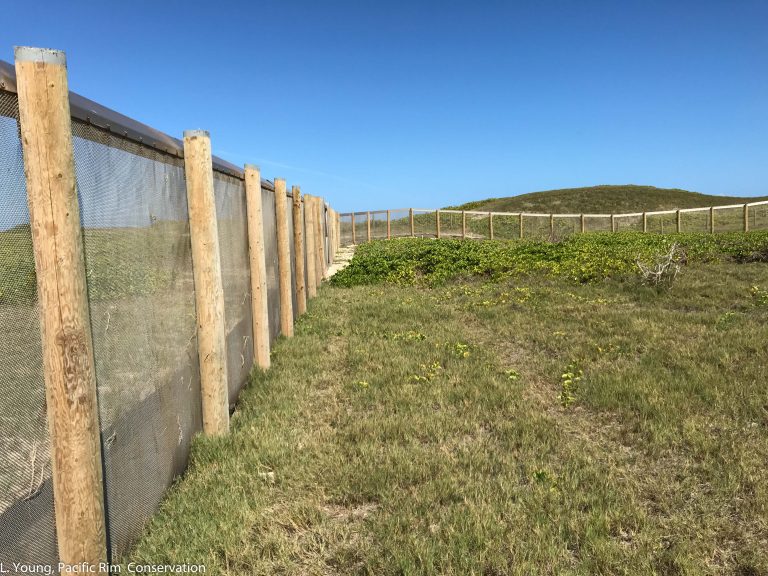 The breeding area in the James Campbell National Wildlife Refuge is protected by a predator-proof fence, photograph by Lindsay Young

According to Pacific Rim Conservation a few more nests are expected to be established this season. This will be the first year translocated chicks could be expected to return as pre-breeders.

The refuge is also being used to hand rear translocated chicks of the globally Near Threatened Black-footed Albatross P. nigripes. The overall aim is to create a new breeding colony for both albatross species which at most of their low-lying breeding sites are at risk from sea level rise predicted to be caused by climate change (click here).