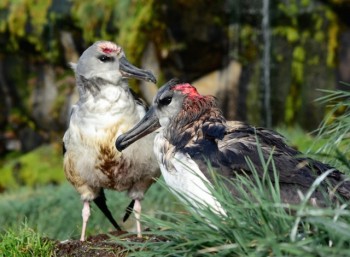 The study concludes that “eradication of mice from Marion Island is definitely possible with a high chance of success.”  The study makes a number of operational and research & information recommendations that should be addressed prior to an eradication attempt by aerial baiting.

Following the Parkes report BirdLife South Africa has stated “we do … need to do some further research, to answer key questions relating to the logistics of the mission.  How do we avoid or minimize non-target impacts on some of the birds which will be at risk? How much bait will be needed? When is the best time to start the baiting? These questions are being developed into a research plan that we hope to put into action in 2017” (click here).

With thanks to Ross Wanless.