Mexico’s Natividad Island gets a visit by two Laysan Albatrosses

Yuri Albores-Barajas (Universidad Autónoma de Baja California Sur: La Paz, Baja California Sur, Mexico) and colleagues have published a note in the journal Oryx on their observations of two Near Threatened Laysan Albatrosses Phoebastria immutabilis (one banded as a chick on Hawaiian island of Oahu in 2010) visiting Natividad Island for a two-month period in 2019. 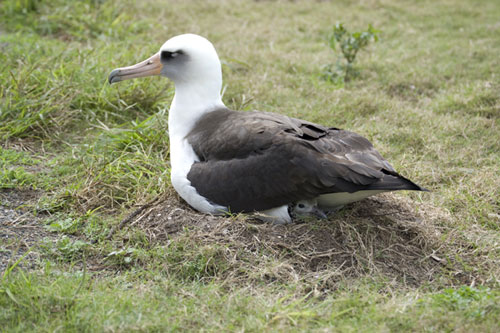 A Laysan Albatross broods its chick on a Hawaiian island, photograph by James Lloyd

Note the short note does not seem to make it clear whether both, or only the banded bird, was seen ashore, or, indeed, that they acted as a pair.