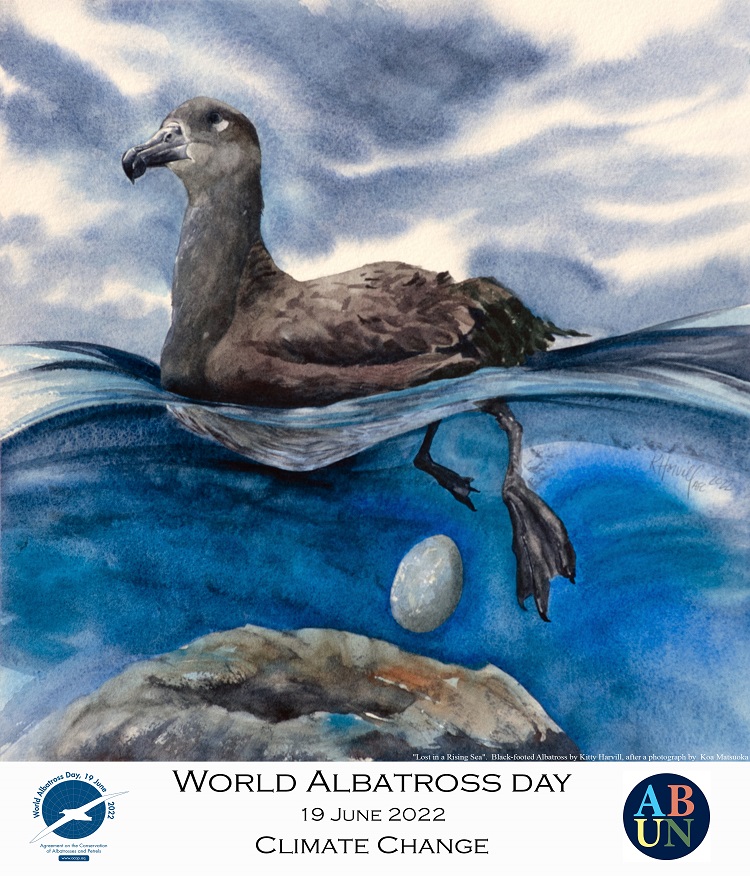 The Albatross and Petrel Agreement has chosen the theme “Climate Change” to mark the third World Albatross Day, to be celebrated on 19 June 2022.  This follows the inaugural theme “Eradicating Island Pests” in 2020 and “Ensuring Albatross-friendly Fisheries" last year.

ACAP’s WAD poster designer, Michelle Risi, now based on Aldabra Atoll for two years after an extended stay on Gough Island, has produced eight posters featuring selected artworks produced by Artists and Biologists Unite for Nature (ABUN) in a collaboration with ACAP for World Albatross Day 2022.  The high-resoution artwork posters have been made freely available below for printing during the build up to World Albatross Day on 19 June.  French and Spanish versions are to follow.  ACAP requests it be acknowledged in their use for conservation purposes.  They should not be used for financial gain.

View the 12 photo posters produced by Michelle Risi for WAD2022. 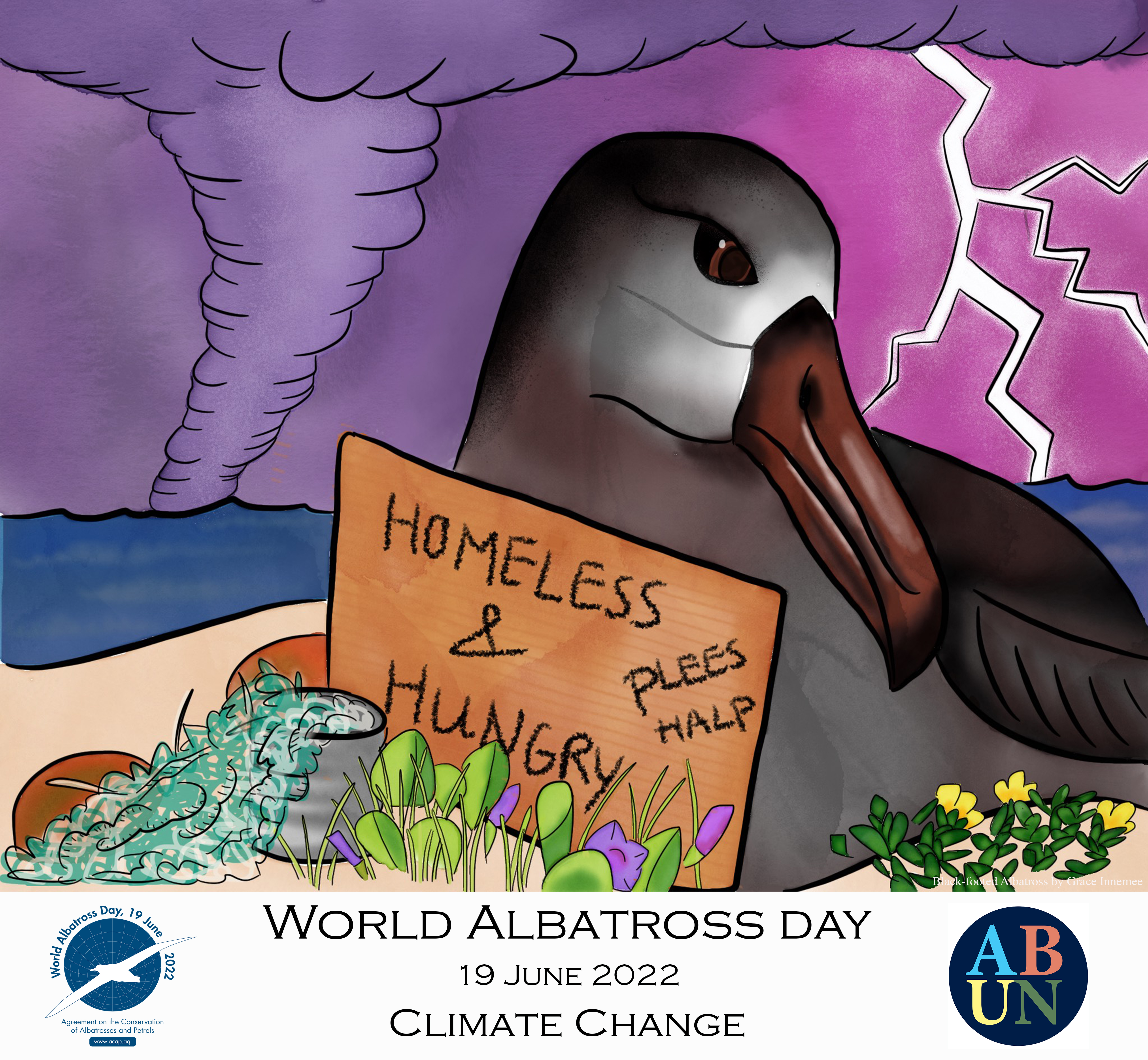 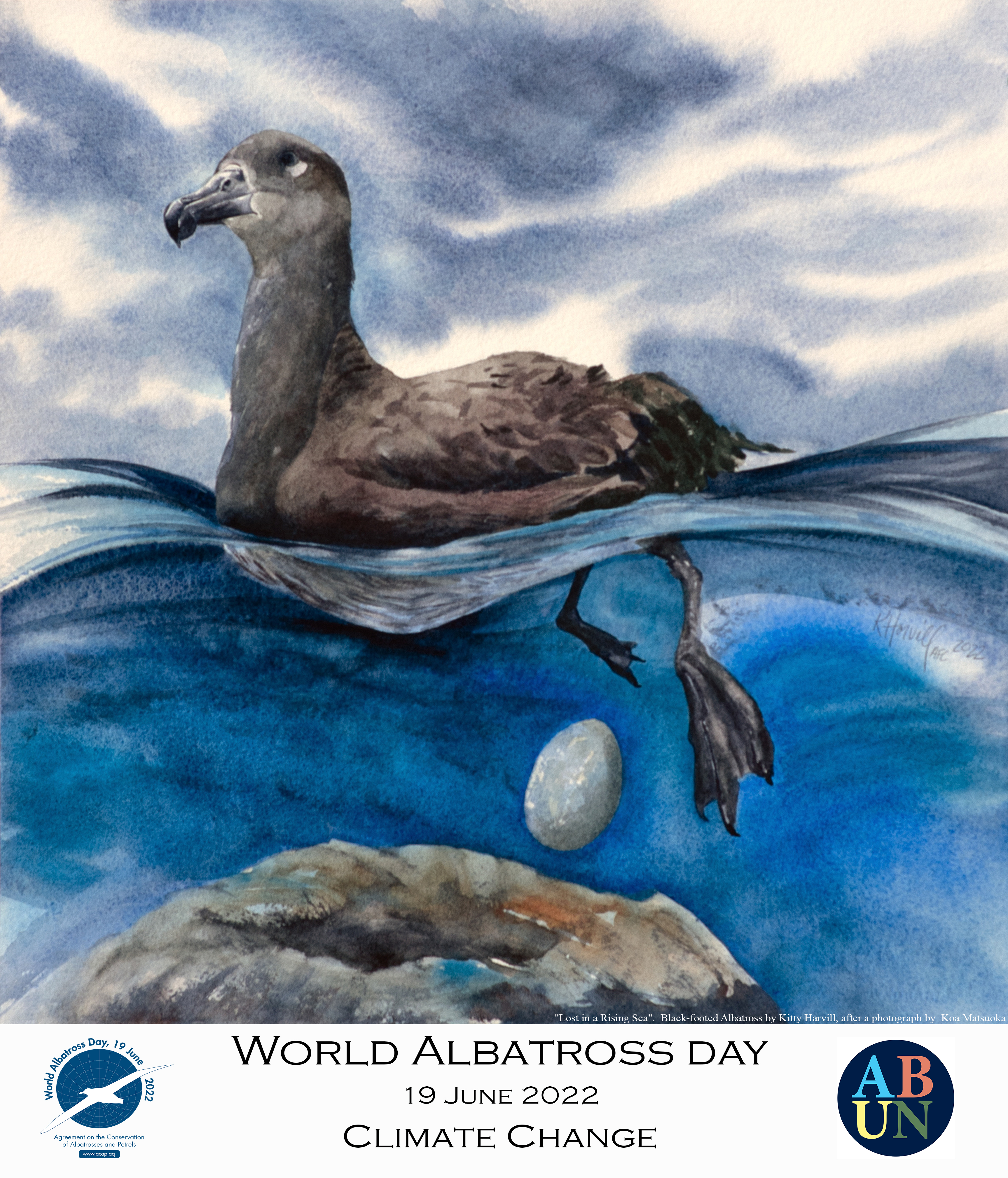 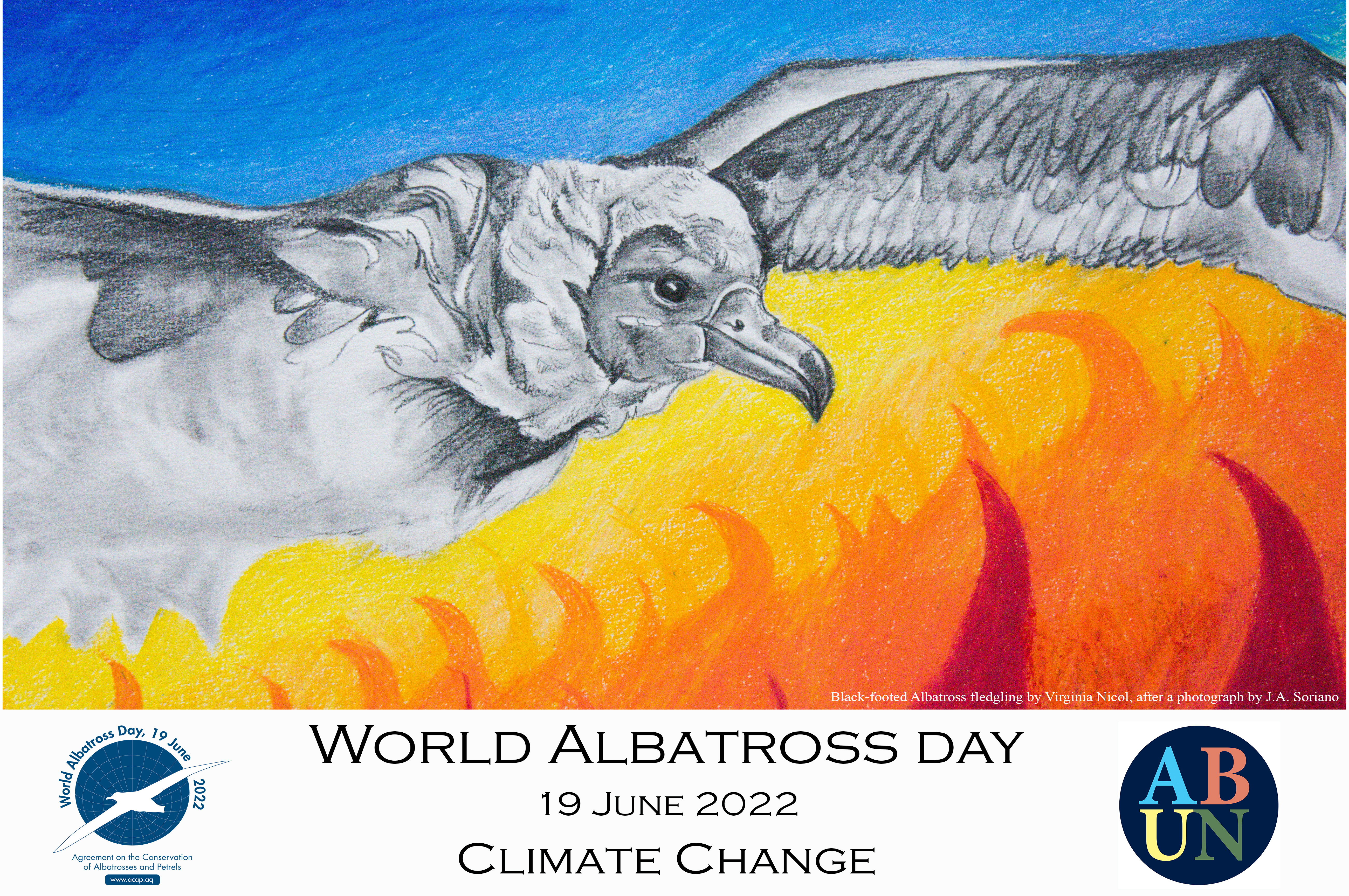 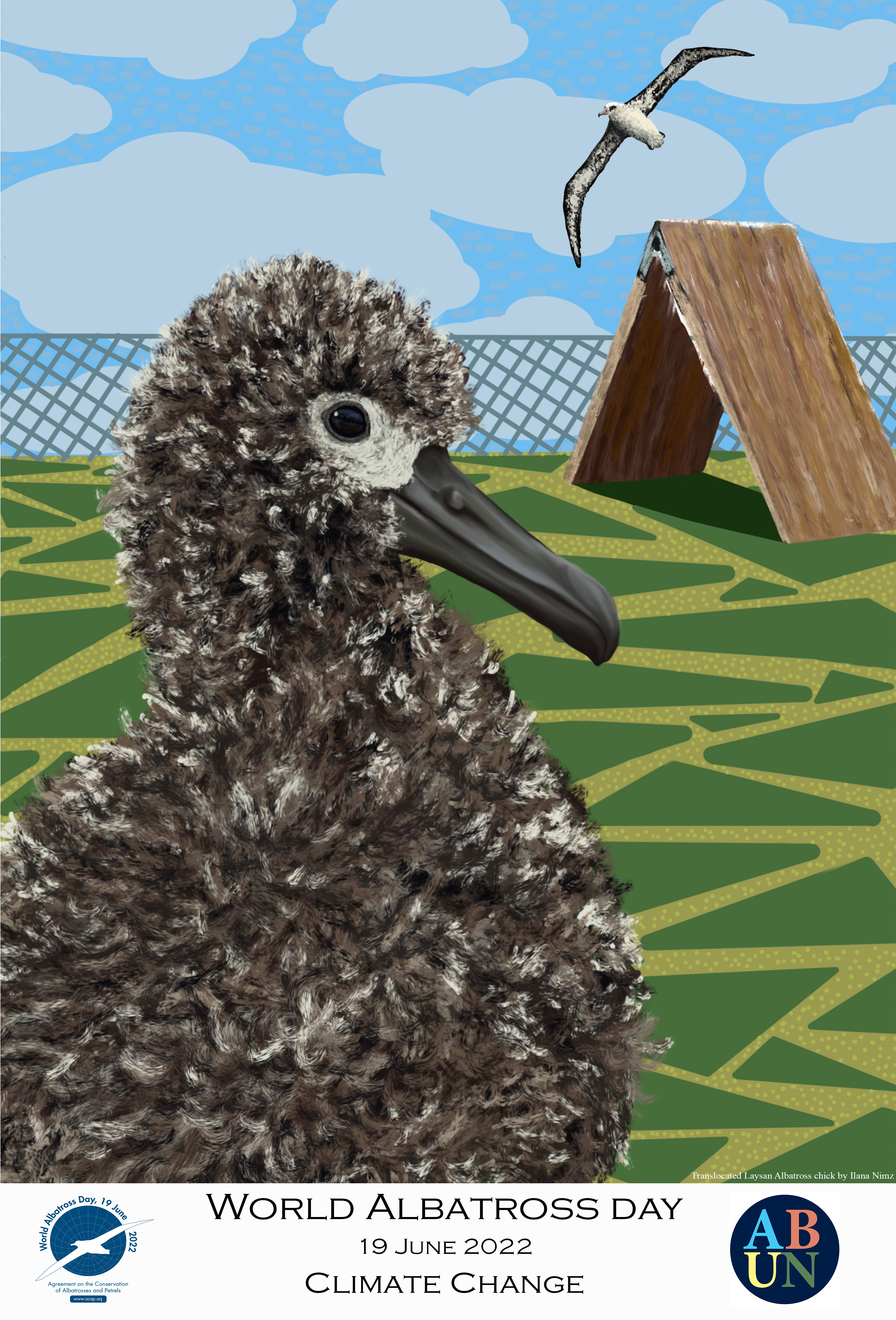 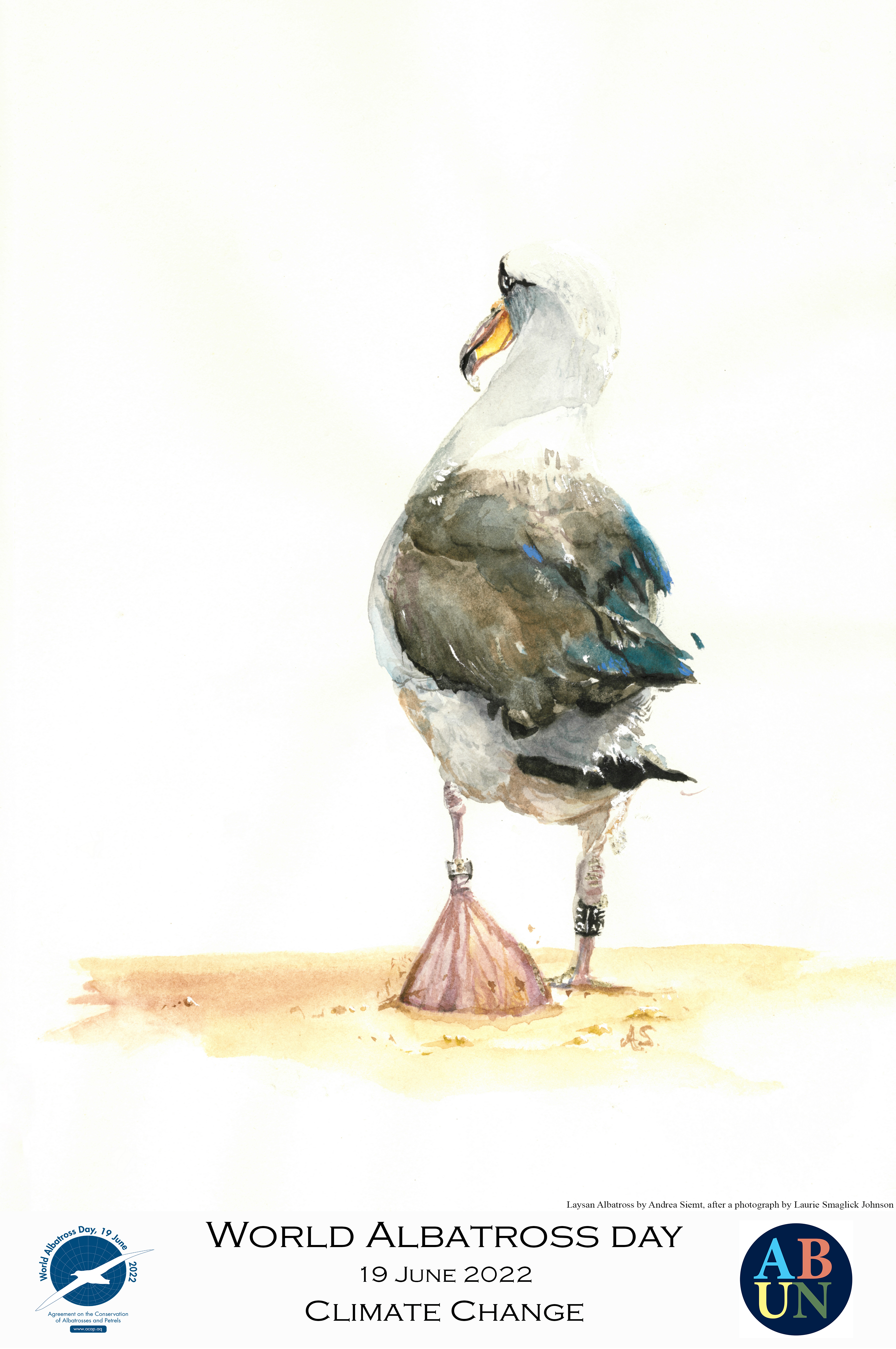 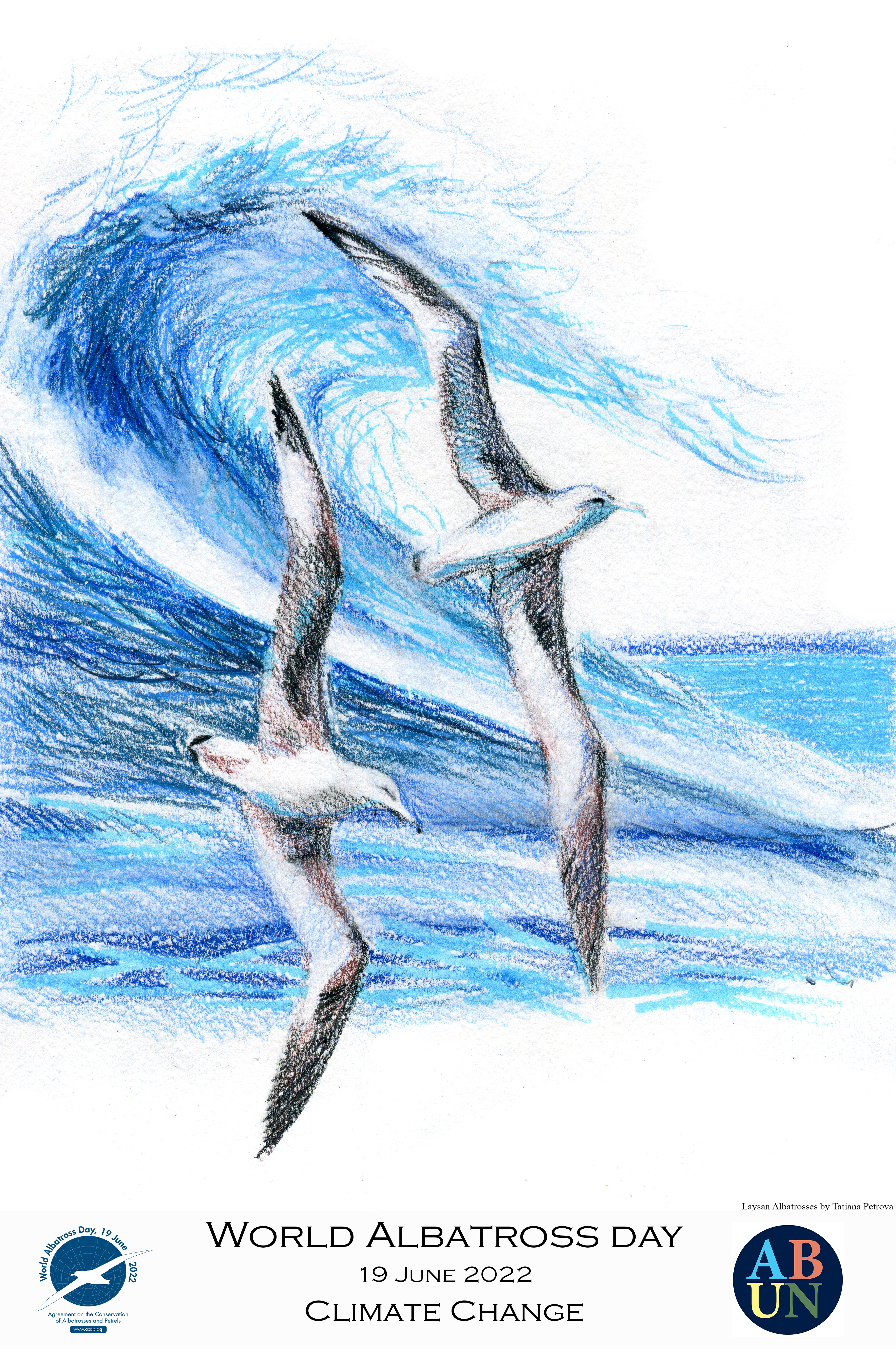 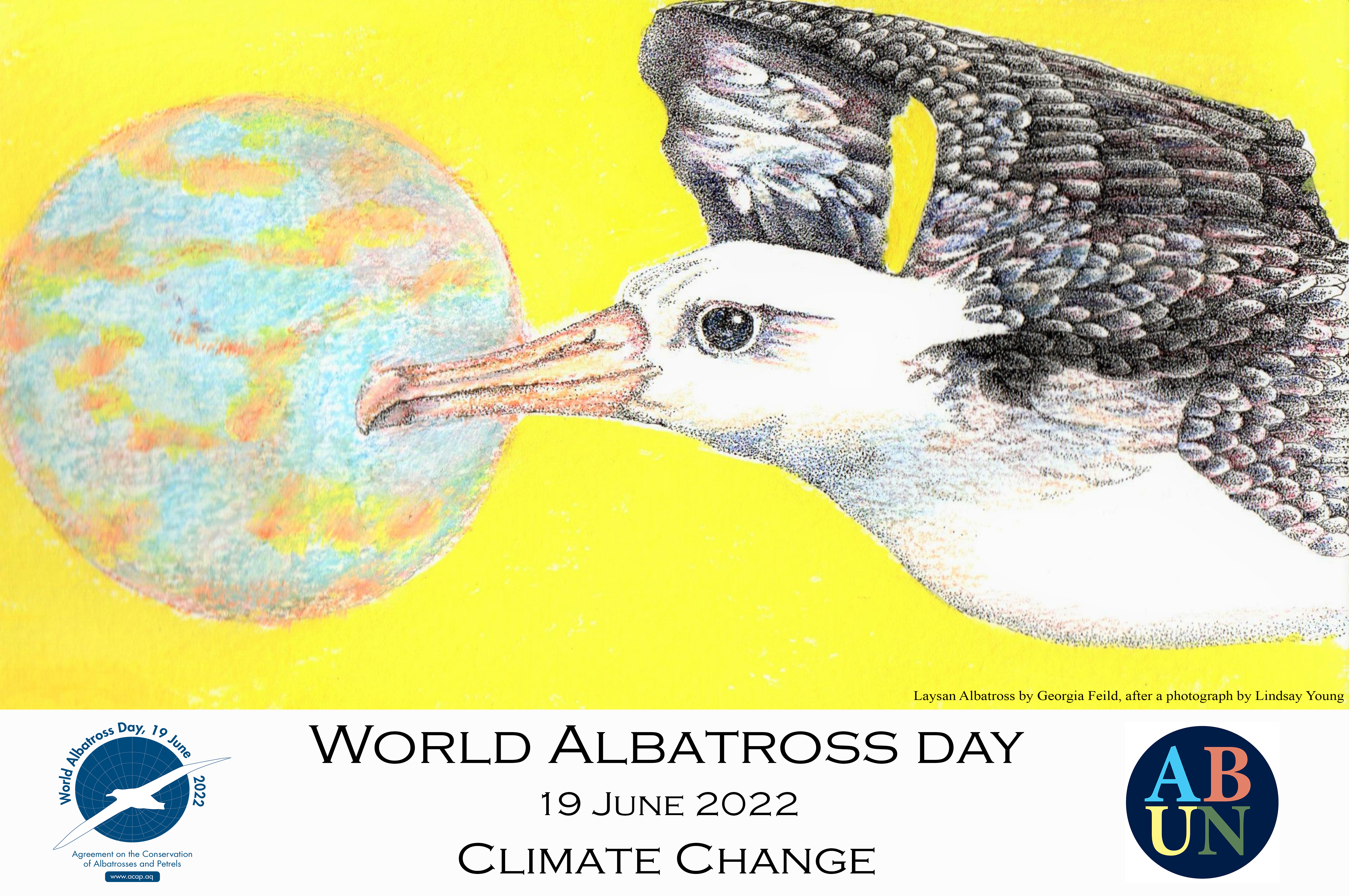