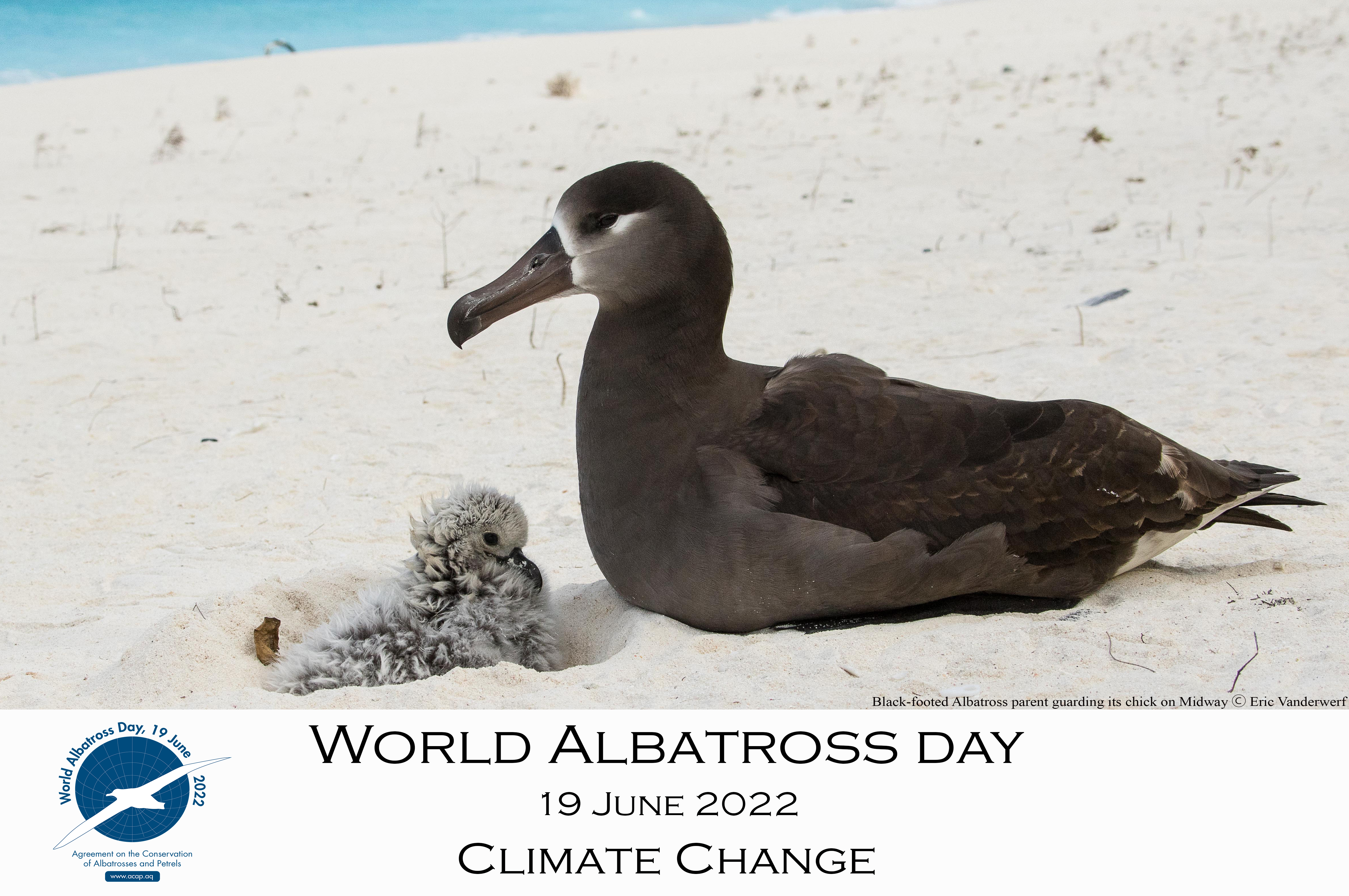 ACAP’s WAD poster designer, Michelle Risi, now based on Aldabra Atoll for two years after an extended stay on Gough Island, has with the help of five excellent photographers produced a poster series for the two birds.  The 12 posters are being made freely available below for printing during the build up to World Albatross Day on 19 June.  French and Spanish versions are to follow.  ACAP requests it be acknowledged in their use for conservation purposes.  They should not be used for financial gain. 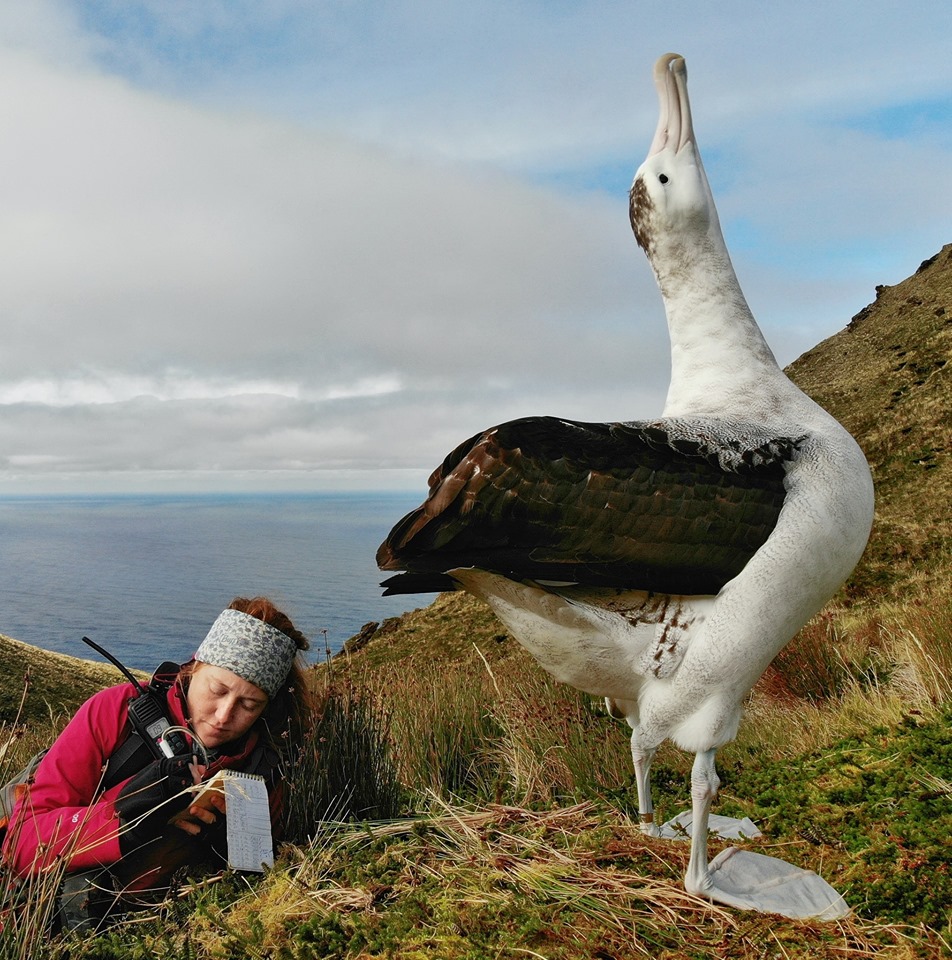 With thanks to photographers Laurie Smaglick Johnson, J.A. Soriano, Eric Vanderwerf, Lindsay Young and Kirk Zufelt, and especially to Michelle Risi, for their support of albatross conservation.

View the eight artwork posters produced by Michelle Risi for WAD2022 [to come]. 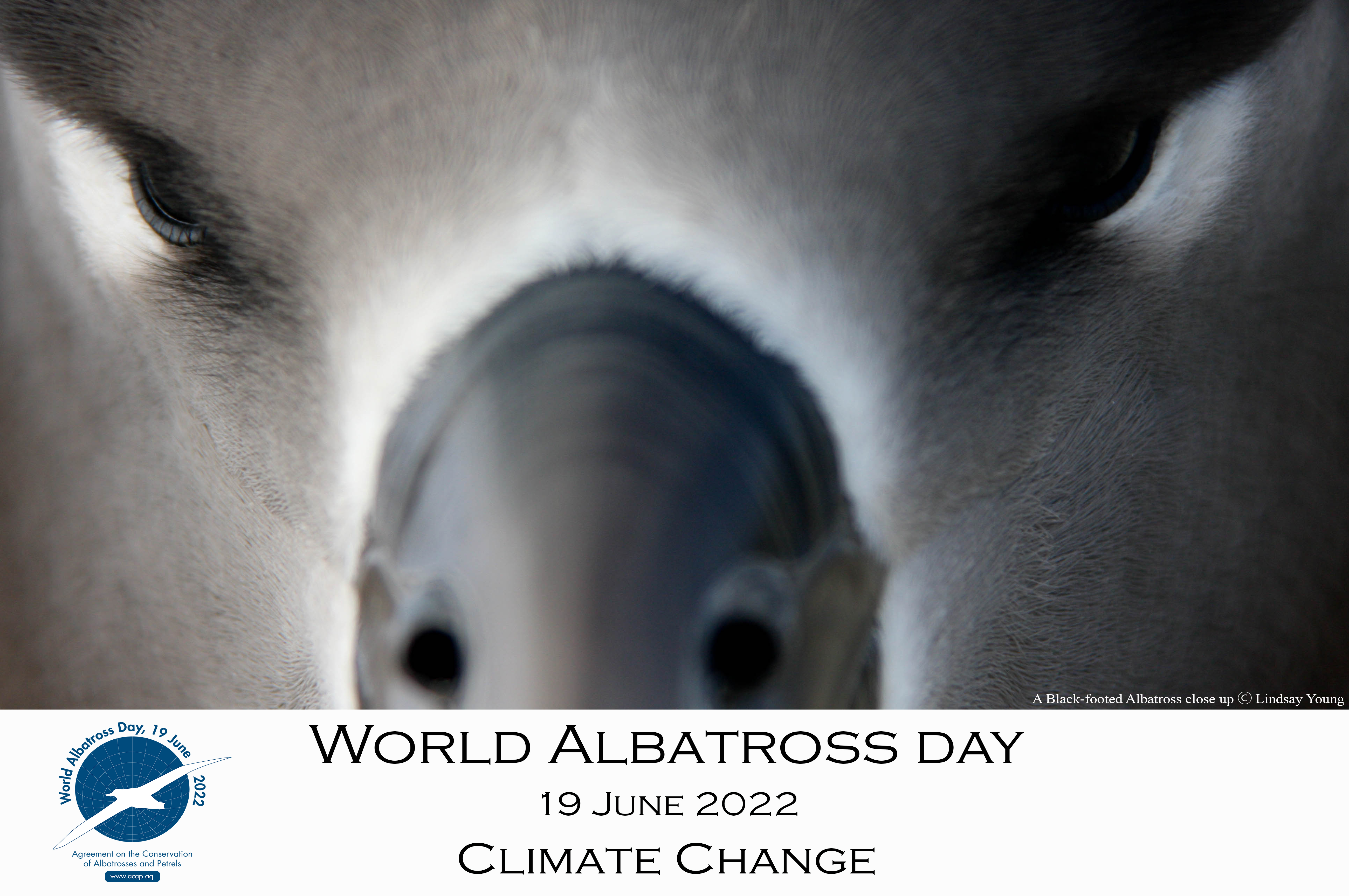 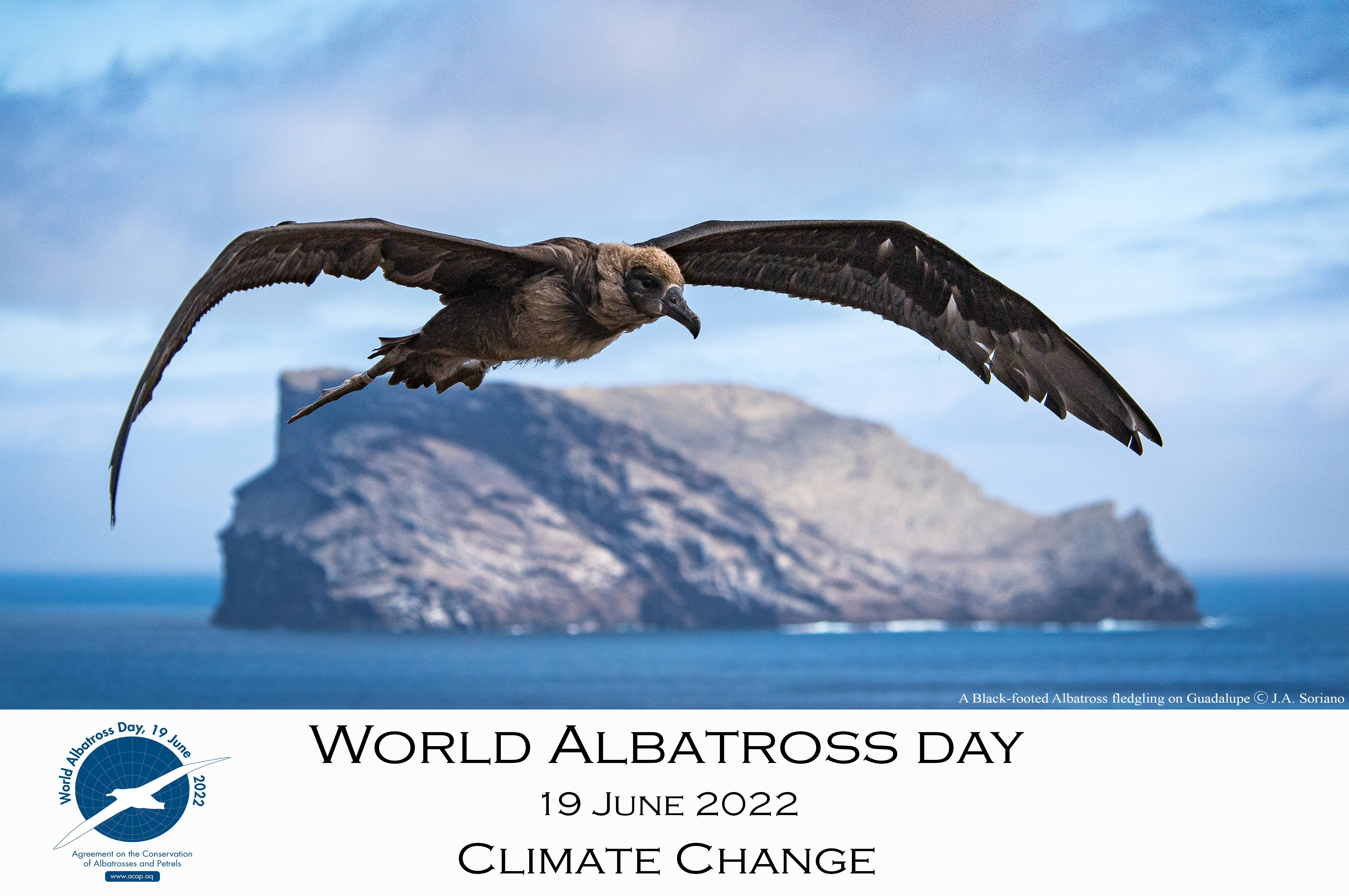 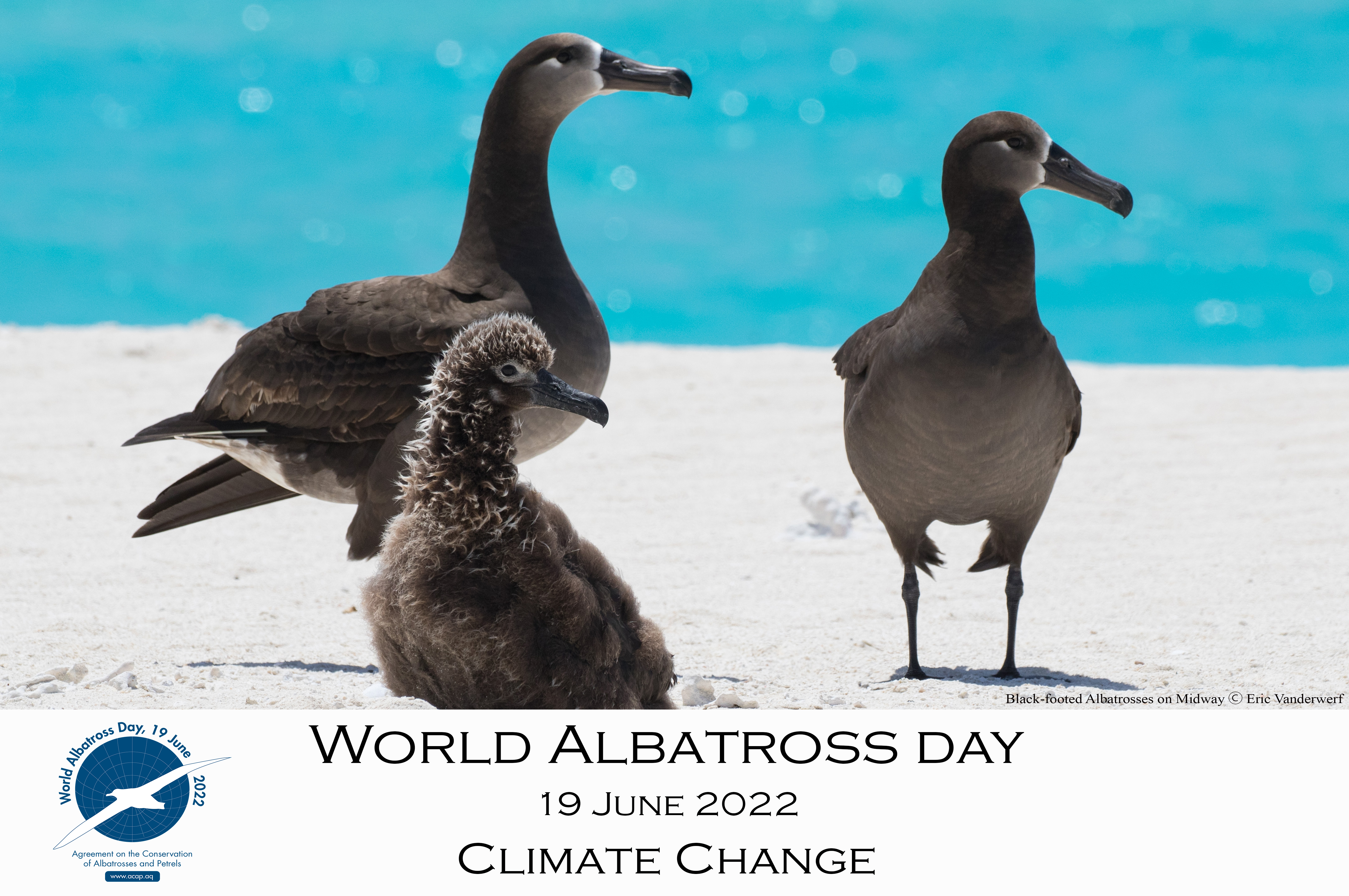 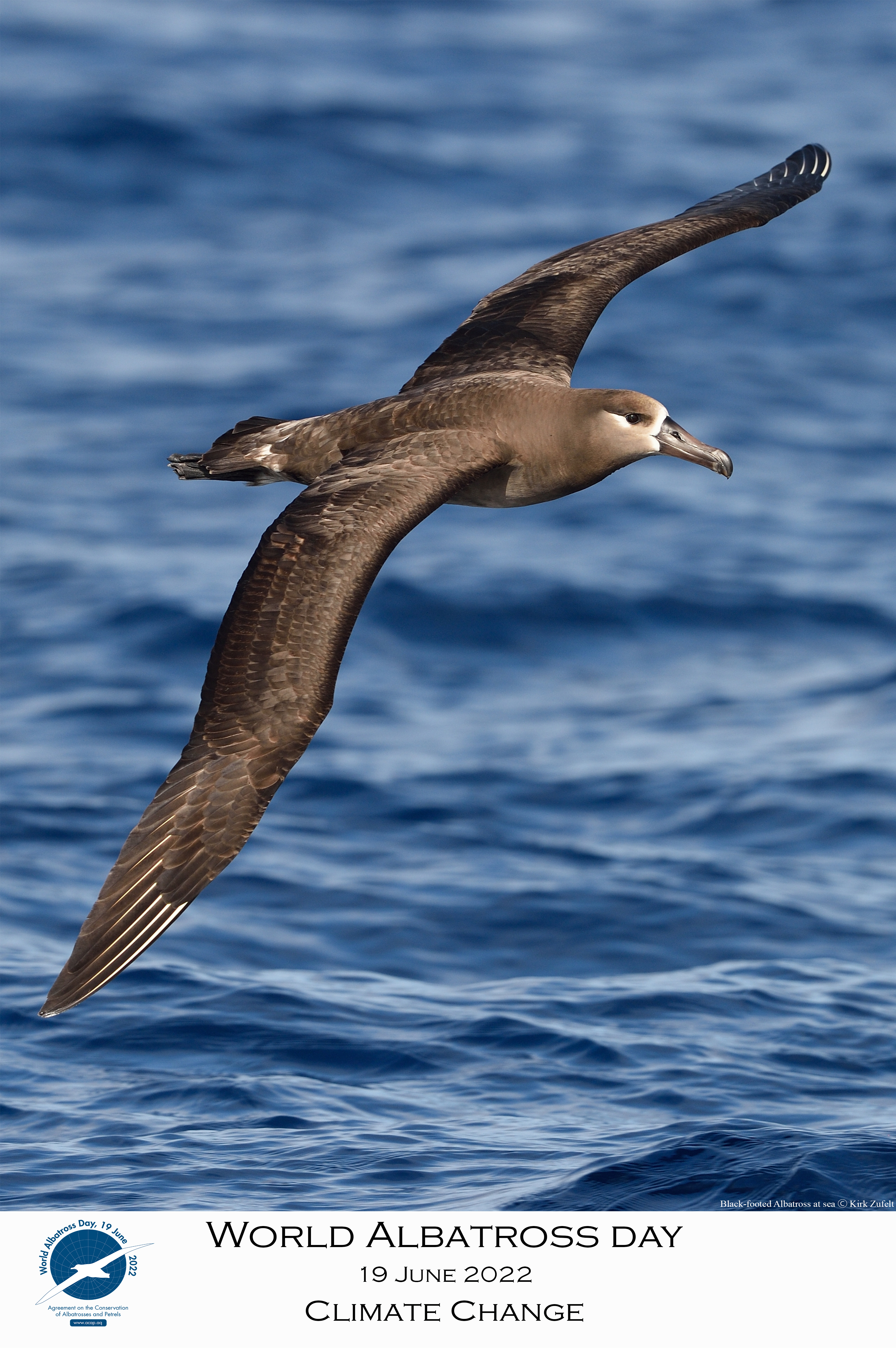 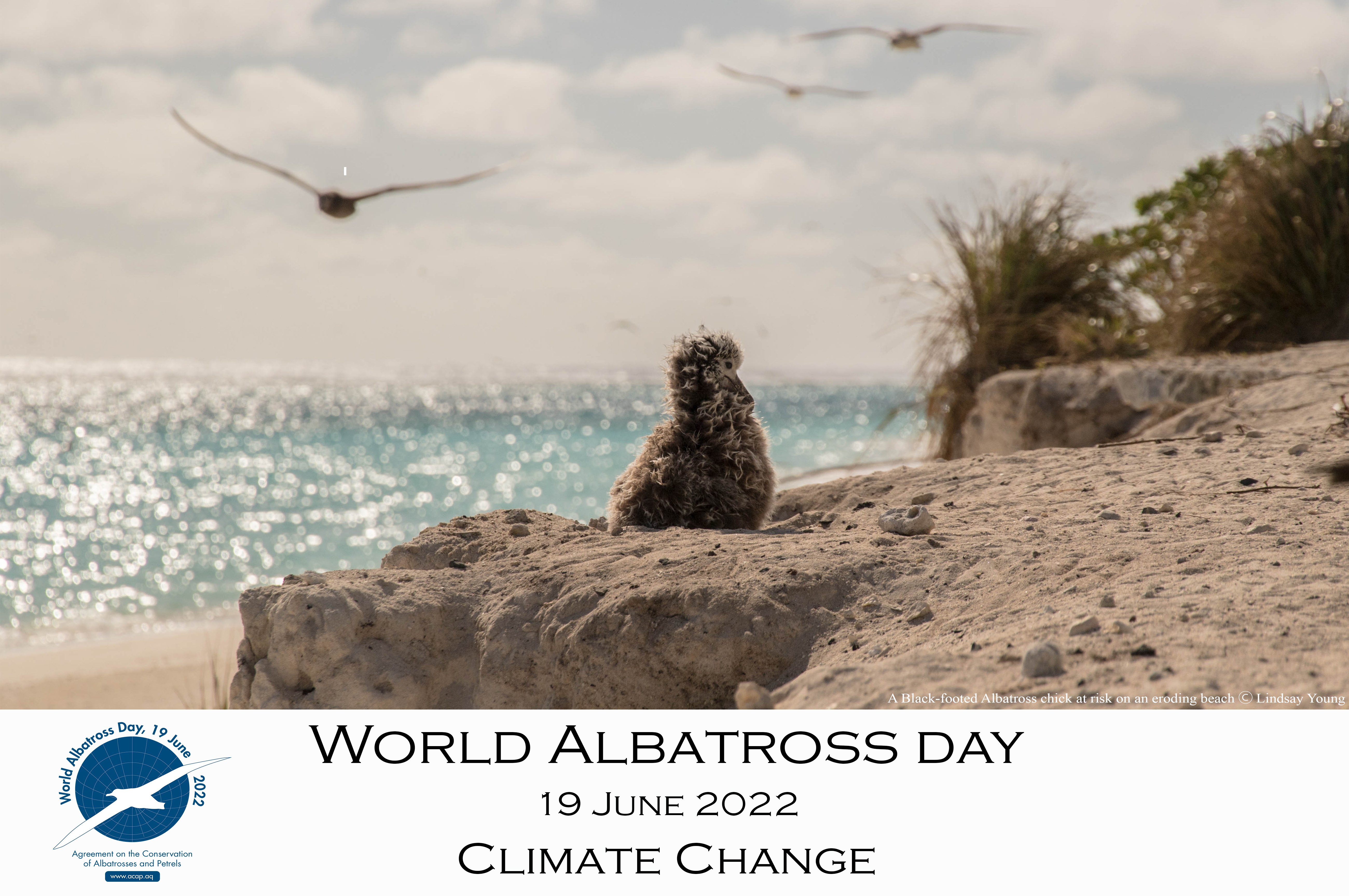 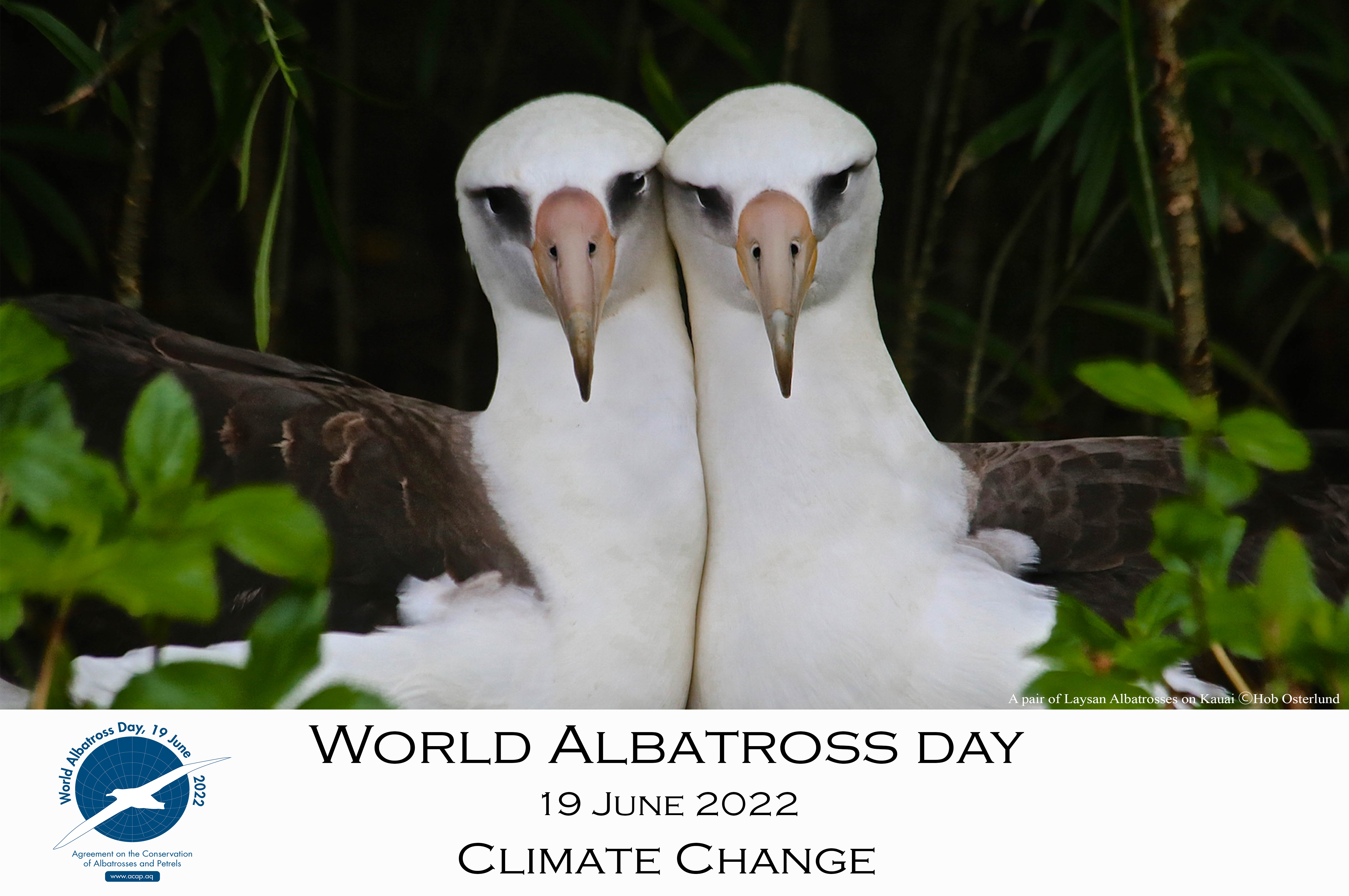 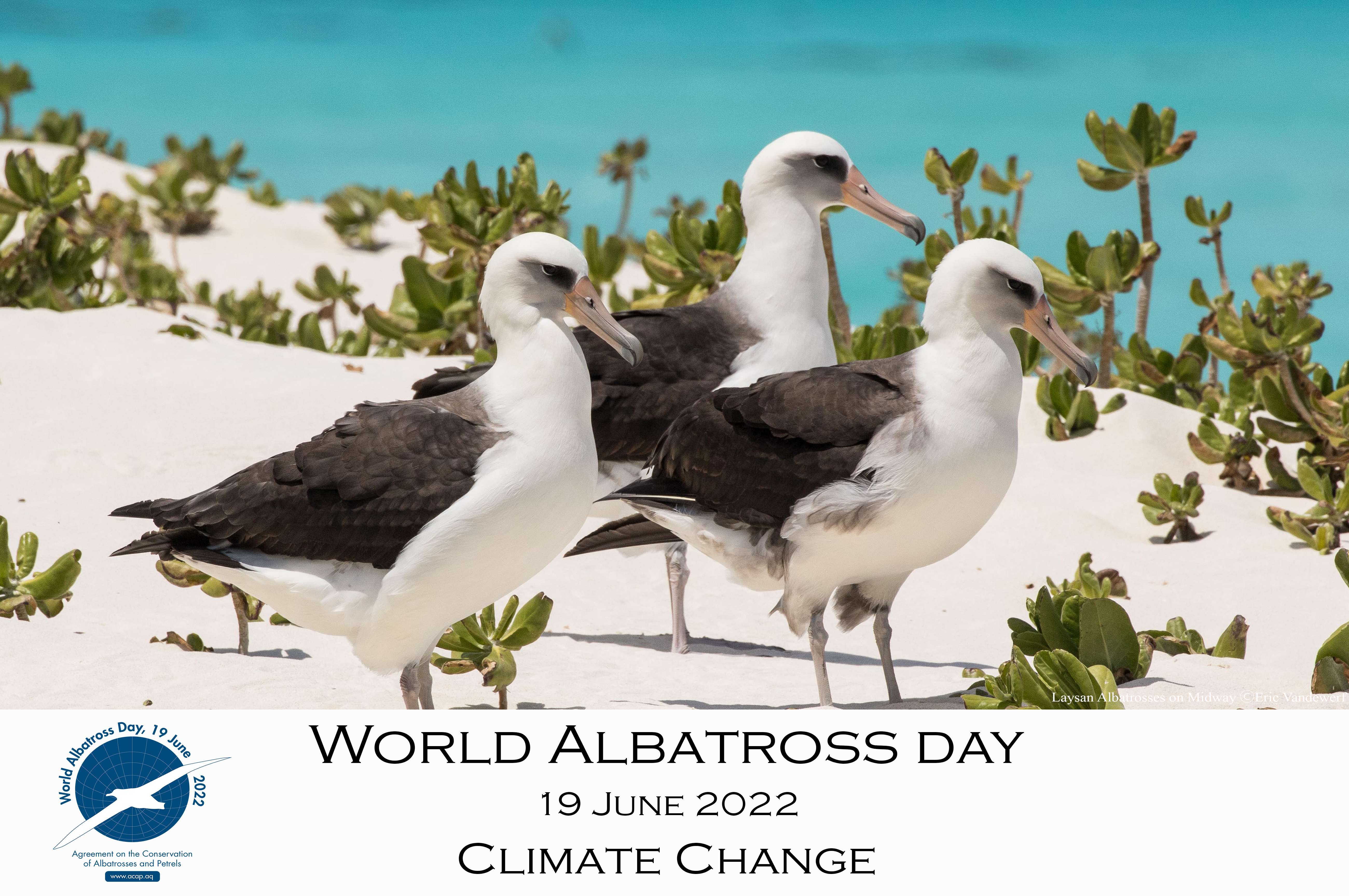 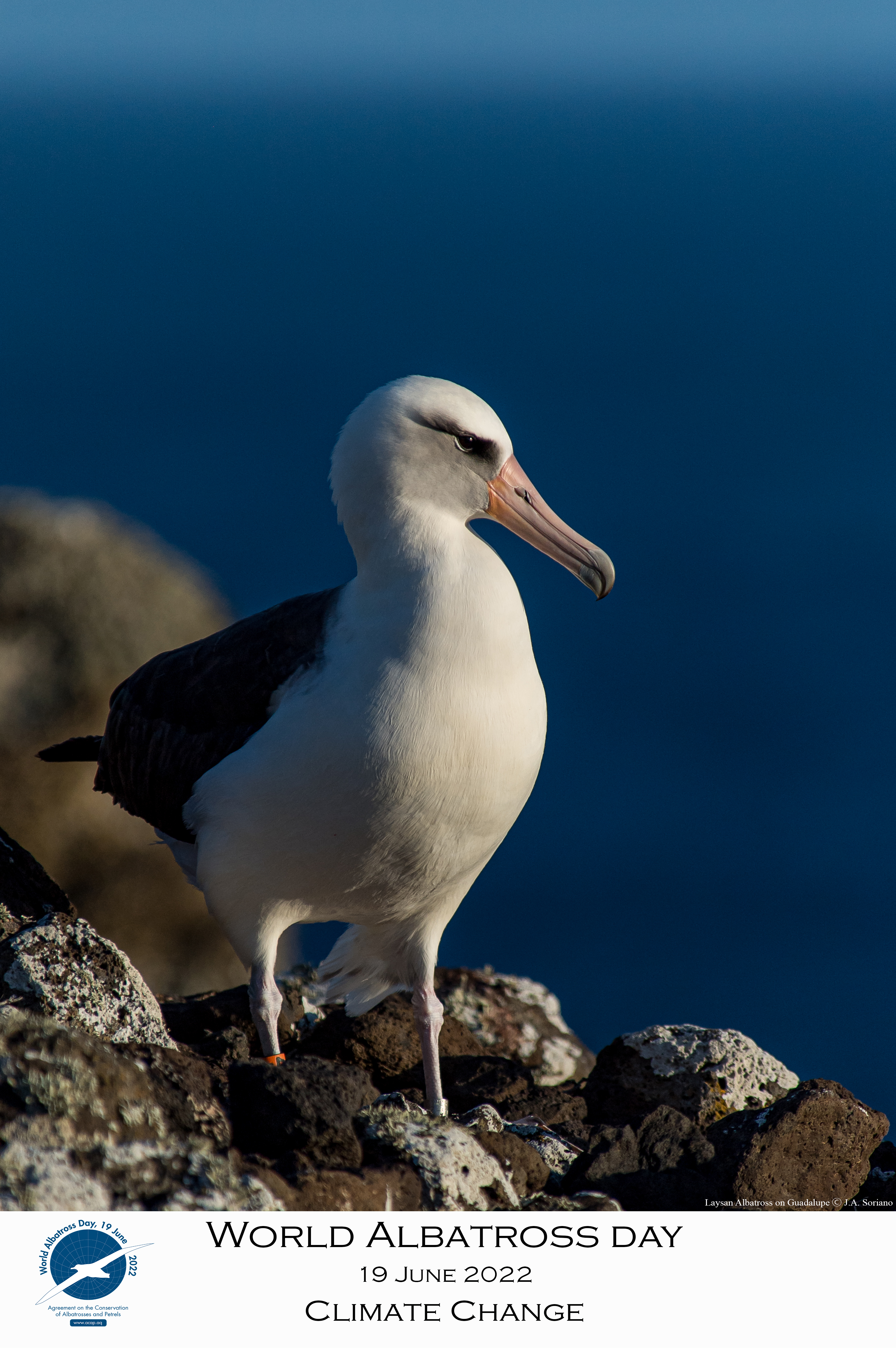 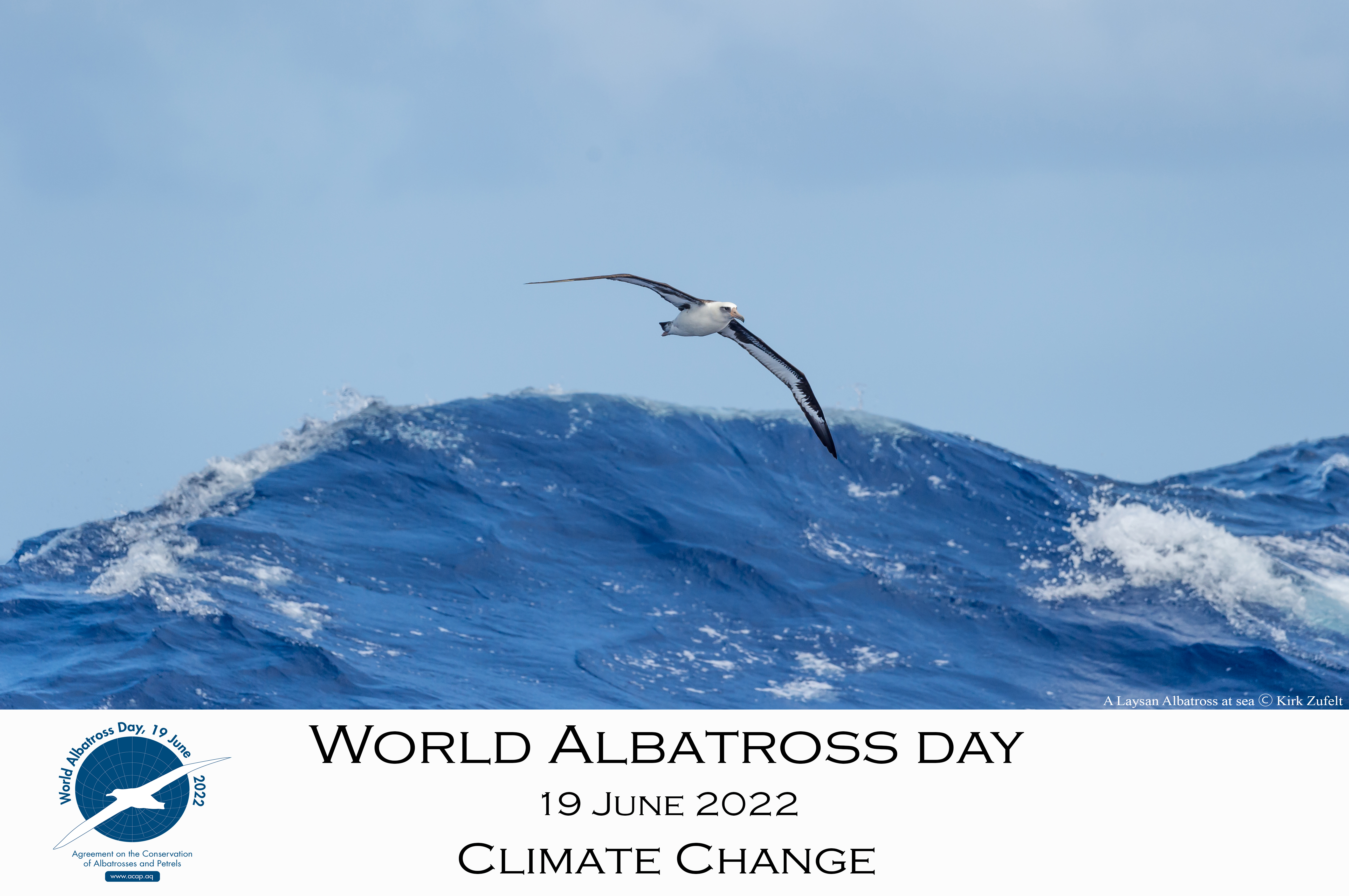 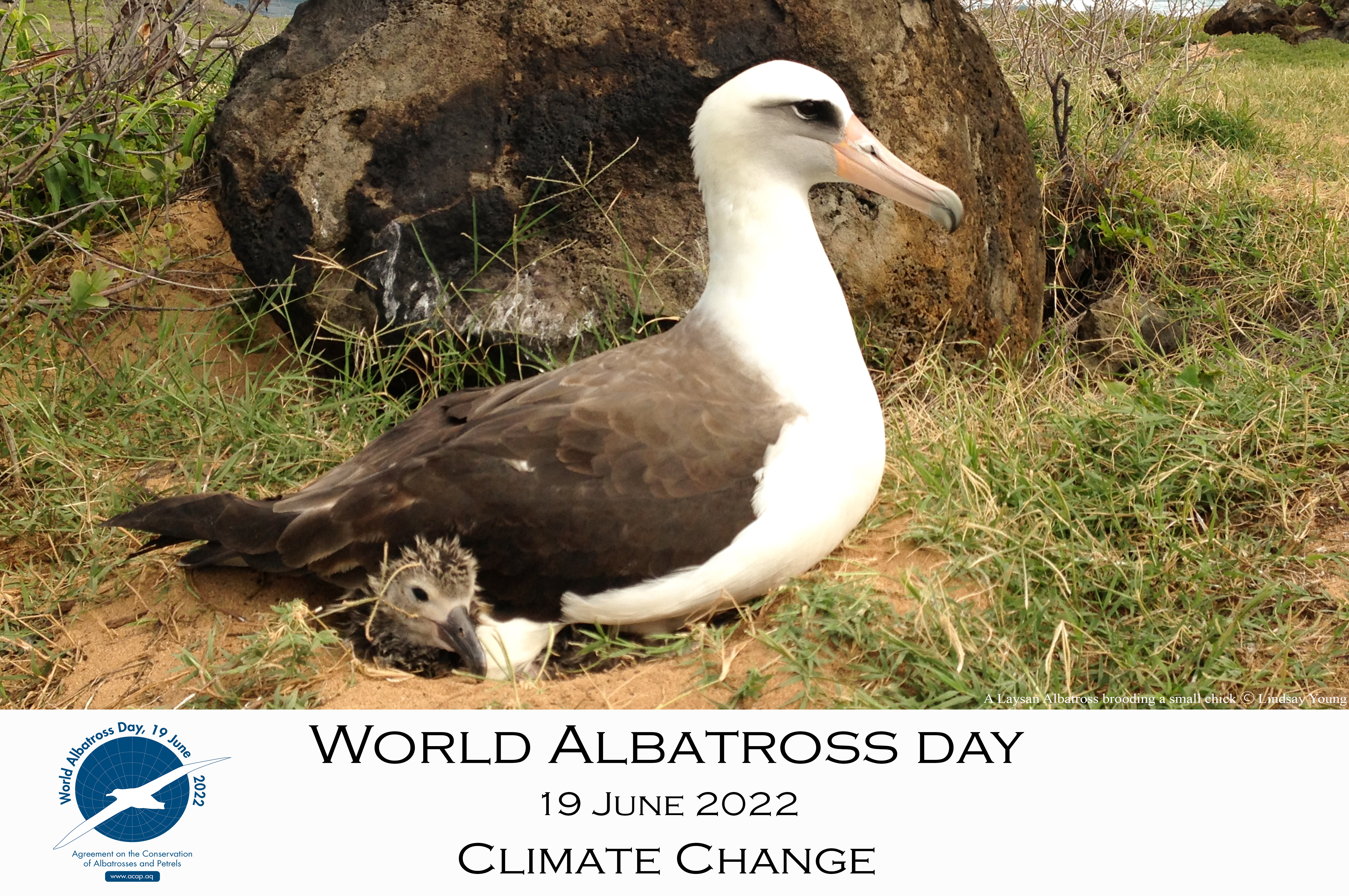 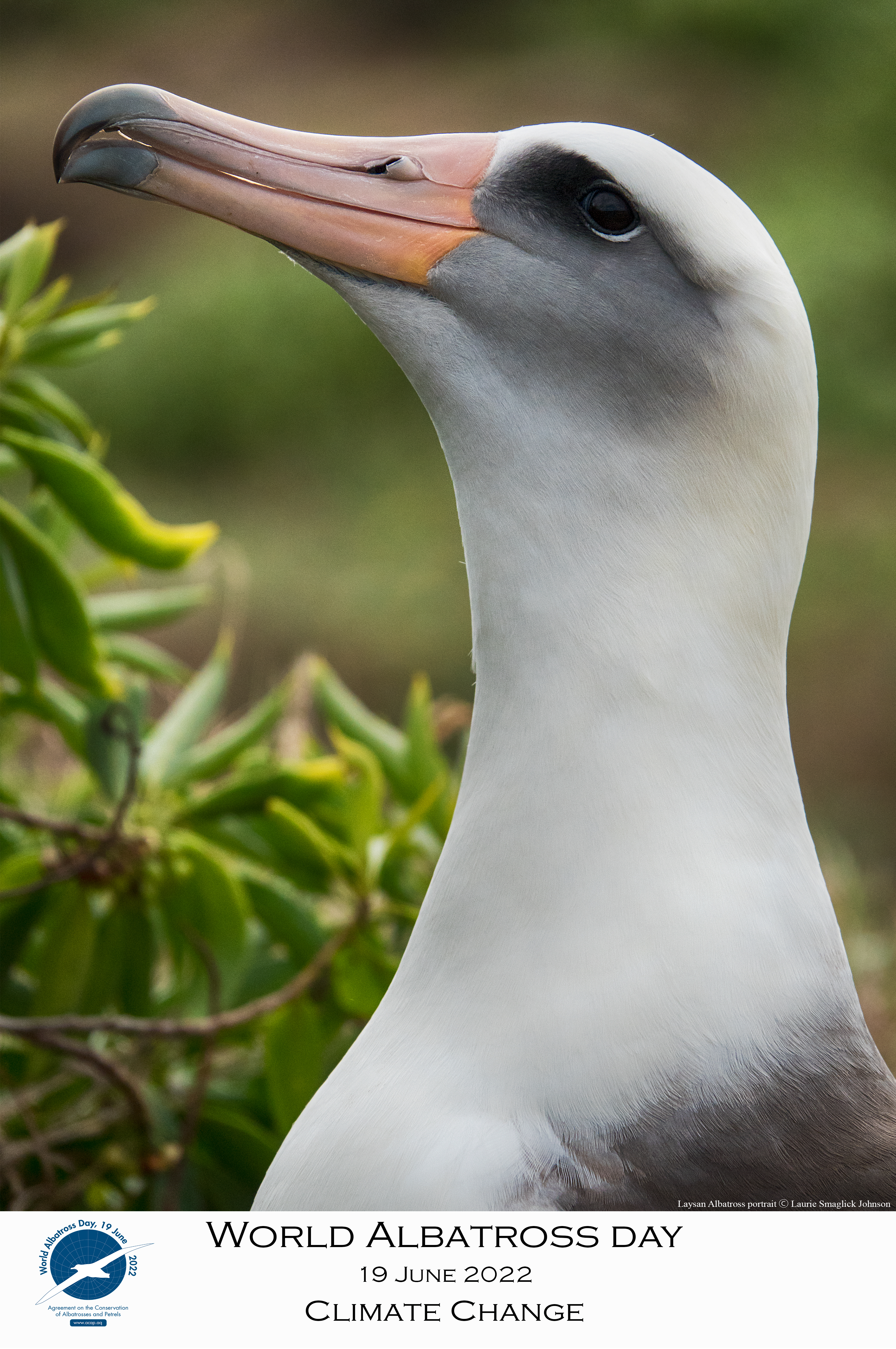 French and Spanish Posters to come