Captured on film: a Cape Fur Seal preys upon on a Southern Giant Petrel in Namibia

Simon Elwen (Mammal Research Unit, University of Pretoria, South Africa.) and colleagues writing in the electronic journal Ornithological Observations report on a juvenile Southern Giant Petrel Macronectes giganteus (that was unable to fly due to an entanglement injury) being killed and partially eaten by an adult male Cape Fur Seal Arctocephalus pusillus in Namibian waters.

Graphic pictures of before, during and after the attack! 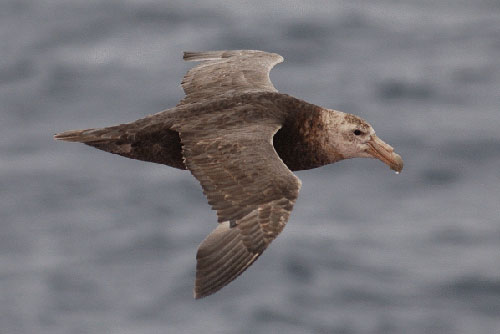 With thanks to Arnold van der Westhuizen for information.