The Fifth Session (MoP5) of the Meeting of the Parties of the Agreement on the Conservation of Albatrosses and Petrels (ACAP) - the decision-making body of the Agreement – came to an end yesterday in Santa Cruz de Tenerife, Tenerife, Canary Islands, Spain.

The day was spent discussing and adopting the meeting’s report prepared by the Secretariat.  Notably, MoP5 will be the last meeting of the Agreement conducted under the guidance of its current Executive Secretary, Warren Papworth, who retires at the end of the year.  The meeting warmly thanked him with a standing ovation for his service over the last decade, wishing him all the best for his well-earned retirement.  In reply, he thanked all his colleagues within the ACAP community for their help and friendship.  The Spanish hosts were also thanked for arranging a productive and enjoyable Session. 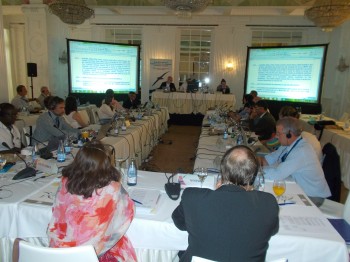 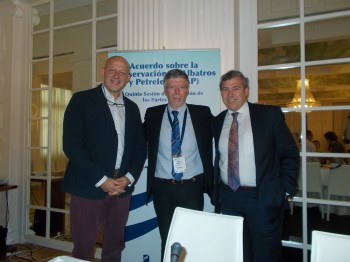 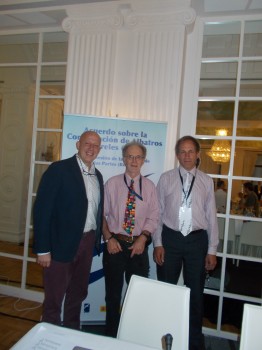 ACAP's Advisory Committee has had only three Chief Officers: 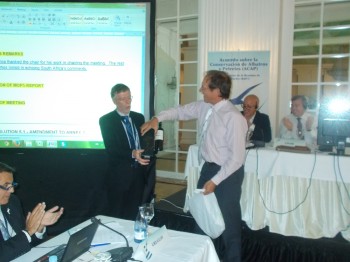 All the MoP5 attendees signal for the camera, photograph by Mark Tasker