The New Zealand Bird Rescue Charitable Trust has commenced to release the six juvenile Northern Giant Petrels Macronectes halli that is has taken into care over the last several weeks. 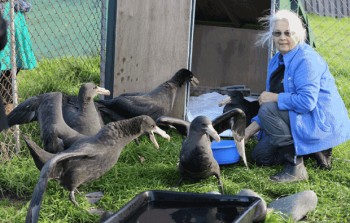 Three birds were released at the end of last month at Muriwai in the Auckland region of New Zealand’s North Island from where they flew out to sea.

Read more in the New Zealand Herald and in an earlier report in ACAP Latest News.