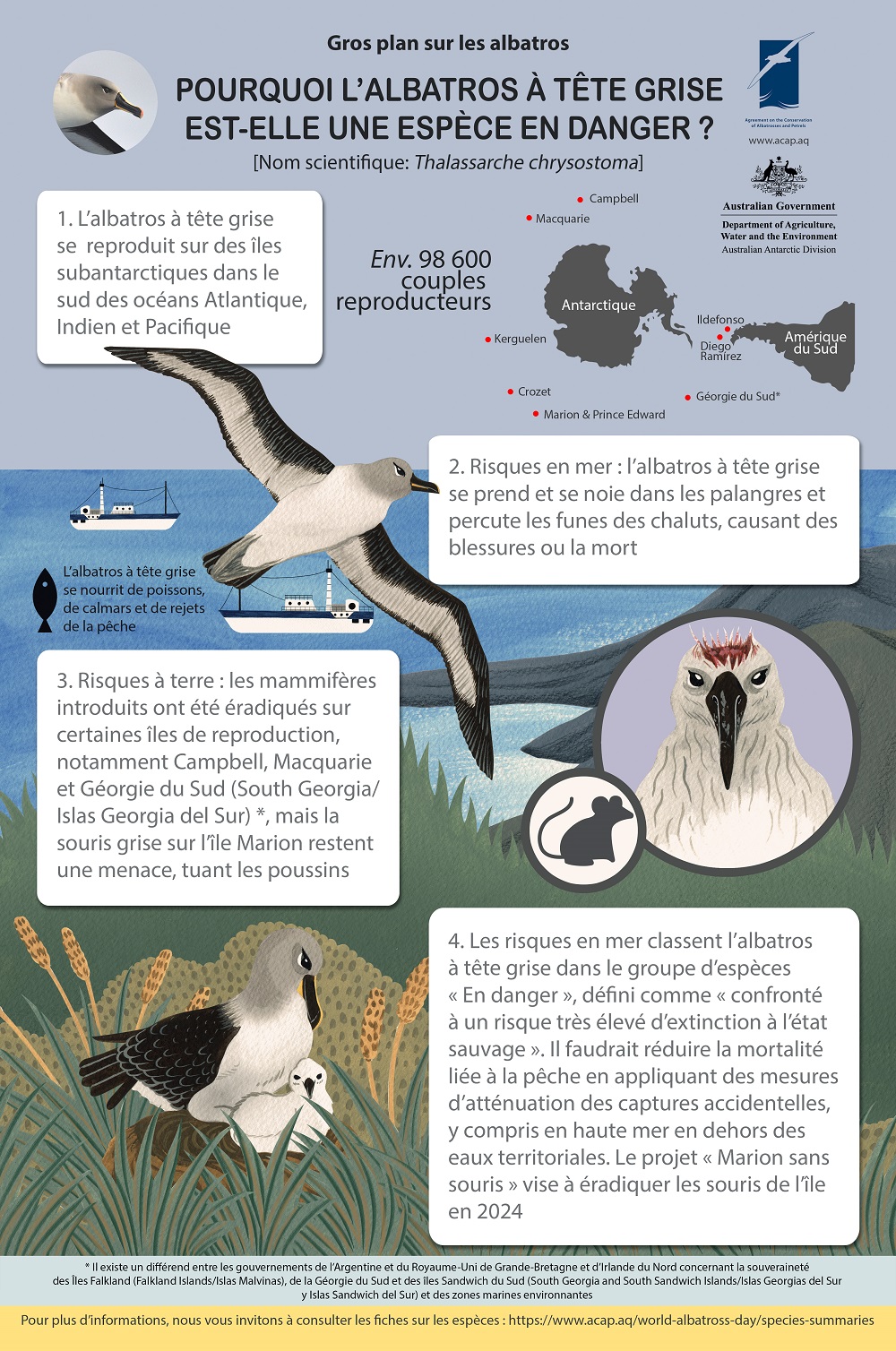 The Albatross and Petrel Agreement is continuing with its intention of producing ACAP Infographics for all 22 listed species in the three official languages of English, French and Spanish.  To date, infographics have been produced in all three languages for six species of albatrosses.  The release today of French and Spanish infographics for the Grey-headed Thalassarche chrysostoma and Shy T. cauta Albatrosses brings the total now fully covered to eight.  The infographics are freely available from this website to download and print as posters in two sizes (approximately A2 and A3). 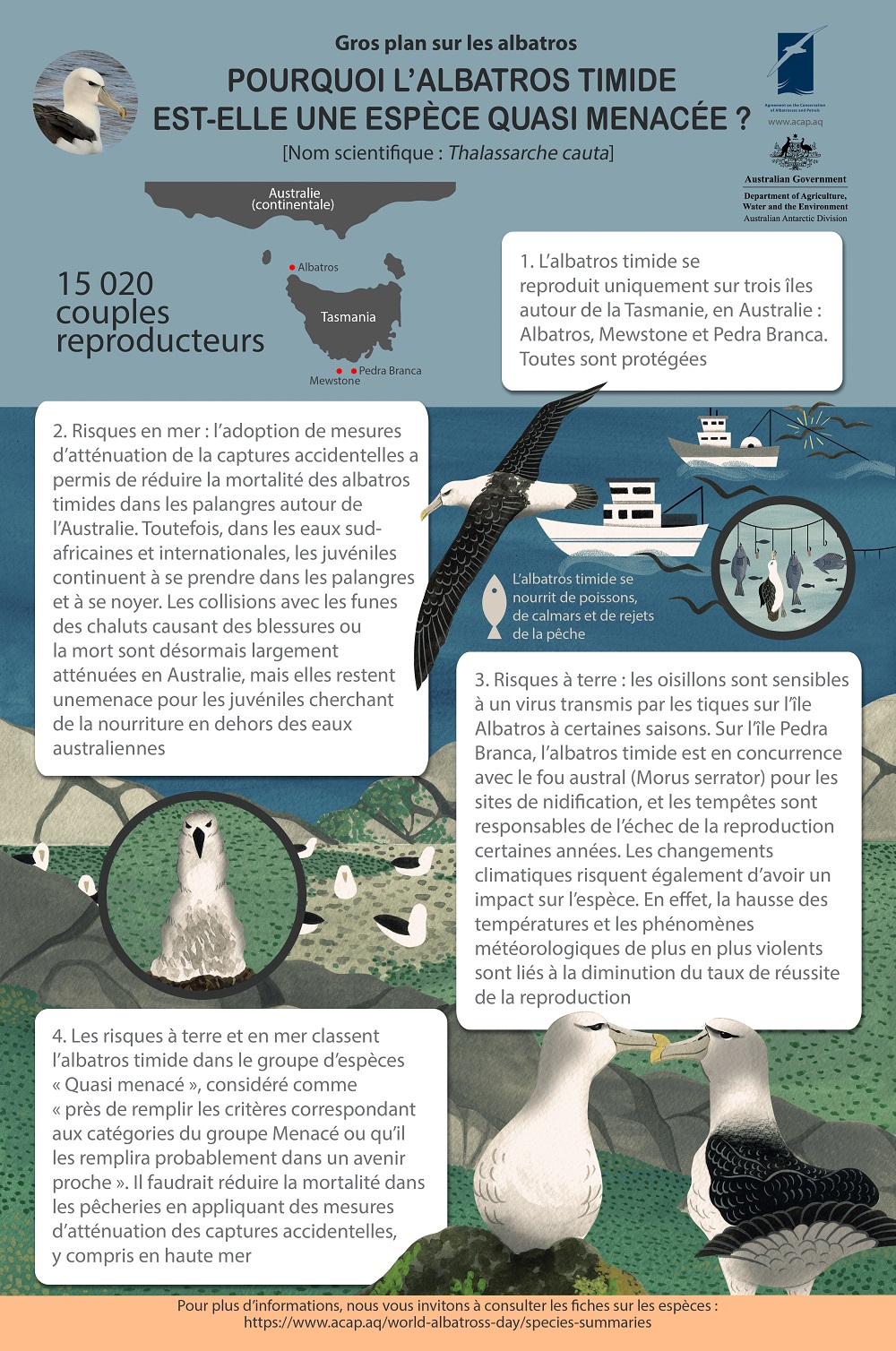 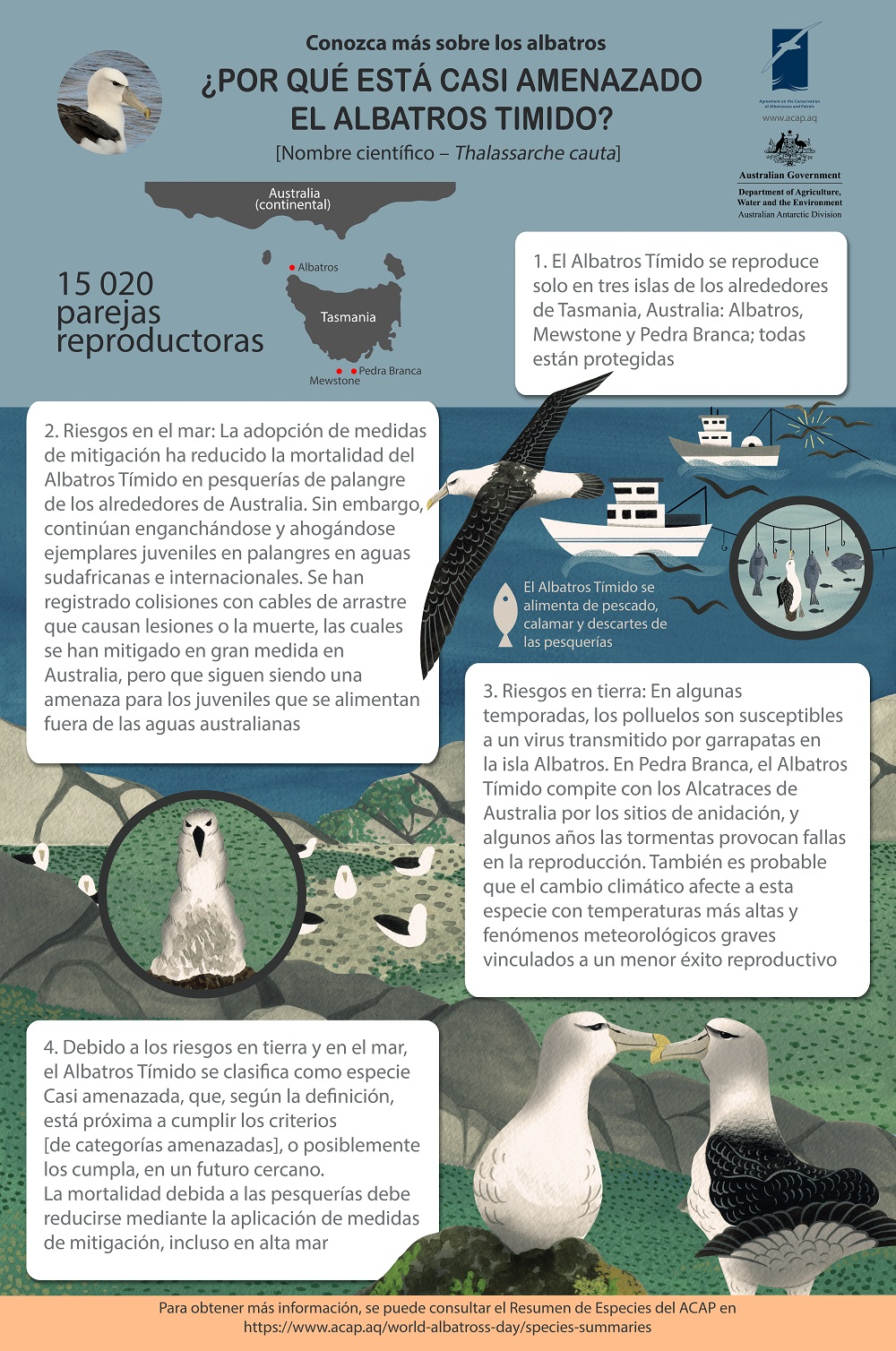 It is planned to produce more infographics over the next 12 months or so, including for the first ACAP-listed petrels.  Two of these, for the Black-browed T. melanophris and the Northern Royal Diomedea sanfordi Albatrosses, will be released in time for World Albatross Day next year on 19 June with its theme of “Plastic Pollution”. 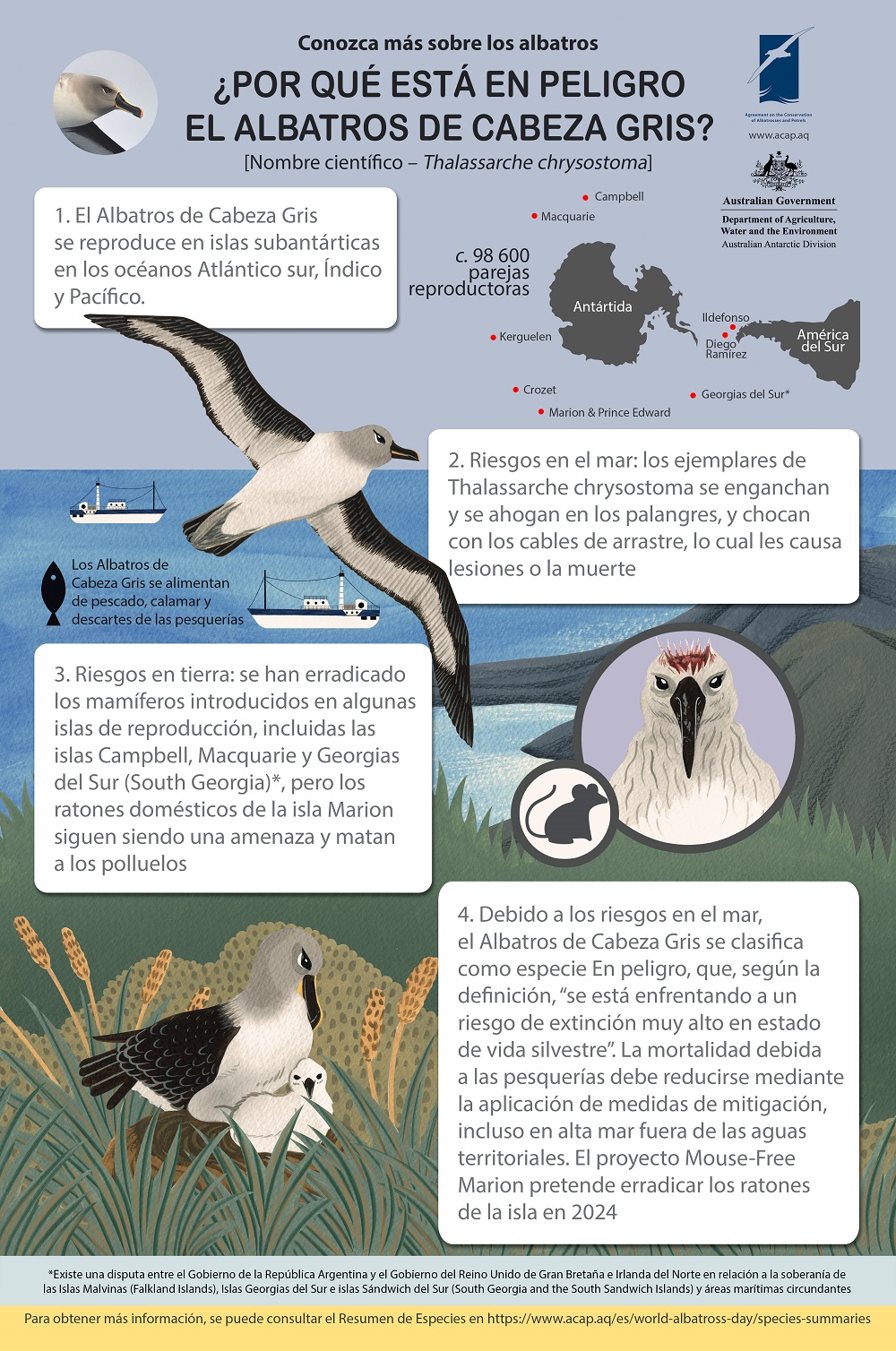 The ACAP Species Infographics are produced by Thailand-based illustrator, Namasri ‘Namo’ Niumim, with texts first reviewed by experts for each species.  Please note they are only being made available for personal use or when engaging in activities that will aid in drawing attention to the conservation crisis faced by the world’s albatrosses and petrels.  The infographics serve to complement the detailed and referenced ACAP Species Assessments, the more concise and illustrated ACAP Species Summaries and the ACAP Photo Essay series.

ACAP thanks Jonathon Barrington of the Australian Antarctic Program for arranging funding of the infographics for the Grey-headed and Shy Albatrosses, and “Pep” Arcos and Karine Delord for their careful checking of the Spanish and French texts, respectively.