Increasing the confidence of eradicating the island’s albatross-killing mice: the caves and lava tunnels of Marion will be baited by hand 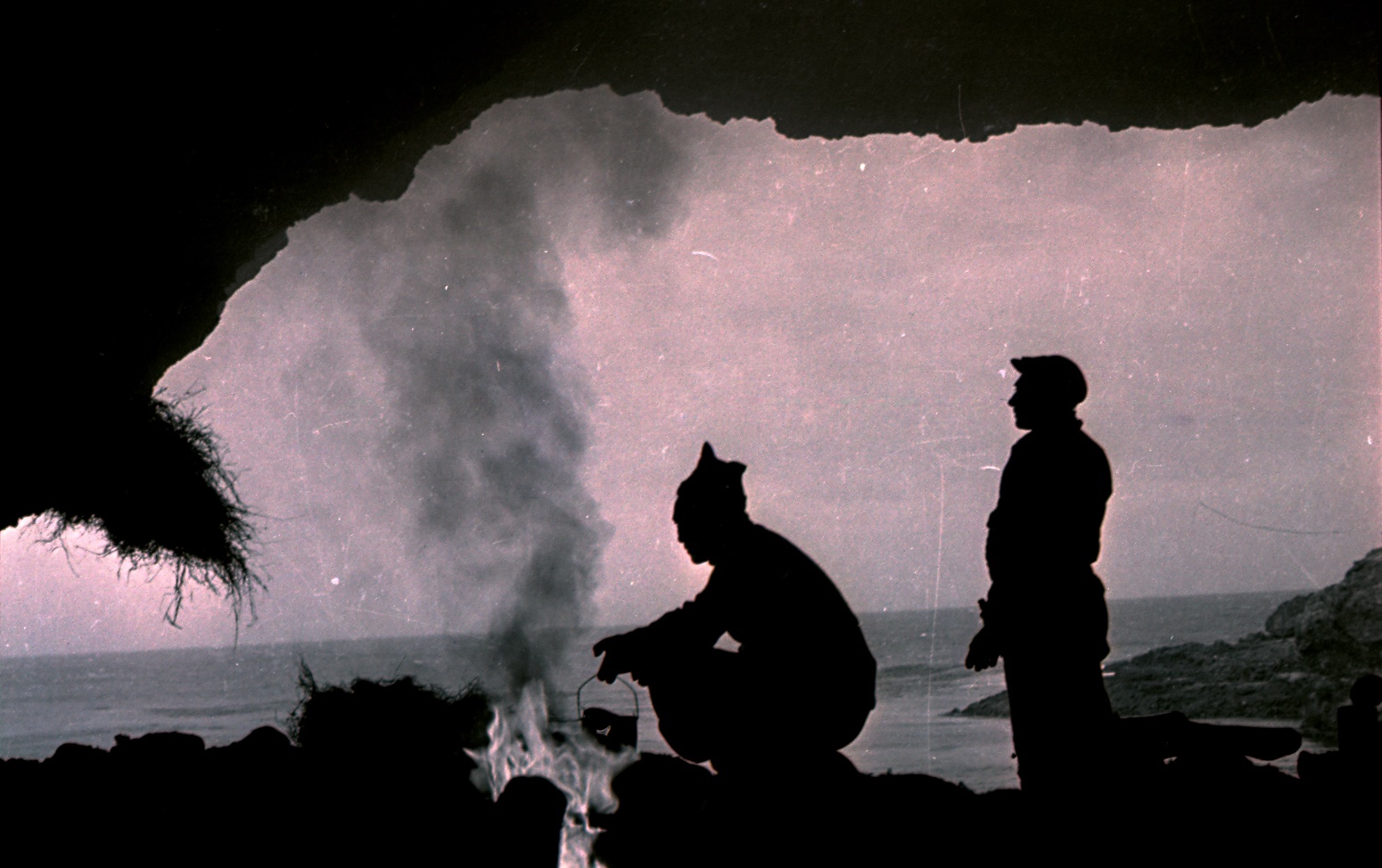 Sealer’s Cave in 1948; the site where House Mice were first reported on Marion Island in August 1818 by William Phelps (“Webfoot”); photograph by Allan Crawford

The Mouse-Free Marion Project aims to eradicate the introduced House Mice of South Africa’s Marion Island that have taken to killing albatrosses and petrels.  The project has been initiated by BirdLife South Africa and the South African Department of Forestry, Fisheries and the Environment.  Upon successful completion, the project will have restored the critical breeding habitat of over two million seabirds (which includes eight ACAP listed species), many globally threatened, and improve the island's resilience to a warming climate.

The project will use helicopters to spread rodenticide bait pellets along pre-determined flight lines across Marion Island.  The entire land surface will be baited to ensure that sufficient bait is sown in every single mouse territory.  For success to be achieved each individual House Mouse needs to encounter and consume a lethal dose of bait, which is less than one pellet. 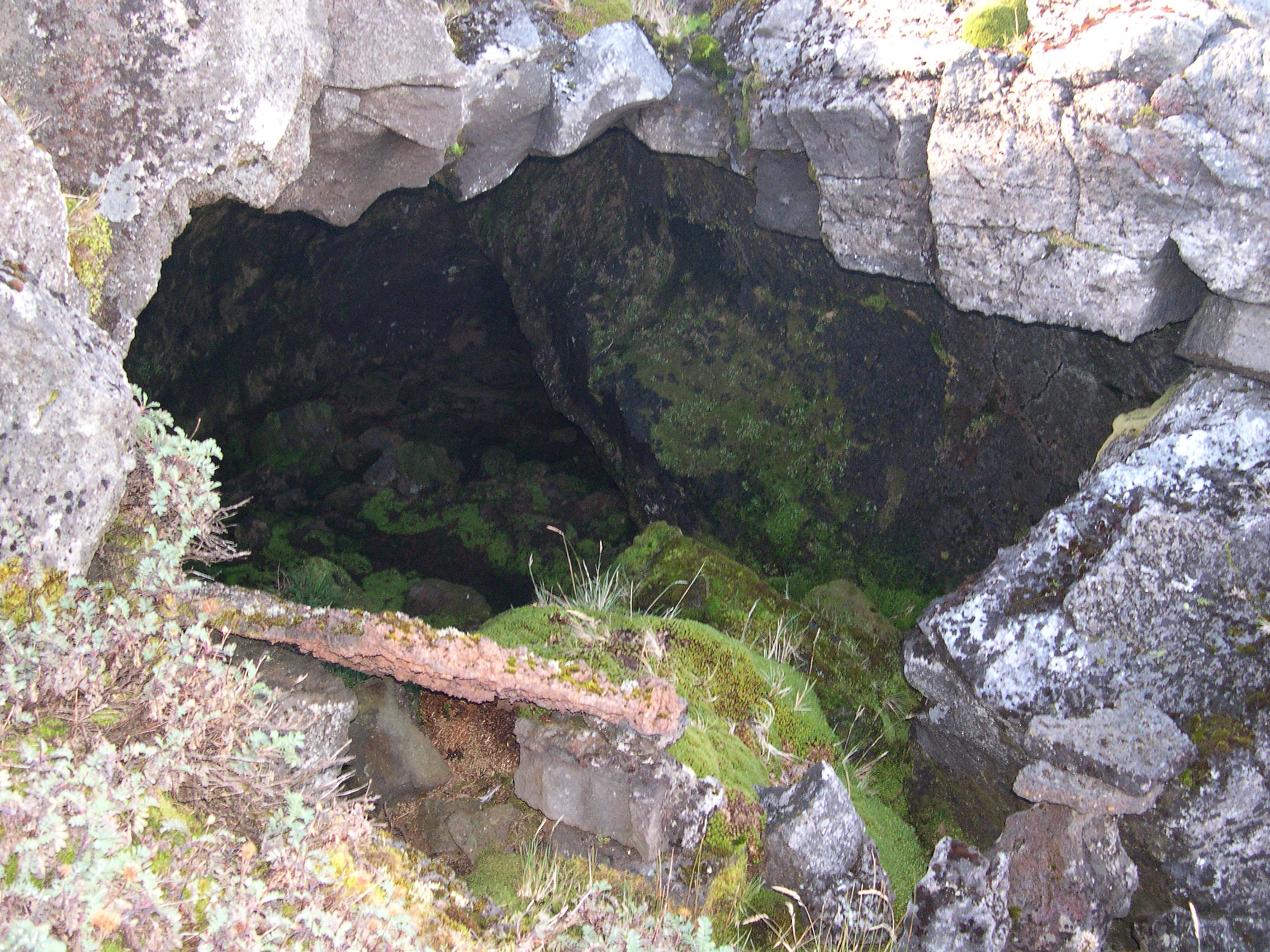 Entrance to a lava tunnel on the lower slopes of Fred’s Hill; photograph by Ian Meiklejohn

Caves and lava tunnels (or tubes) occur across Marion Island.  Mice certainly occur within these features, being recorded in caves as far back as 1818, the earliest year mice are known to be present on the island (click here).  Trials on Marion and Gough (using mark/recapture techniques) have found that cave-dwelling mice typically forage outside such features and consume bait whilst doing so.  However, this may not always be the case if mice are able to find sufficient food and moisture inside the larger caves or lava tunnels.  The mitigation strategy that will be adopted by the Project against the possibility that some mice may not forage outside is to identify such features and manually distribute bait inside them. 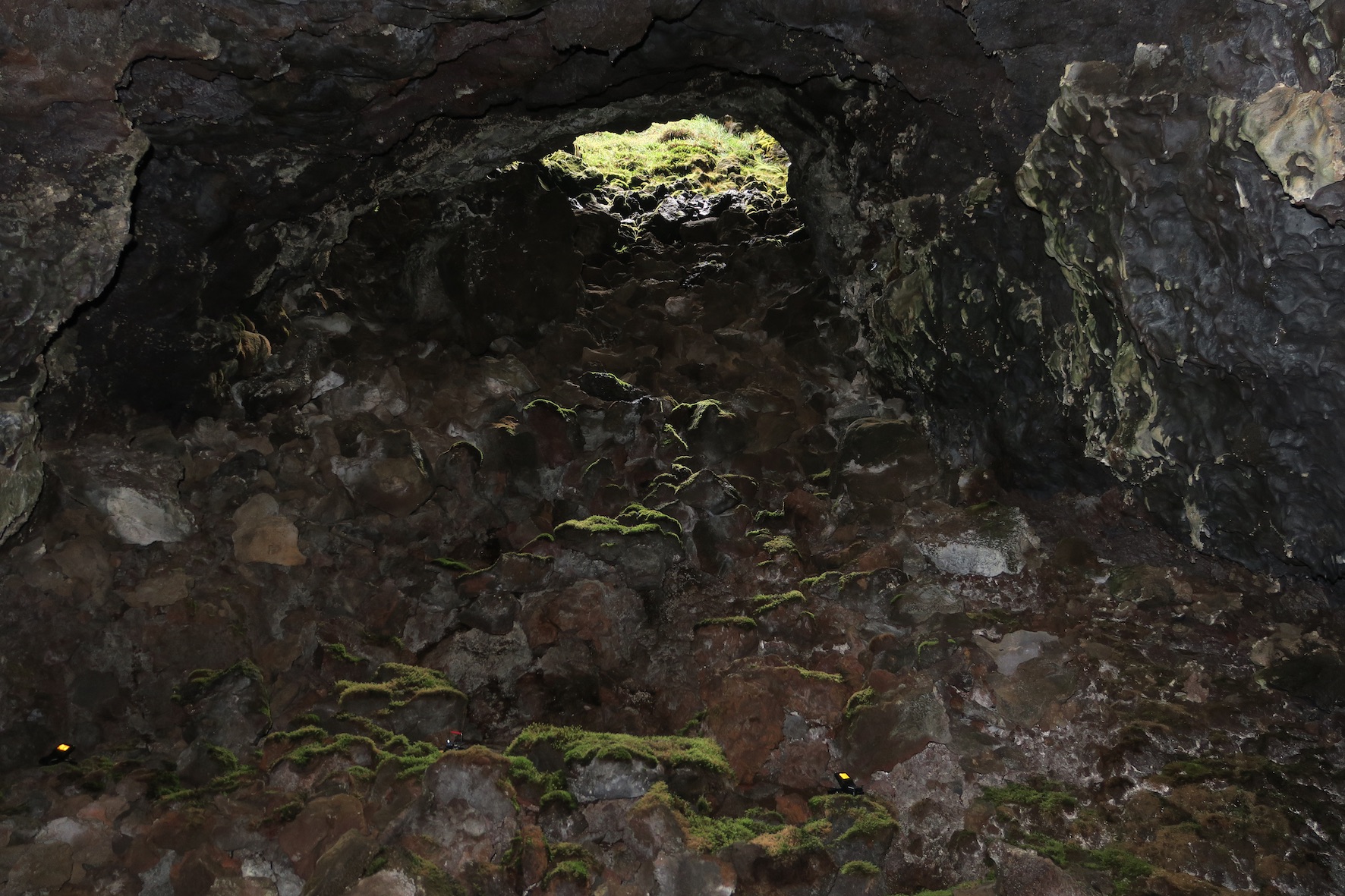 Inside Fred’s Cave looking towards the entrance.  Two mouse traps (marked with yellow reflective tape) are visible on the cave’s floor; photograph by Peter Ryan

Bait spread from helicopters will not penetrate deeply into these caves and lava tunnels, although some pellets will fall in or near their entrances.  To assist in the planning to treat these features by hand spreading bait, the project is compiling a register of known sites.  The above map lists the caves and lava tunnels that have already been identified by a number of individuals with knowledge and experience of Marion Island.  These will be ground-truthed by Elsa van Ginkel, the Mouse-Free Marion overwintering team member currently on the island. 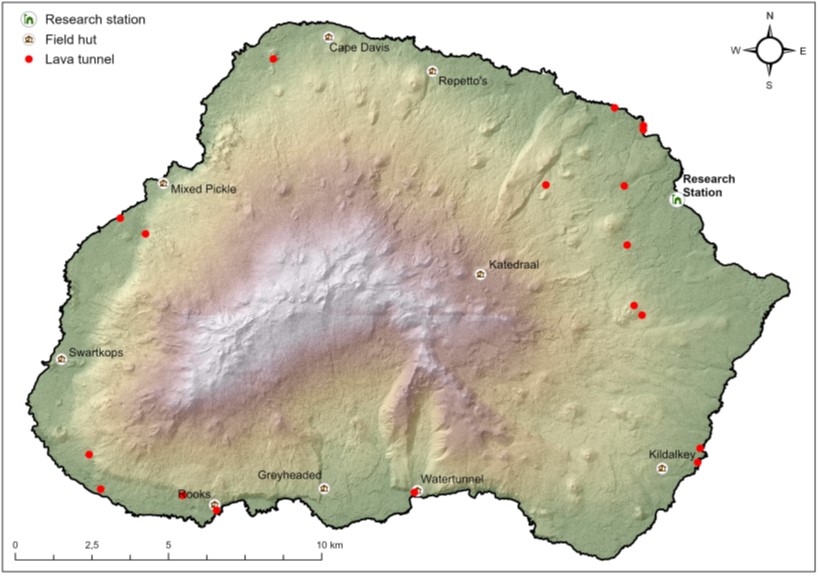 The known caves and lava tunnels of Marion Island; the nine field huts are also shown

Hand baiting will also be undertaken around and underneath the buildings of the meteorological/research station, at the island’s nine field huts and at any other artificial structures in the field.  This will follow the accepted practice of hand baiting such structures while attempting eradication of rodents on seabird-breeding islands in the Southern Ocean.

With thanks to Keith Springer, Operations Manager, Mouse-Free Marion Project.