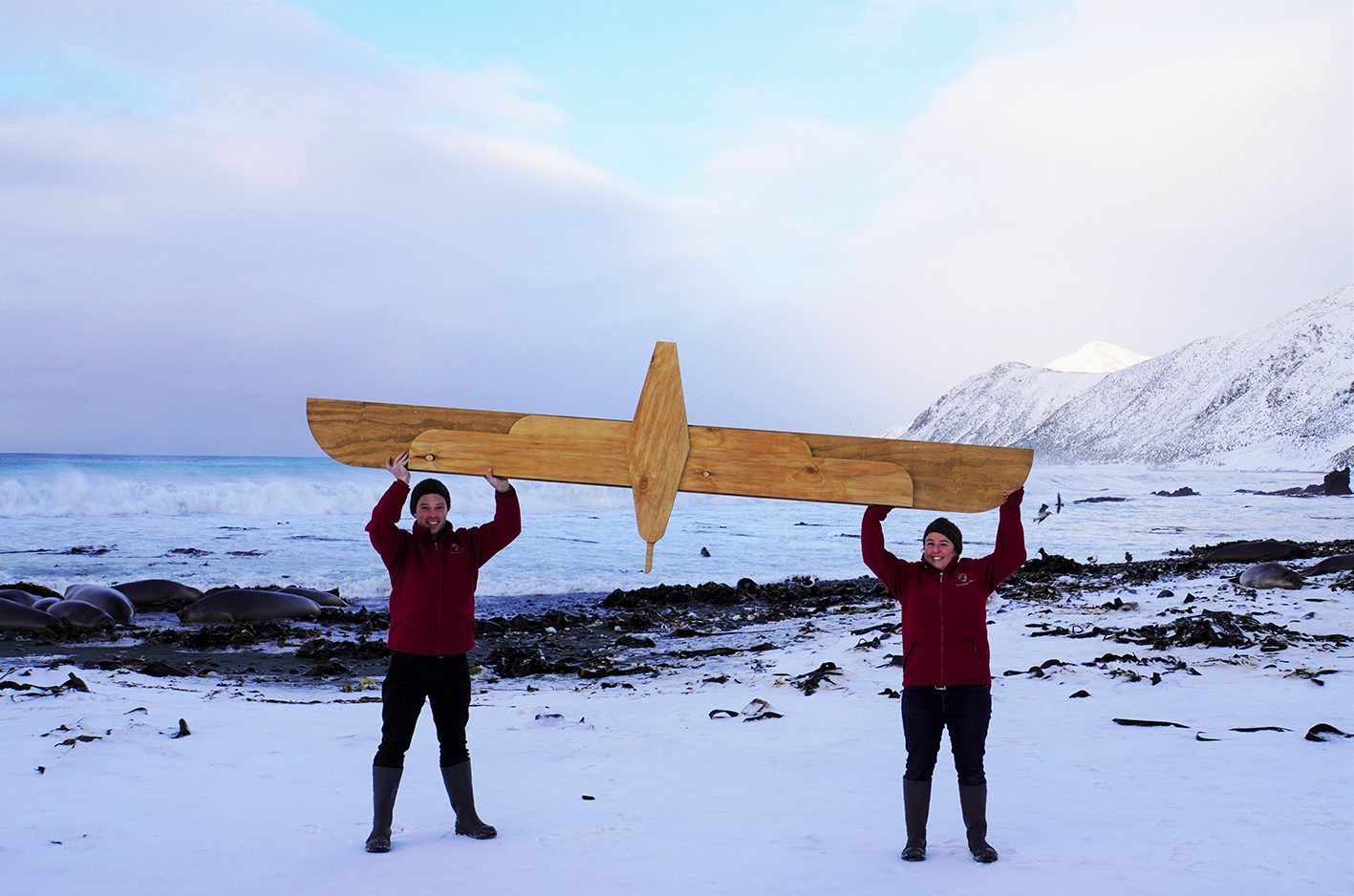 To celebrate World Albatross Day 2022 on Australia’s sub-Antarctic Macquarie Island (a nature reserve and World Heritage Site), Tasmania Park and Wildlife Service rangers Jarrod Hodgson and Andrea Turbett constructed a life-sized Wandering Albatross Diomedea exulans sculpture out of wood.  On 19 June ‘Barbara’ was due to ‘fledge’ to the main living area on the station and then double as the centrepiece decoration for the following midwinter celebrations. 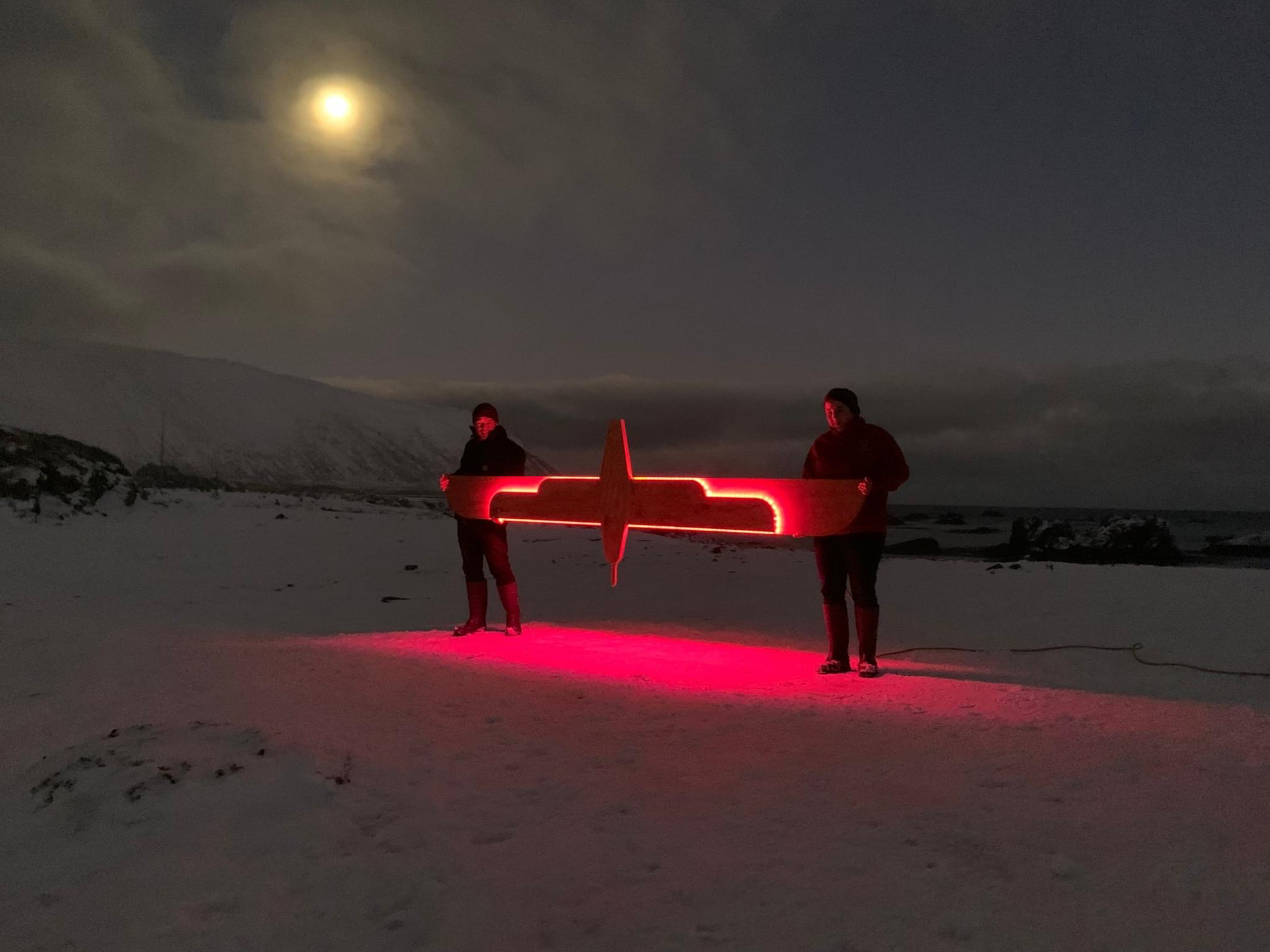 And she lights up at night! Photograph from Jarrod Hodgson

“Macquarie Island provides critical breeding habitat for Australia’s extremely small Wandering Albatross population. This year there are six Wandering Albatross chicks on the island.  The nests are all located in very remote and spectacular locations: five are in the rugged south‑west corner of the island and the other nest is on the north‑west coast. The chicks hatched at the start of the year and will live at their nest alone, including through the sub‑Antarctic winter, until it is time to fledge at the end of the year. Remote cameras are located at each nest to non-invasively monitor the breeding ecology of the birds.

The successful eradication of rabbits, rats and mice from Macquarie Island (the Macquarie Island Pest Eradication Project, declared a success in 2014) has helped restore the quality of albatross breeding habitat, most evident through the recovery of the tussock vegetation. The removal of these invasive pests also means there is no possibility of them having an impact on breeding birds and chicks (click here)”. 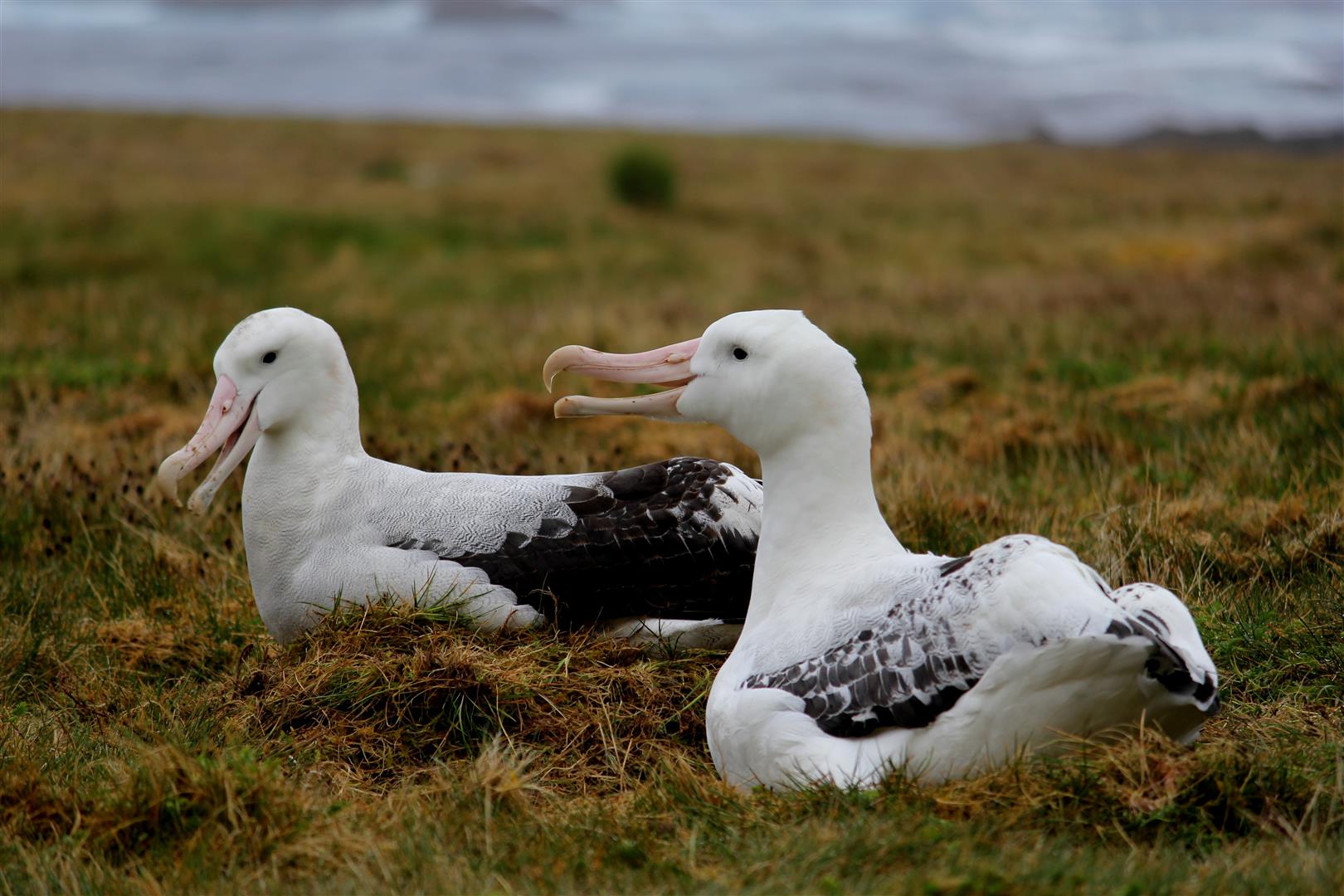 With thanks to Keith Springer, Operations Manager, Mouse-Free Marion Project.