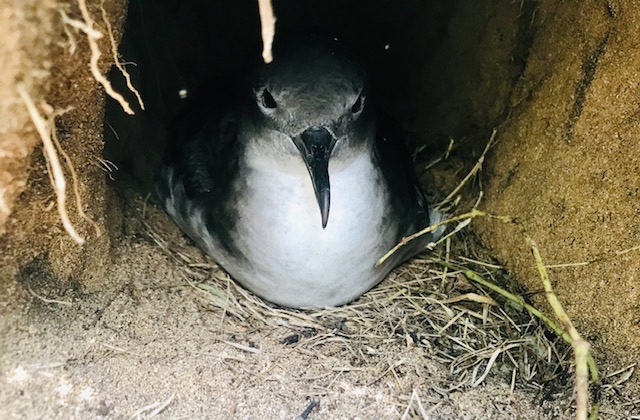 A Wedge-tailed Shearwater in its burrow on Oahu, photograph from Pacific Rim Conservation

“Moon, high and deep in the sky
Your light sees far,
You travel around the wide world,
and see into people's homes.
Moon, stand still a while
and tell me where is my dear.
Tell him, silvery moon,
that I am embracing him.
For at least momentarily
let him recall of dreaming of me.
Illuminate him far away,
and tell him, tell him who is waiting for him!
If his human soul is, in fact, dreaming of me,
may the memory awaken him!
Moonlight, don't disappear, disappear!

“Song to the Moon”, in translation, from the opera Rusalka by Antonin Dvorak