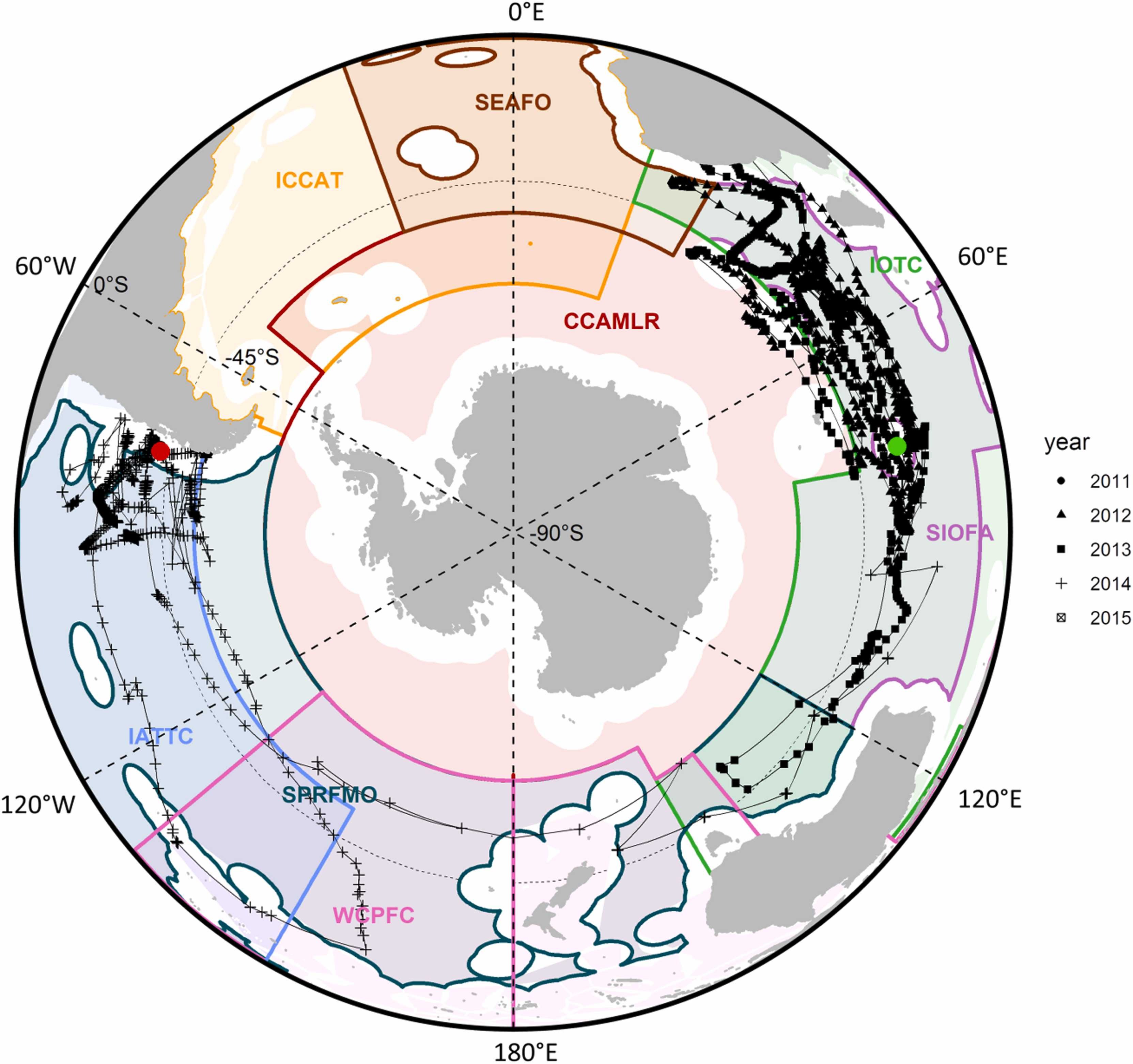 Karine Delord (Centre d′Etudes Biologiques de Chizé, Villiers-en-Bois, France) and colleagues have published in the journal Marine Policy on the implications for conservation of a juvenile Amsterdam Albatross Diomedea amsterdamensis (Endangered) travelling eastward to the Chilean coast of the Pacific Ocean.

"Albatrosses are amongst the most globally-threatened species and fisheries bycatch is one of the major conservation issues worldwide. Among the albatrosses the Amsterdam albatross is listed as one of the most endangered species.  Within the current National Plan of Actions framework, the present study outlines the first results of a multi-year survey evaluating juvenile dispersal and immature at sea distribution using geolocation and conservation implications.  Here we report the first evidence of an Amsterdam albatross wandering for extensive periods outside the Indian Ocean, in the Pacific Ocean.  This unprecedented and novel finding is discussed in terms of overlaps with fisheries and conservations issues.   This study brings new insights on movements of vagrant stages of an endangered species, paving the way for refined assessments updates of species vulnerability to ongoing anthropogenic threats while providing basic conservation guidance. This makes it possible to point out the responsibility of the various management bodies both for the high seas regional fisheries management organisations and for exclusive economic zones." 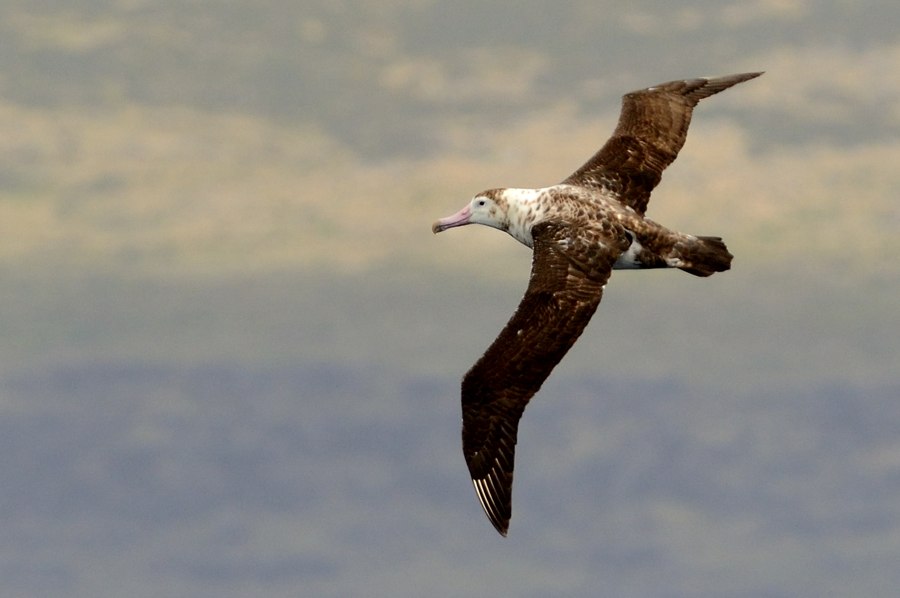 An Amsterdam Albatross at sea; photograph by Kirk Zufelt

With thanks to Karine Delord.