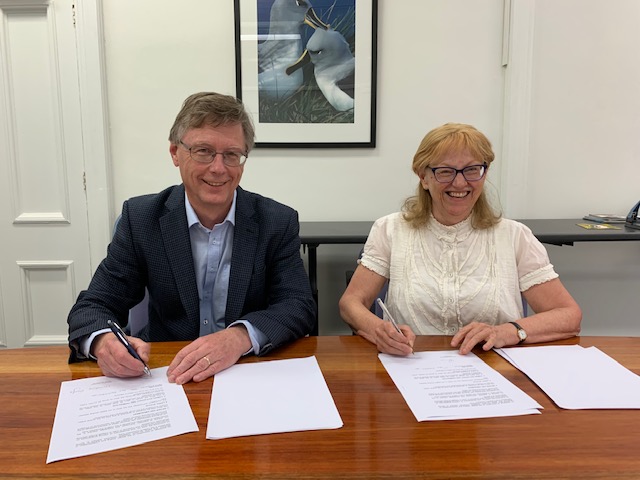 The Albatross and Petrel Agreement has renewed its Memorandum of Understanding (MoU) with the Convention for the Conservation of Antarctic Marine Living Resources (CCAMLR).  The new MoU was signed between the ACAP and CCAMLR Secretariats, represented respectively by Executive Secretaries Christine Bogle and David Agnew, on 9 November 2021.  The new MoU is the fourth since the original was signed in 2013 (click here).  The objective of the MoU with CCAMLR is to facilitate cooperation with a view to supporting efforts to minimise the incidental by-catch of albatrosses and petrels listed in Annex 1 of ACAP within the CAMLR Convention Area. 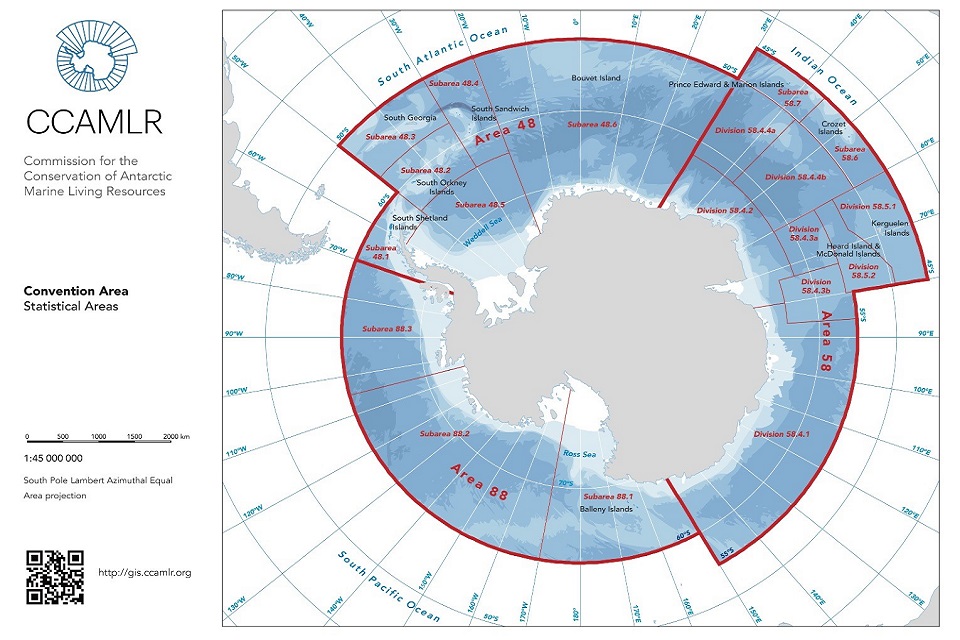 The newly-signed MoU closely resembles the previous MoU with CCAMLR, which expired in November 2021.  An important addition allows for CCAMLR to share routinely summarised seabird mortality data with the ACAP Secretariat in advance of annual CCAMLR Scientific Committee meetings.  The addition resulted from discussions at the recently concluded 40th Meeting of CCAMLR’s Scientific Committee (SC CAMLR-40) and the 40th Meeting of the Commission (CCAMLR-40).  At these meetings the ACAP Secretariat stated that to prepare effectively for its participation in the annual CCAMLR Scientific Committee meetings it would be helpful if the CCAMLR Secretariat were able to share in advance the summaries of seabird incidental mortality data presented to the Fish Stock Assessment Working Group, and to the Incidental Mortality in Associated Fisheries Working Group, the latter having been re-established at this year’s meetings.

The re-established WG-IMAF is to be co-convened by Nathan Walker of New Zealand and Marco Favero from Argentina.  Both Nathan and Marco are well known to the ACAP community, being respectively the previous Chair of the ACAP Scientific Committee and previous Executive Secretary.