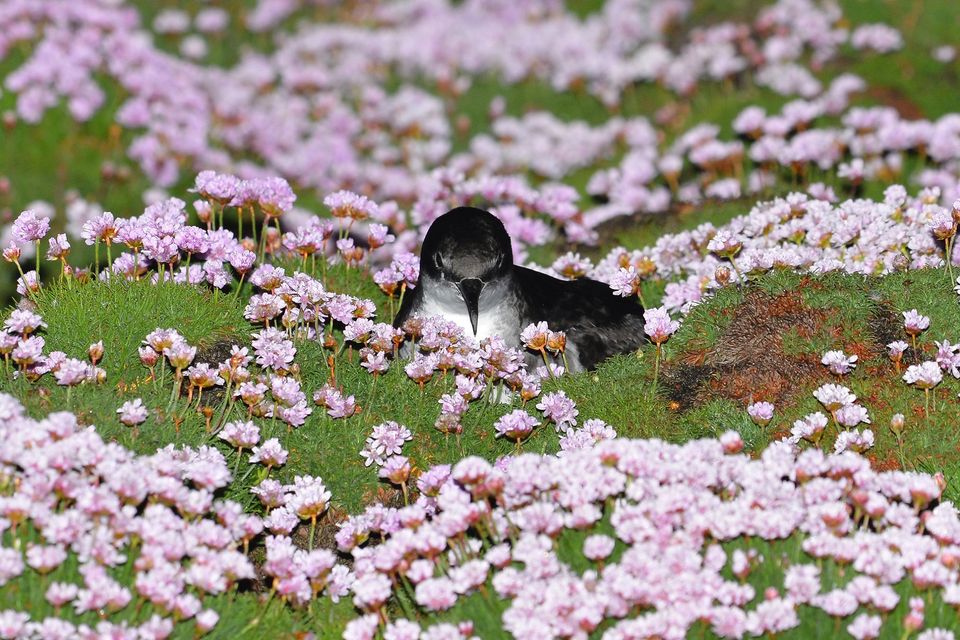 A Manx Shearwater rests among flowers on a breeding island, photograph by Chris Perrins

“There is increasing evidence for impacts of light pollution on the physiology and behaviour of wild animals. Nocturnally active Procellariiform seabirds are often found grounded in areas polluted by light and struggle to take to the air again without human intervention. Hence, understanding their responses to different wavelengths and intensities of light is urgently needed to inform mitigation measures. Here, we demonstrate how different light characteristics can affect the nocturnal flight of Manx shearwaters Puffinus puffinus by experimentally introducing lights at a colony subject to low levels of light pollution due to passing ships and coastal developments. The density of birds in flight above the colony was measured using a thermal imaging camera. We compared number of flying shearwaters under dark conditions and in response to an artificially introduced light, and observed fewer birds in flight during ‘light-on’ periods, suggesting that adult shearwaters were repelled by the light. This effect was stronger with higher light intensity, increasing duration of ‘light-on’ periods and with green and blue compared to red light. Thus, we recommend lower light intensity, red colour, and shorter duration of ‘light-on’ periods as mitigation measures to reduce the effects of light at breeding colonies and in their vicinity.”