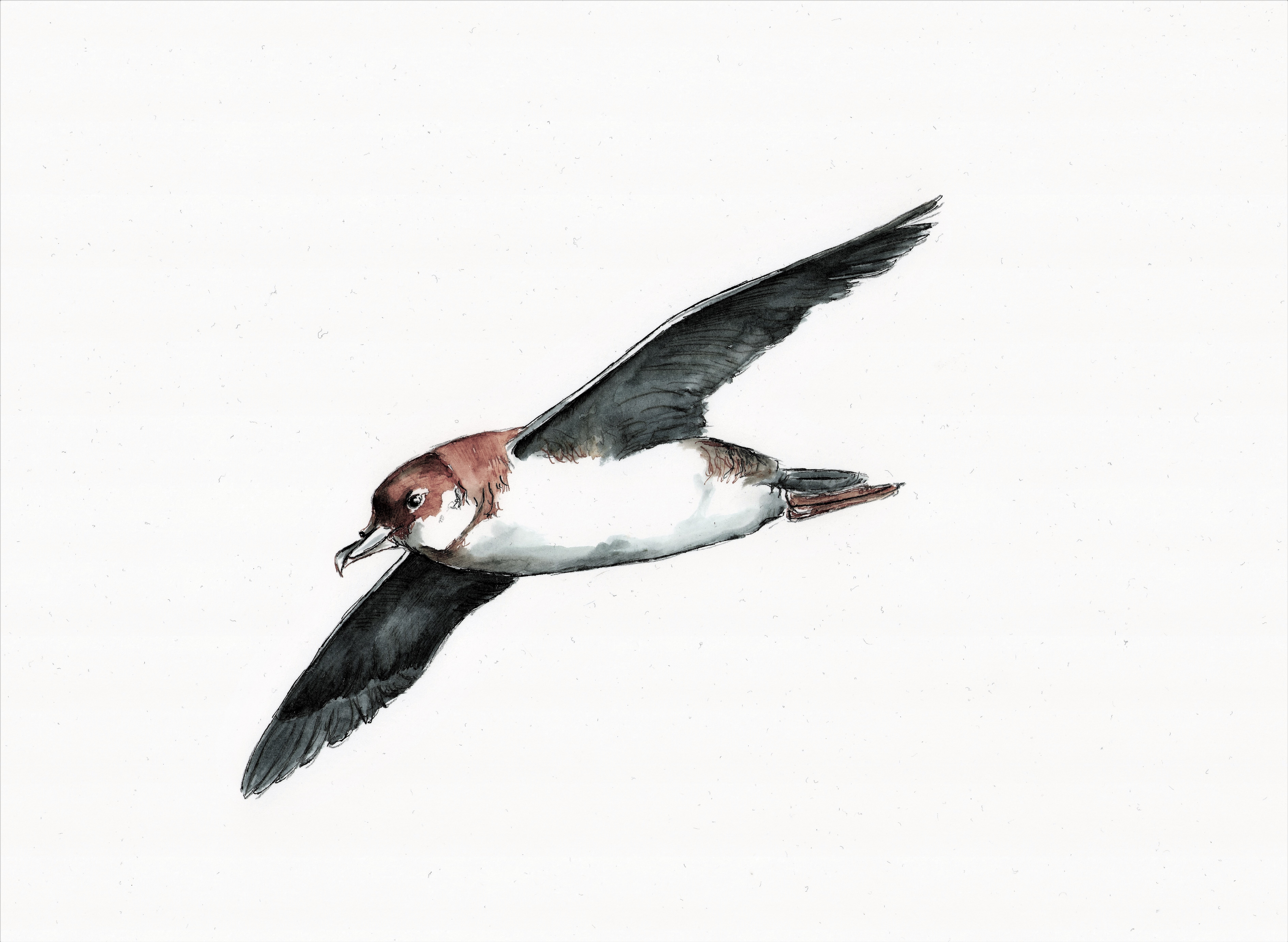 Grey Petrel, ink wash by Lea Finke for ACAP, after a photograph by Hadoram Shirihai

“Ocean circulation connects geographically distinct ecosystems across a wide range of spatial and temporal scales via exchanges of physical and biogeochemical properties. Remote oceanographic processes can be especially important for ecosystems in the Southern Ocean, where the Antarctic Circumpolar Current transports properties across ocean basins through both advection and mixing. Recent tracking studies have indicated the existence of two large-scale, open ocean habitats in the Southern Ocean used by grey petrels (Procellaria cinerea) from two populations.

during their nonbreeding season for extended periods during austral summer (i.e., October to February). In this work, we use a novel combination of large-scale oceanographic observations, surface drifter data, satellite-derived primary productivity, numerical adjoint sensitivity experiments, and output from a biogeochemical state estimate to examine local and remote influences on these grey petrel habitats. Our aim is to understand the oceanographic features that control these isolated foraging areas and to evaluate their ecological value as oligotrophic open ocean habitats. We estimate the minimum local primary productivity required to support these populations to be much <1% of the estimated local primary productivity. The region in the southeast Indian Ocean used by the birds from Kerguelen is connected by circulation to the productive Kerguelen shelf. In contrast, the region in the south-central Pacific Ocean used by seabirds from the Antipodes is relatively isolated suggesting it is more influenced by local factors or the cumulative effects of many seasonal cycles. This work exemplifies the potential use of predator distributions and oceanographic data to highlight areas of the open ocean that may be more dynamic and  previously thought. Our results highlight the need to consider advective connections between ecosystems in the Southern Ocean and to re-evaluate the ecological relevance of oligotrophic Southern Ocean regions from a conservation perspective.”