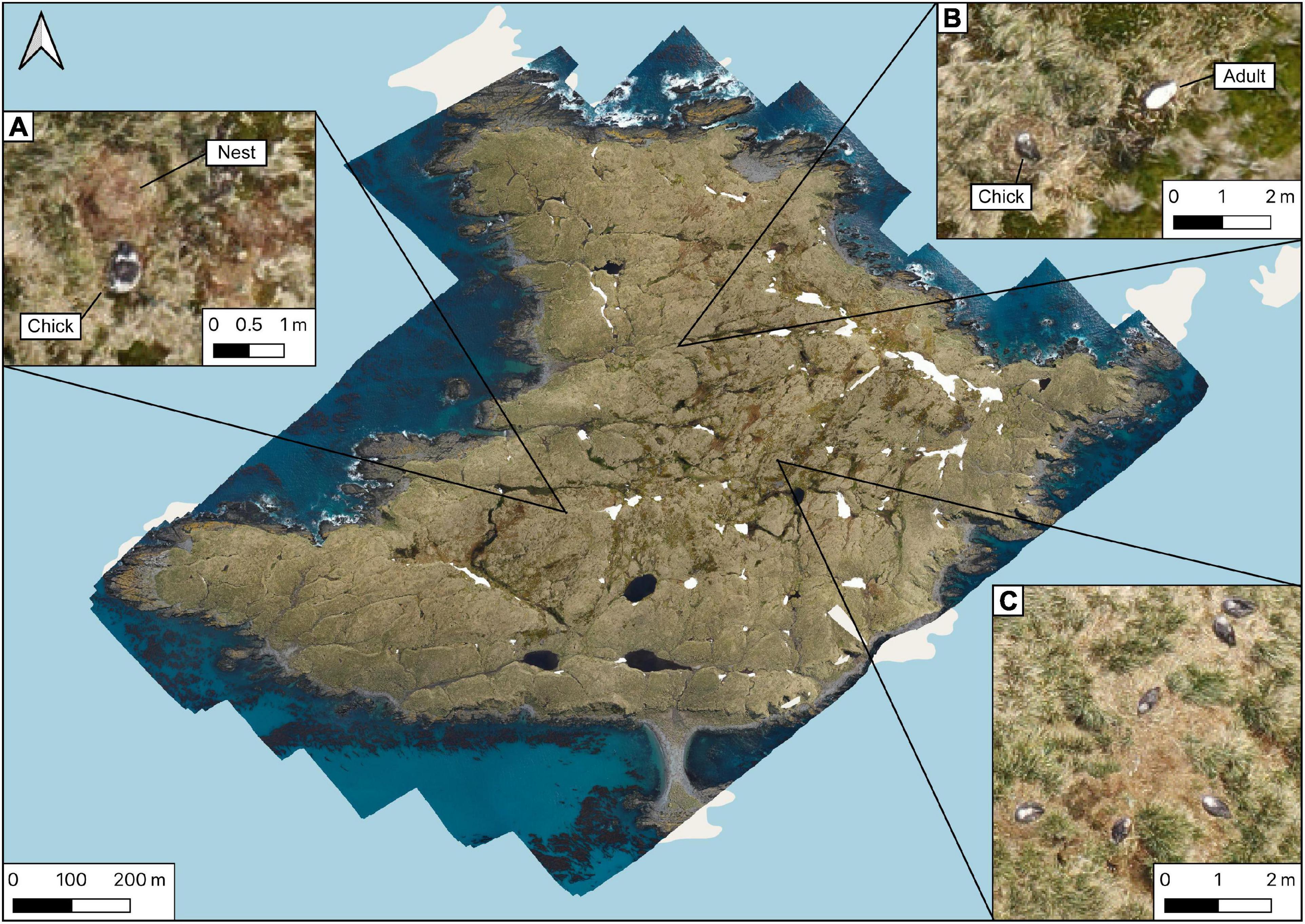 John Dickens (British Antarctic Survey, Cambridge, United Kingdom) and colleagues have published open access in the journal Frontiers in Marine Science on using drones (UAVs) in monitoring albatrosses, penguins and seals on sub-Antarctic islands in the South Atlantic.  “A total of nine islands, historically recorded as breeding sites for wandering albatross, were surveyed with 144 fledglings and 48 adults identified from the aerial imagery”.

“Many remote islands present barriers to effective wildlife monitoring in terms of challenging terrain and frequency of visits. The sub-Antarctic islands of South Georgia and the South Sandwich Islands are home to globally significant populations of seabirds and marine mammals. South Georgia hosts the largest breeding populations of Antarctic fur seals, southern elephant seals and king penguins as well as significant populations of wandering, black-browed and grey-headed albatross. The island also holds important populations of macaroni and gentoo penguins. The South Sandwich Islands host the world’s largest colony of chinstrap penguins in addition to major populations of Adélie and macaroni penguins. A marine protected area was created around these islands in 2012 but monitoring populations of marine predators remains a challenge, particularly as these species breed over large areas in remote and often inaccessible locations. During the 2019/20 austral summer, we trialled the use of an unoccupied aerial vehicle (UAV; drone) to monitor populations of seals, penguins nd albatross and here we report our initial findings, including considerations about the advantages and limitations of the methodology. Three extensive southern elephant seal breeding sites were surveyed with complete counts made around the peak pupping date, two of these sites were last surveyed 24 years ago. A total of nine islands, historically recorded as breeding sites for wandering albatross, were surveyed with 144 fledglings and 48 adults identified from the aerial imagery. The UAV was effective at surveying populations of penguins that nest on flat, open terrain, such as Adélie and chinstrap penguin colonies at the South Sandwich Islands, and an extensive king penguin colony on South Georgia, but proved ineffective for monitoring macaroni penguins nesting in tussock habitat on South Georgia as individuals were obscured or hidden by vegetation. Overall, we show that UAV surveys can allow regular and accurate monitoring of these important wildlife populations.”