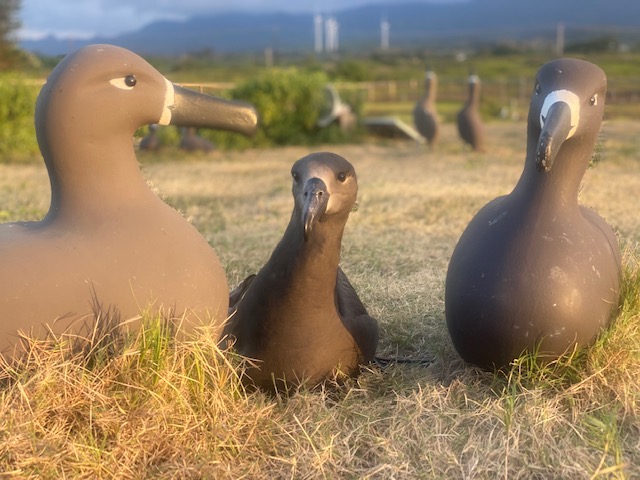 The first Black-footed Albatross Phoebastria nigripes (Near Threatened) of the current cohort of translocated and hand-reared chicks fledged from the James Campbell National Wildlife Refuge on the Hawaiian island of Oahu on the morning of 19 June – World Albatross Day.  The previous year’s cohort also fledged its first on 19 June!

“This is the fifth, and final year of Black-footed Albatross translocations in the hope of establishing a new colony on an island safe from predicted sea level rise.”

Read more about the translocation programme in ACAP Latest News and here.

The James Campbell National Wildlife Refuge may not be the first locality on Oahu where Black-footed Albatrosses commence breeding.  It might be in the Kaena Point Natural Area Reserve as early as next year (click here).

News from the Facebook page of Pacific Rim Conservation.