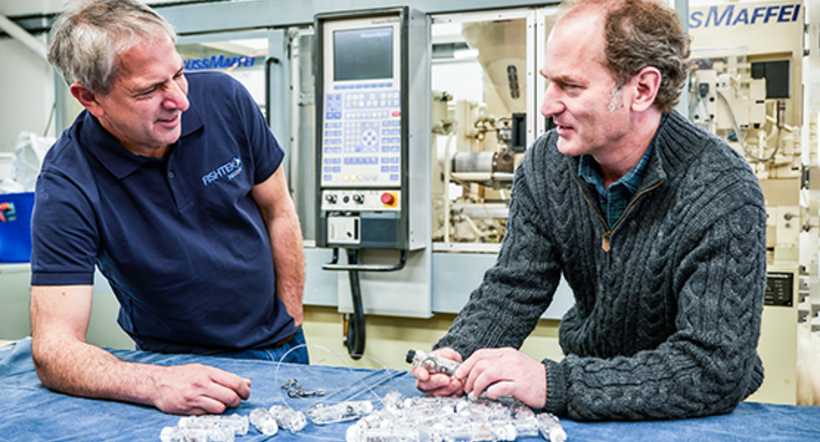 British brothers Ben and Pete Kibel, an engineer and a fisheries biologist respectively, are the creators of Hookpod, a reusable and low-cost device that prevents the deaths of seabirds during longline fishing.  The Hookpod encapsulates baited hooks until they sink to a depth inaccessible to seabirds.  It has been recommended by ACAP as a best-practice mitigation measure.

“The Hookpod is a clear, polycarbonate capsule that is clipped over the points and barbs of longline fishing hooks. On the surface, this prevents scavenging seabirds from getting caught on the hooks by physically blocking their access to them. The core of the device is a pressure-operated mechanism that consists of a watertight tube containing a piston and a small quantity of trapped air. Once the encapsulated hook sinks to 20 metres below the surface – out of range for most seabirds – the force generated by the water pressure on the end of the piston becomes greater than the force acting in the opposite direction, driving the piston inwards. The piston continues to move until it releases a latch, which opens the device and releases the baited hook.  When the fishing session is complete, fishermen can clip the Hookpod shut for subsequent use.”

An introduction to the Hookpod; produced by When It Rains Creative

The Kibel brothers have now been named finalists – along with five others - in the Small and Medium-sized Enterprises (SMEs) category of the European Inventor Award 2021, which will take place digitally on 17 June 2021 (during 'WADWEEK2021').   The award is administered by the European Patent Office (EPO).  EPO President António Campino says “the Kibel brothers have combined ingenuity with their commitment to the environment to develop a solution that protects vulnerable marine life.”