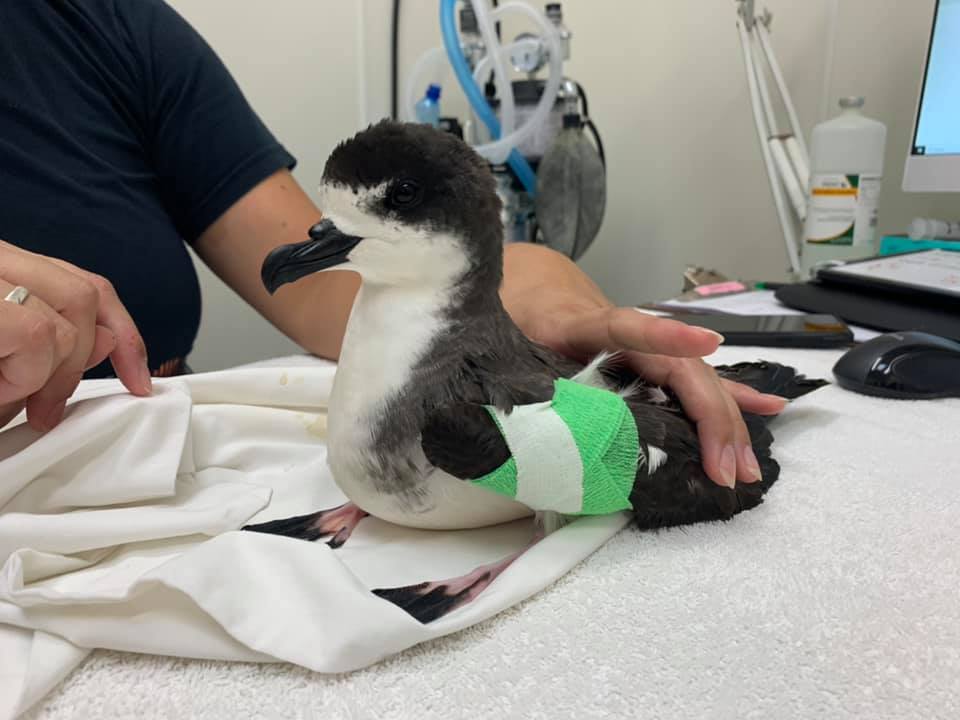 Hawaiian Petrel with a broken wing under care, possibly from a powerline collision; photograph by the Hawaii Wildlife Center