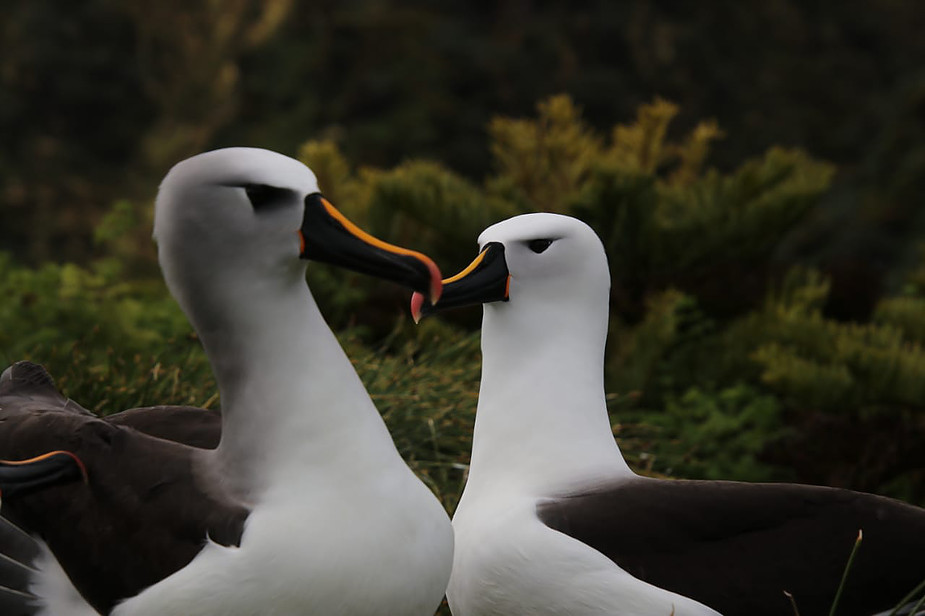 Dilini Abeyrama (University of Lethbridge, Alberta, Canada) and colleagues have published in the journal Conservation Genetics on the genetics of two species of Atlantic Thalassarche chlororhynchos and Indian T. carteri yellow-nosed albatrosses.

“The two species of yellow-nosed albatross, Atlantic (Thalassarche chlororhynchos) and Indian (T. carteri), are morphologically similar, but they differ in breeding behaviour and distribution. Both species are listed as endangered by the IUCN due to the limited number of breeding sites, threats from introduced predators and diseases, and impact of commercial fishing. We quantified genetic variation between and within the two species. Using nuclear (microsatellites and two nuclear sequences) and mitochondrial (control region) markers, we analysed 354 samples from four breeding islands (Atlantic: Nightingale, Inaccessible, and Gough; Indian: Amsterdam) and bycatch samples from South Africa and New Zealand. In addition to all markers separating the two species, nuclear markers showed Atlantic yellow-nosed albatrosses from Gough Island are genetically distinct from those breeding at Nightingale and Inaccessible Islands in the Tristan da Cunha archipelago. Nuclear markers confirmed that all bycatch samples were Indian yellow-nosed albatrosses, however, the bycatch birds from South Africa and New Zealand were distinct from each other and from birds breeding on Amsterdam Island, suggesting colony specific dispersal at sea. Our study supports the current recognition of two yellow-nosed albatross species and recognises genetically distinct groups of both Atlantic and Indian yellow-nosed albatross breeding on different islands, which is important for their conservation and management.”
Reference: