Occurrence of Black-browed Albatrosses off the coast of Peru 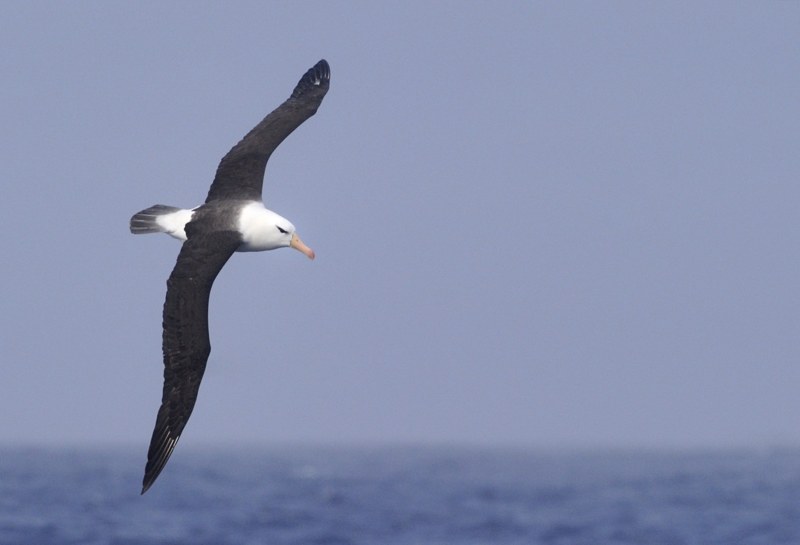 “The Black-browed Albatross (Thalassarche melanophris) has a circumpolar, well-documented, breeding distribution in the southern hemisphere. However, information on post-breeders and juveniles dispersal is scarce, particularly off western South America. Records off Chile occur commonly as north as ~24°S. Although the presence of the species in Peru is documented, the limited number of records is insufficient to describe the species status on Peruvian waters. To fulfill this gap, we conducted two at-sea surveys during fall and spring 2019 to determine their seasonal distribution, abundance, and habitat preference on Peruvian waters. We recorded sightings along 36 transects from the coast up to 100 nm offshore. We surveyed 7678 km2 over 483.7 h of observation, recording 46 individuals in autumn and 4 in spring, occurring only from Callao (12°S) to the southern limit (18°20′S), with the greatest concentration found between 16 and 17°S. Black-browed Albatrosses occurred mainly over the continental slope (5.91 birds/100 km2). The majority of sightings corresponded to adults (63%), whereas sub-adults (37%) were mainly second-year juveniles (67%). The significant drop in density during spring and the large presence of adults during autumn suggests that post-breeders reach southern Peru during their wintering migration, returning to their breeding colonies in southern Chile, next spring. Given the absence of Black-browed Albatrosses north of Callao, we suggest that the northern limit for the species is related to the coastal branch of the Humboldt Current System and competition with the Waved (Phoebastria irrorata) and Salvin’s (Thalassarche salvini) Albatrosses, which are abundant in the warmer waters off central-north Peru.” 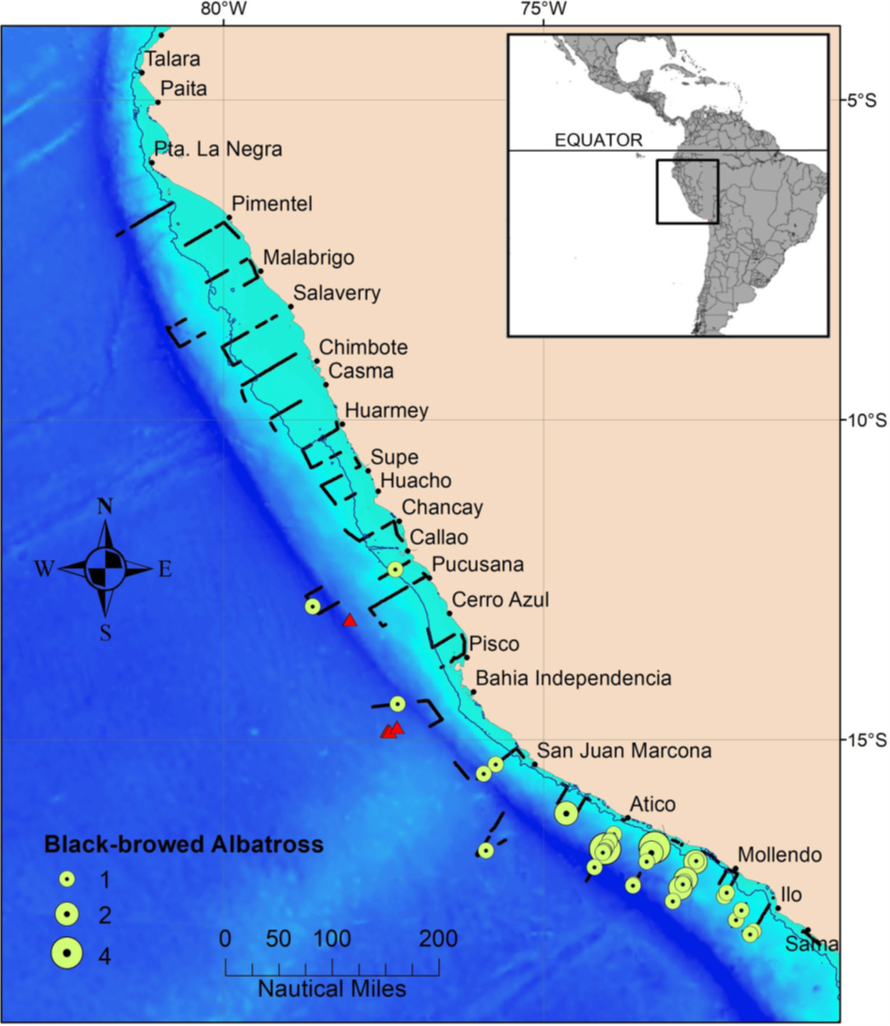