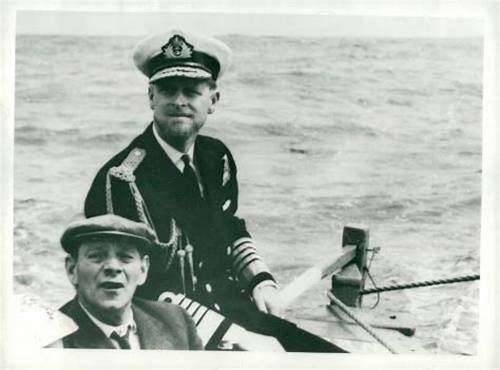 A bearded Prince Phillip, in Royal Naval uniform as an Admiral of the Fleet, steers while approaching the landing on Tristan da Cunha on 17 January 1957, a day after going ashore on Gough Island

The passing of Prince Phillip, Duke of Edinburgh on 9 April is being marked around the world.  With reminisces appearing in news media of his many activities over so many years, one that is unlikely to come to the fore is his visit to the United Kingdom’s Gough Island in the South Atlantic.

An aerial view of Gough Island looking north. The Glen is on the east coast on the right, the current meteorological station is visible on the left

Travelling on the Royal Yacht Britannia, on his way to Tristan da Cunha Prince Phillip went ashore on 16 January 1957 for a few hours at The Glen – the site of the original meteorological station.  There he met both Northern Rockhopper Penguins Eudyptes moselyi and J.J. van der Merwe, Leader of the South African weather team.  On the island he was filmed in black and white by Pathe newsreels working his way across the rounded (and slippery from personal experience) rocks in the stream that debouches into the sea at The Glen.  A keen photographer, the Duke produced a book “Birds from Britannia” illustrating seabirds he had encountered on his voyage, including Gough’s penguins.

His experience ashore on what has been more than once referred to as the one of the most important seabird islands in the world led to him writing the foreword to “Mountains in the Sea” the story of the Gough Island Scientific Survey of 1955/56.  His foreword ends “If every man has to face his Everest some time during his life, I strongly recommend him to get his Gough Island in first.  There is no better preparation”.  A sentiment agreed to by ACAP’s Information Officer who has done his own Everest preparation stomping over the mountainous island on 18 visits over the years. 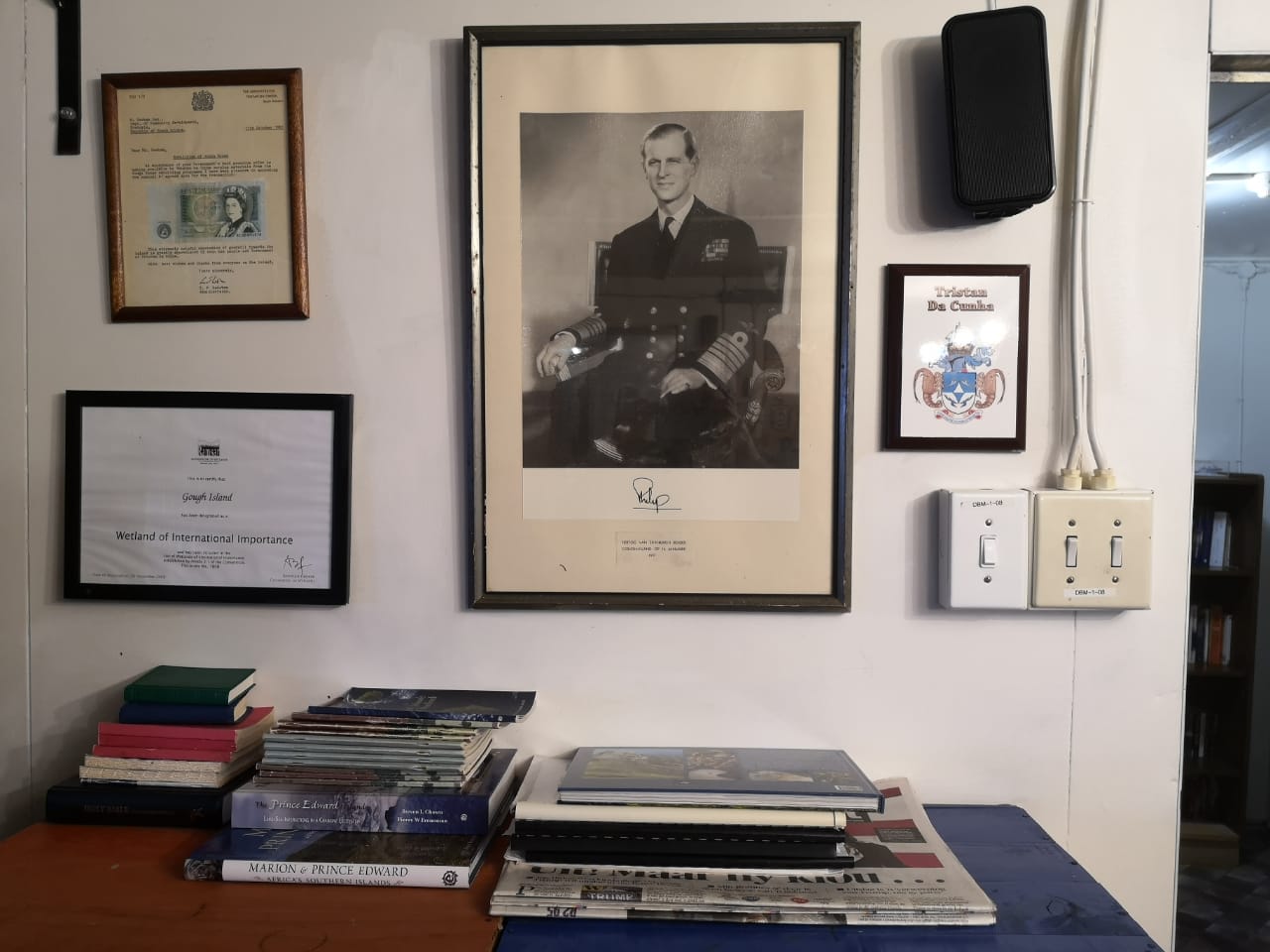 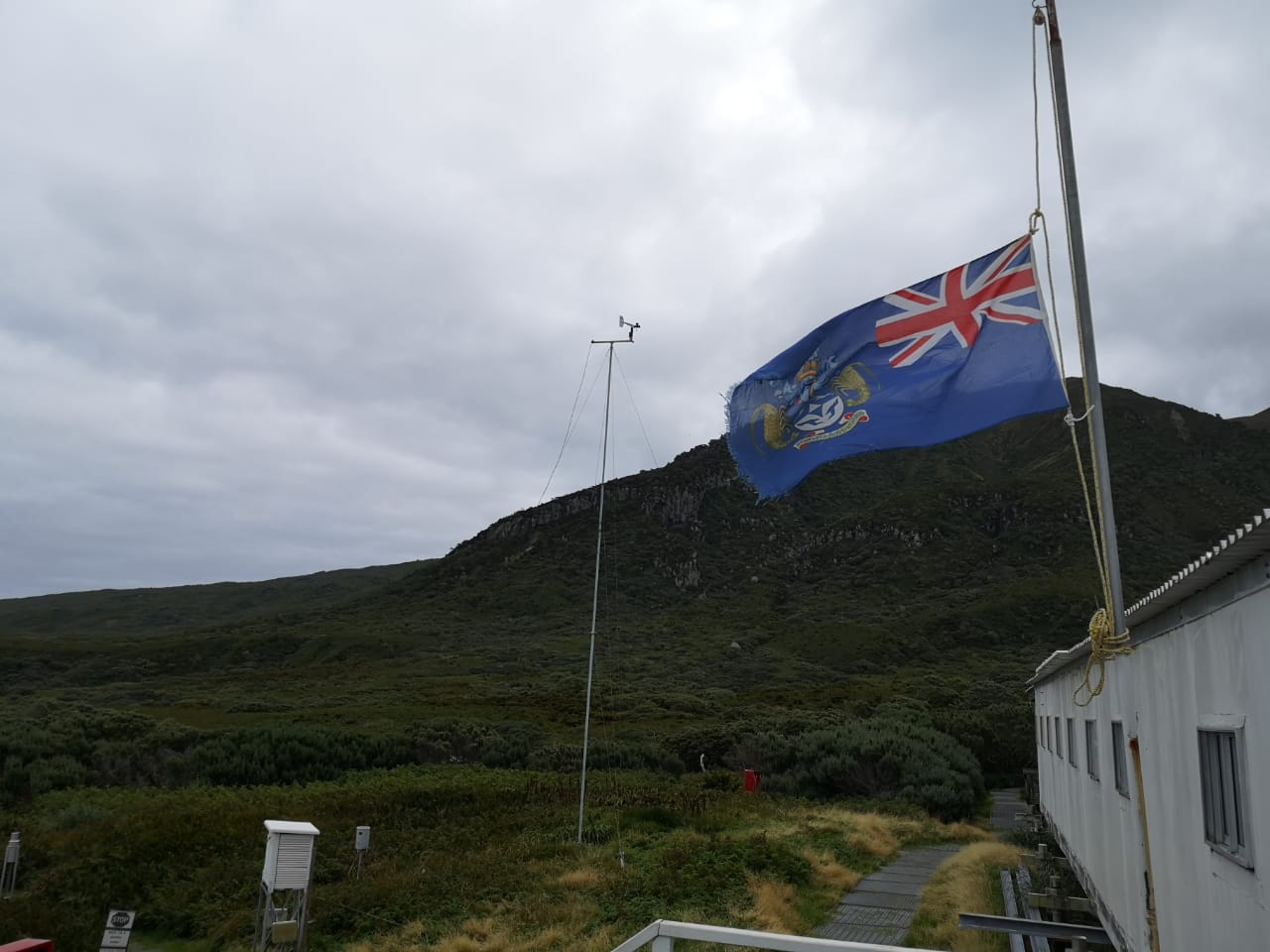 Gough Island is home to all but a handful of pairs of the Critically Endangered Tristan Albatross Diomedea dabbenena, threatened ashore by introduced House Mice Mus musculus that attack and kill its chicks.  It is hoped the mice’s days are numbered as the Gough Island Restoration Programme ramps up to an eradication attempt in a few months’ time.  Surely, Prince Phillip, a conservationist of note, would have been interested in hearing the outcome of the eradication 64 years after his own visit.  In Gough House, the main building of the island’s current weather station, has long hung a signed official portrait of the Prince, so in one way he will be “on site” to witness the events this austral winter. 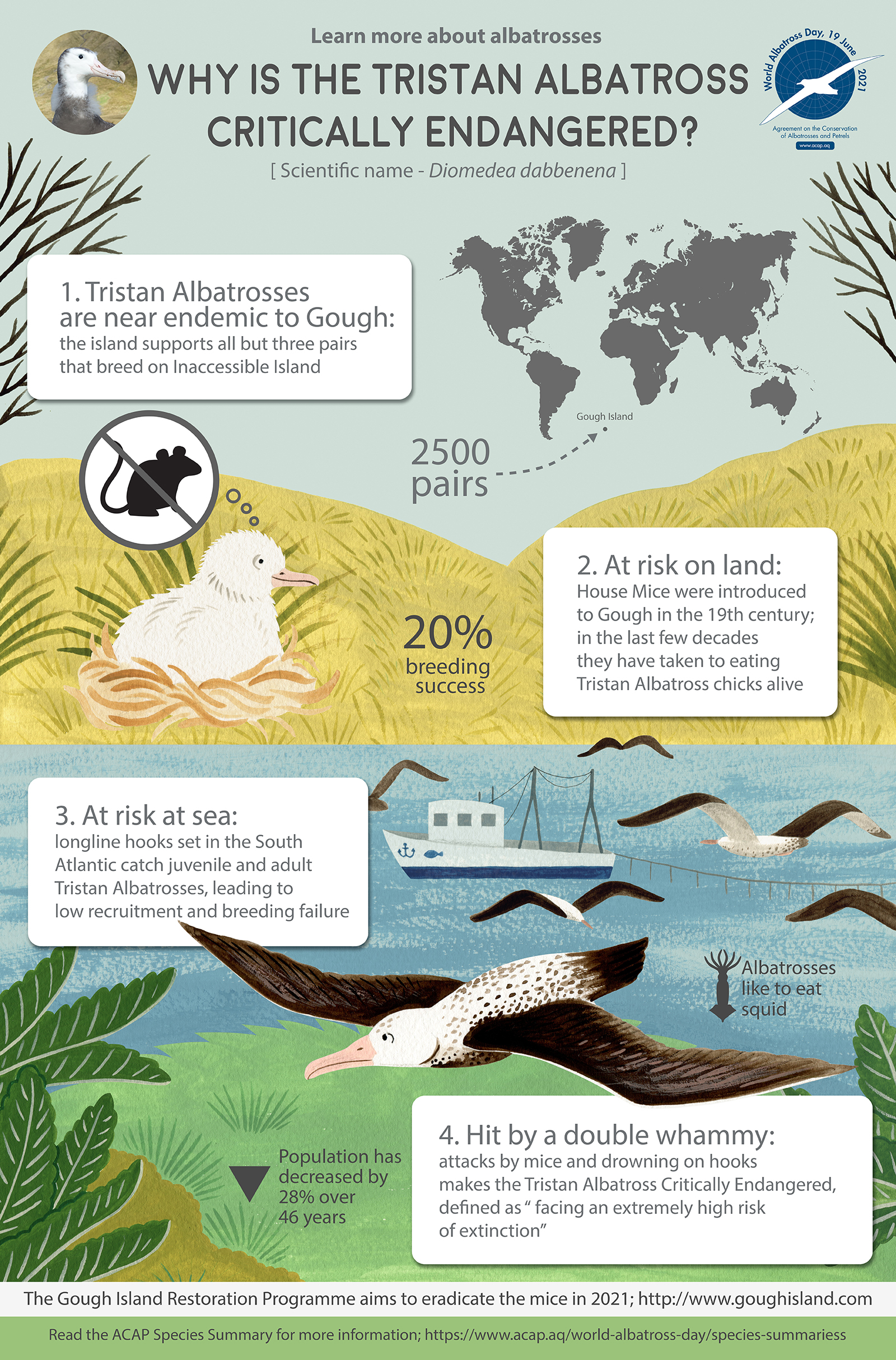 A World Albatross Day infographic for the Tristan Albatross

With grateful thanks to Michelle Risi & Kim Stevens on Gough Island.